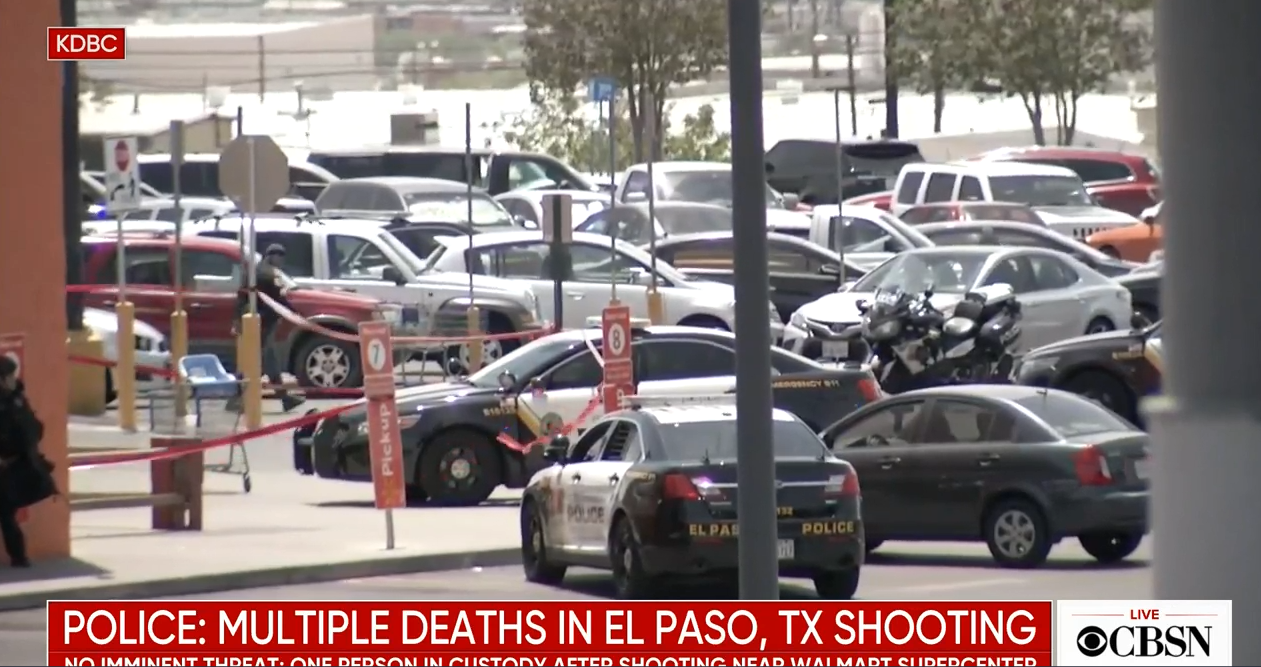 (Natural News) Details surrounding the mass shooting at a Walmart store in El Paso, a Texas city bordering Juarez, Mexico, are continuing to roll in, but already there are conflicting witness accounts versus what police and other authorities are reporting.

Initially, as reported by Mike Adams, the Health Ranger, at Natural News, authorities were claiming that the shooting was the result of “gang-related terrorism” and that there were three people in custody:

— The shooting took place at the Cielo Vista Mall Wal-Mart, and it is currently reported that 18 people have been killed, with another 30 reported as injured so far.

— Multiple gunmen are being reported. “Three suspects” were said to be in custody by a law enforcement official in El Paso, according to a live update on KTSM news. The presence of multiple shooters will often be deleted from the media as the official fake news media narrative will reduce these events to a single shooter. One witness interviewed by KTSM, Glendon Oakley, said he heard there were “four shooters.” Oakley told KTSM that he is in the military and has a concealed carry permit, but did not indicate whether he was carrying a firearm at the time.

Within an hours, however, the story had changed: Just one alleged shooter had been taken into custody, and a video of him entering the Walmart with an AK-47-style rifle was circulated to various media outlets.

“Just as we predicted, below, the fake news media is now ‘ruling out multiple shooters’ even though countless witnesses are reporting ‘three people rushing in’ with AK-47s and directly witnessing multiple shooters,” Adams wrote. “As with nearly every staged, pre-planned shooting event, the media covers up the truth about multiple shooters and tries to memory hole the truth. It’s happening right now as this shooting event is being twisted into a false narrative of a ‘lone gunman.’”

Photographer and journalist Ivan Pierre Aguirre was on the scene shortly after the shooting stopped and police were on the scene. He interviewed a woman, “Adriana,” and her children, who were inside the Walmart store getting ready to check out when “three or four men in black” as shooters rushed in.

Adriana and her two children were inside near the cash register when the shooting started. She says she saw 3 or 4 men in black as shooters. https://t.co/46Z5utWmE2

Will Trump and his supporters be blamed for this?

Adriana’s children also confirmed a) that there were at least three “hombres” in “negro” — men in black — doing the shooting; and b) they were definitely not “policia” — police officers.

A flyer calling for Antifa and other Left-wing groups to converge on the U.S.-Mexico border in September for “militancy training” and a “siege” of the city features Molotov cocktails and burning federal immigration vehicles.

“Antifa is leading a ‘Border Resistance’ militancy training tour that will converge on a 10-day siege in El Paso, TX,” Quillette editor Andy Ngo, who was attacked by Antifa thugs in Portland earlier this month, tweeted …

That flyer, coupled with the shooting Saturday in El Paso, caught the attention of Lt. Gov. Dan Patrick, who took to Twitter to warn Antifa members to stay out of the state.

TX Lt. Gov Dan Patrick warns Antifa, who was planning to come to El Paso, to stay out of TX after the Walmart tragedy

“Stay out of El Paso. Stay out of TX … scratch TX off your map and don’t come in … it is not the time and place for them to come at any time… stay out of TX” pic.twitter.com/JdNxCAUPqL

“Stay out of El Paso. Stay out of TX … scratch TX off your map and don’t come in … it is not the time and place for them to come at any time… stay out of TX,” Patrick noted.

At least one Twitter account belonging to an Antifa-related organization said in response it would try “super hard” to take “full advantage” of the incident.

There is a belief among patriots that the deceptive Left-wing media will attempt to pin this tragedy on them and on POTUS Donald Trump somehow. Stay tuned.