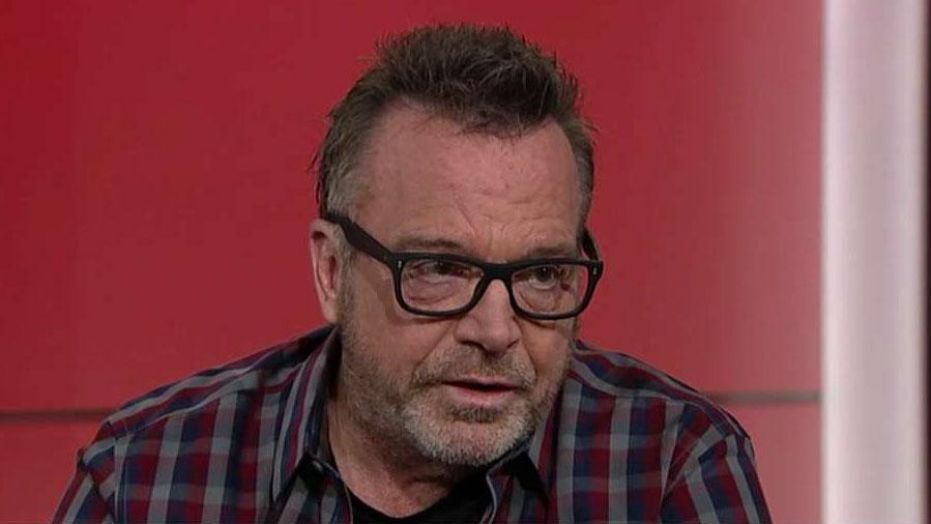 Here’s yet another example of the violent, murderous, intolerant Left.

Carmine Sabia writes for The Federalist Papers, August 2, 2019, that actor-comedian Tom Arnold, 60, most famous for being the ex-husband of Roseanne Barr, threatened to kill President Trump’s eldest son, Donald Trump Jr., 41, with a buck knife.

On August 2, 2019, Arnold tweeted this about a picture of Trump Jr. holding the tail of an elephant he hunted:

Looking forward to the day I’m standing over him wearing my bullet belt & safari khakis, my cartoon sized Daniel Boone buck knife in one hand his his [sic] teeny tiny tail in the other..

Arnold’s murderous threat was responded to by many tweets calling for the Secret Service to get involved.

For his part, Trump Jr. tweeted that he and his family “get daily death threats and exploding packages of white powder sent to our homes”.

There have been multiple documented incidents involving the Trump family over the years.

For instance, in 2018, a Massachusetts pleaded guilty after sending a letter with white powder to Trump Jr.’s apartment. His then-wife Vanessa Trump went to the hospital after opening the letter and feeling nauseous afterwards.