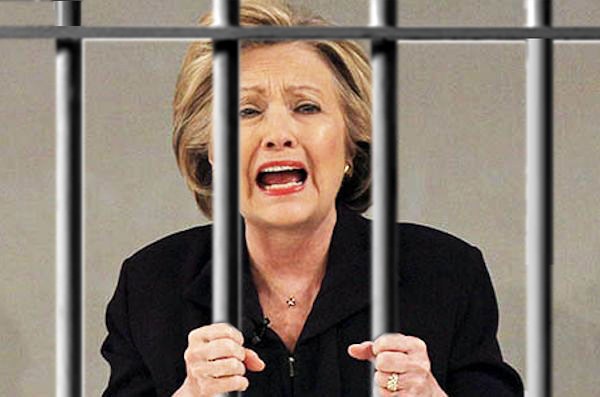 We sat through the Mueller witch hunt, now isn’t a Clinton-Ukraine investigation justified?

As much as I want to say Bull **it, Time Magazine seems to concur:

Between May 17, 2017 — the day Mueller was appointed Special Counsel — through Sept. 30, 2018, his office spent $12,287,852. This includes $7.3 million on salaries and benefits, $1.3 million on travel and transportation, and $2.2 million on rent and utilities. In the most recent of the three expense reports filed, the Special Counsel’s office also says it spent $15,618 on printing and copying needs.

Not included in these figures are “component expenses” incurred by the Department of Justice at large. These additional costs totaled $12,928,000, though the DOJ says it was not legally required to report them, and that they are approximate to what the DOJ would have spent elsewhere if the Special Counsel’s Office didn’t exist.

Mueller’s office has not yet filed an expense report for the last six months of his investigation, but including the DOJ’s contributions, the total reported cost so far is $25.2 million.

The fourth and final expense report has not yet been released, though it is likely that it will come out soon. The first three reports totaled approximately $6.8 million, $10 million and $8.5 million, respectively. So the last one, if comparable to the others, would make the final dollar amount of Mueller’s probe between $32 million and $35 million.

But wait, there’s more from Time:

Though that is a lot of money, the investigation may have actually paid for itself by uncovering tax evasion and fraud.

Trump’s former campaign chairman, Paul Manafort, was sentenced for obstruction of justice and conspiracy in September. Manafort, as part of his plea deal, agreed to forfeit assets valued around $42 million, including about $22 million in real estate property, according to CNBC, though a Justice Department official told NBC News that the money would not go directly to funding the investigation.

Time Magazine claims we made a profit from this Mueller probe.

So here’s an idea…

Let’s reinvest those profits and do it again with Hillary.

If our government is so efficient that it can turn a profit on a witch hunt, imagine what they could do with some real evidence on their side.

Somewhere in the sea of constant Mueller witch hunt press coverage, America has forgotten that there is a lot of proof that Hillary Clinton actually colluded with Ukraine.

The Hill reported, back in March:

After nearly three years and millions of tax dollars, the Trump-Russia collusion probe is about to be resolved. Emerging in its place is newly unearthed evidence suggesting another foreign effort to influence the 2016 election — this time, in favor of the Democrats.

Ukraine’s top prosecutor divulged in an interview aired Wednesday on Hill.TV that he has opened an investigation into whether his country’s law enforcement apparatus intentionally leaked financial records during the 2016 U.S. presidential campaign about then-Trump campaign chairman Paul Manafort in an effort to sway the election in favor of Hillary Clinton.

The leak of the so-called black ledger files to U.S. media prompted Manafort’s resignation from the Trump campaign and gave rise to one of the key allegations in the Russia collusion probe that has dogged Trump for the last two and a half years.

The parliamentarian also secured a court ruling that the leak amounted to “an illegal intrusion into the American election campaign,” Lutsenko told me. Lutsenko said the tape recording is a serious enough allegation to warrant opening a probe, and one of his concerns is that the Ukrainian law enforcement agency involved had frequent contact with the Obama administration’s U.S. Embassy in Kiev at the time.

“Today we will launch a criminal investigation about this and we will give legal assessment of this information,” Lutsenko told me.

Lutsenko, before becoming prosecutor general, was a major activist against Russia’s influence in his country during the tenure of Moscow-allied former President Viktor Yanukovych. He became chief prosecutor in 2016 as part of anti-corruption reforms instituted by current President Petro Poroshenko, an ally of the U.S. and Western countries.

Unlike the breathless start to the Russia collusion allegations — in which politicians and news media alike declared a Watergate-sized crisis before the evidence was fully investigated — the Ukraine revelations deserve to be investigated before being accepted.

After all, Ukraine is dogged by rampant corruption. It is a frequent target of Russian President Vladimir Putin’s dirty tricks. And it is a country that, just last year, faked a journalist’s death for one day, reportedly to thwart an assassination plot.

But the chief prosecutor, a member of parliament and a court seemingly have enough weight to warrant serious scrutiny of their allegations and an analysis of the audio tape.

Furthermore, the mystery of how the Manafort black ledger files got leaked to American media has never been solved. They surfaced two years after the FBI investigated Manafort over his Ukraine business activities but declined to move forward in 2014 for lack of evidence.

Where did that Manafort black ledger come from?

Check out this video from Russia Insight:

The obvious question is this:

Since the Mueller Investigation was so efficient and netted $7-10 Million in profits, why don’t we roll those profits over and investigate Hillary?

Your government isn’t going to spend money going after a woman that stinks like sulfur.

They know what she is capable of.

It’s a sad world we live in when known criminals are given impunity and our President is framed to look like a criminal.

Politics has been placed above justice.