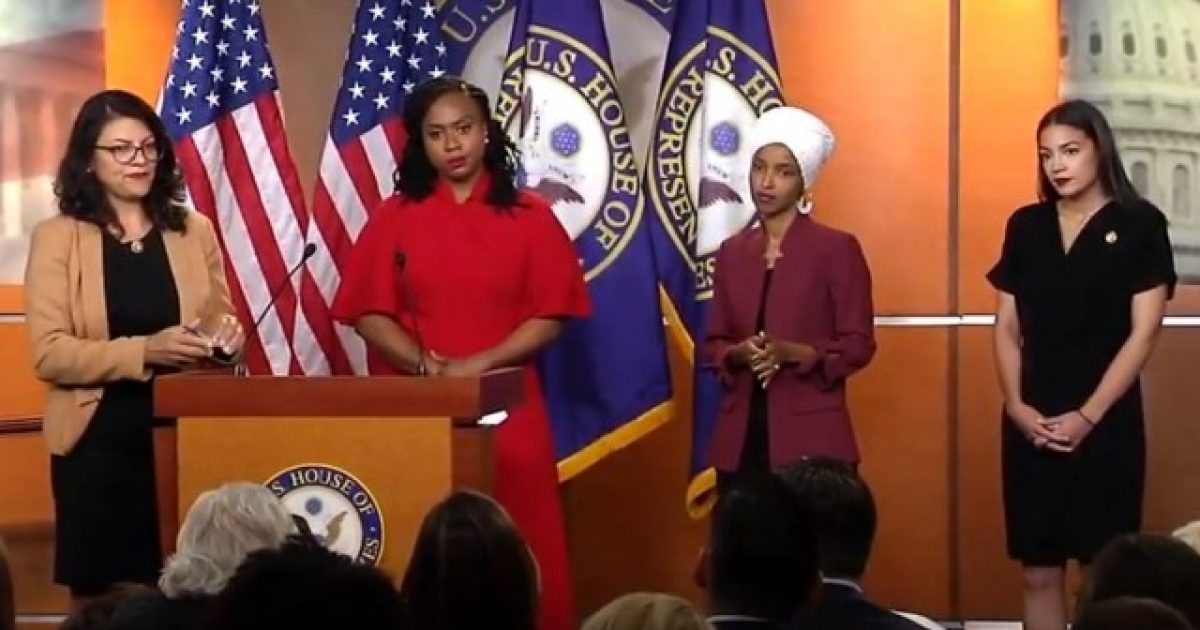 The controversial chief of staff for Rep. Alexandria Ocasio-Cortez, D-N.Y., who resigned on Friday is currently being investigated by federal officials, a new report says.

Speculation & Opinion By E. Patriot – Last week, Speaker of the House Nancy Pelosi called Rep. Alexandria Ocasio-Cortez (D-NY) to the principal’s office.  As it turns out, it was an intervention.

The fallout from Pelosi’s meeting with Ocasio-Cortez was the jettisoning of AOC’s Chief of Staff, Saikat Chakrabarti.

As we suggested yesterday, Pelosi read the radical leftist – as in anarchist, socialist, communist – the riot act.  Pelosi realized that AOC was literally running the Democrat party off the political rails.

The radical leftist, Chakrabarti, had turned AOC into an internal cancer destroying any chances moderate Democrats might’ve had for re-election/election in 2020.

Chakrabarti, in particular, vowed to primary moderate Democrats if they didn’t support the anarchist policies being promoted by AOC+3.

Party leadership and their allies in the mainstream media have ginned up so much hatred of Donald Trump that the party’s base viscerally accepts the most extreme political positions as long as they attack the president’s policies and character.

The more extreme those positions, the more acceptable they become to the anti-Trump piranhas.  Orangeman bad. Always bad.

For these anarchists, the most progressive president in U.S. history, Barack Hussein Obama, suddenly is a right wing fascist.

As President Trump goes about dismantling the Democrat coalition, interest group by interest group, party leaders decided the only way to stop the bleeding was to make the staff darker.

To do that they cleansed the DCCC hierarchy of white people regardless of the high marks they had been getting for their competency.

Donald Trump won election only because Barack Obama had made a political calculation to turn his back on white, blue collar, middle Americans.  Now we have the party turning their back to all white Americans.

It’s likely that Pelosi demanded Chakrabarti be removed for another reason.

The New York Post is reporting that Chakrabarti is the target of a federal investigation for two political action committees, Brand New Congress and Justice Democrats that he founded.

In 2016 and 2017, the PACs raised about $3.3 million, mostly from small donors. A third of the cash was transferred to two private companies whose names are similar to one of the PACs — Brand New Congress LLC and Brand New Campaign LLC..

You guessed it, the private companies are controlled by Chakrabarti.

By parting company with Chakrabarti, Pelosi is creating distance between AOC and Chakrabarti in the hope that will prevent Ocasio-Cortez from being drawn into Chakrabarti’s legal problems.

The evidence of Chakrabarti’s involvement in the scheme is overwhelming as we discussed here and here in March.

According to The Daily Caller,  March 28, 2018 filing, submitted to the Department of Consumer and Regulatory Affairs, declared both Chakrabarti and Ocasio-Cortez two of the three governors of Justice Democrats:

As Attorney General William Barr wrestles with the rampant corruption of past administrations, I’m reminded of something a senator once said to me; “I expected to find corruption when I got here but I’m still shocked at the extent of it.”