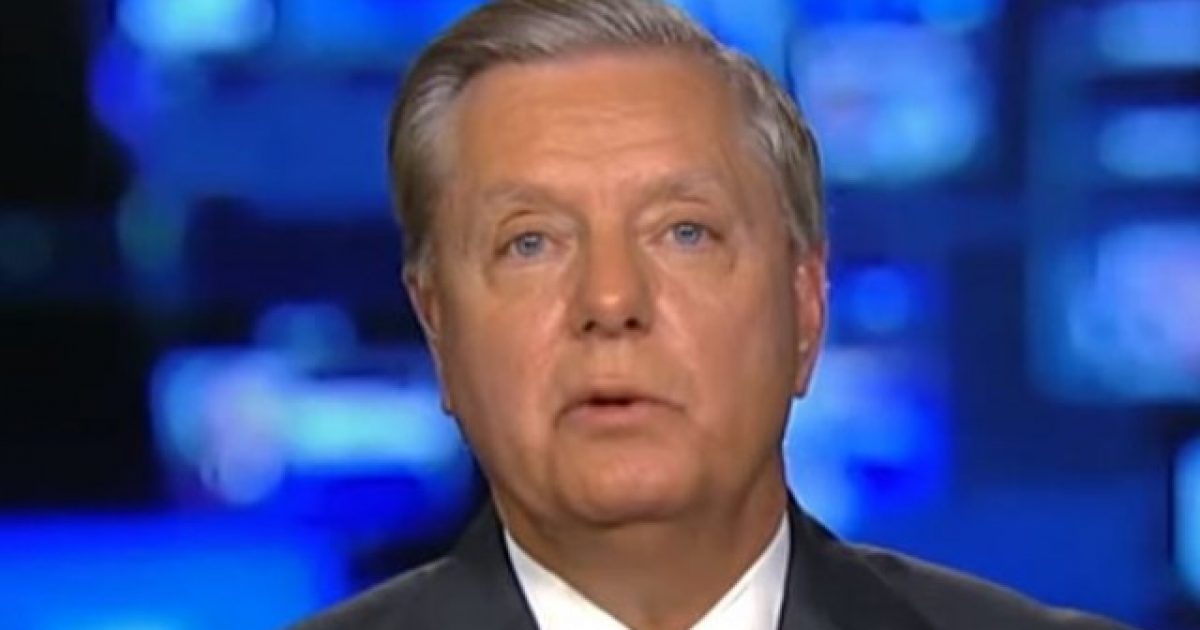 Sen. Lindsey Graham wasted no time on Monday proposing a “bipartisan” bill to provide federal funding to states for “red flag” laws, angering gun rights advocates and constitutionalists concerned such laws can be abused by depriving individuals of their due process rights.

“I appreciate President Trump’s strong statement rejecting hate and white supremacist ideology, urging us all to reject a culture of violence, as well as a call to action on multiple fronts,” Graham (R-S.C.) said in a statement.

“I have reached an agreement with Senator Blumenthal to create a federal grant program to assist and encourage states to adopt ‘Red Flag’ Protection Order laws to timely intervene in situations where there is an imminent threat of violence.”

But, as former GOP Congressman Bob Barr explains, this is a gun control solution looking for a problem:

These proposals create a new category of restraining orders applicable to owners of firearms, and would permit virtually anyone at any time to enlist local law enforcement and a judge to issue ex parte orders (sometimes by phone) directing law enforcement to seize a person’s firearms based on fear that they might in the future commit a bad act with a gun.

The concerns fueling these “red flag” proposals are genuine, and they are urgent.

The red flag laws we’ve seen introduced around the country don’t respect due process and do nothing to ensure any sort of mental health treatment for the person deemed to be a danger. It’s a gun control solution to a mental health issue. https://t.co/Q9s1Z3KNrA

Graham said he has spoken to POTUS Trump about the legislation and he “seemed supportive.”

Earlier, the president himself included red flag laws as part of a five-step plan to reduce mass shootings.

“We must make sure that those judged to pose a risk to public safety do not have access to firearms—and that if they do, those firearms can be taken through rapid due process. That is why I have called for ‘Red Flag’ laws, also known as Extreme Risk Protection Orders,” he said.

Barr said that due process violations are a distinct concern:

The solution, however, is not to toss due process out the window in the name of “public safety.” The question we ought to be asking (and to which we should be demanding answers) is why the powers and the tools already possessed by police agencies and our courts at all levels of government, are not being employed when and how they should be.