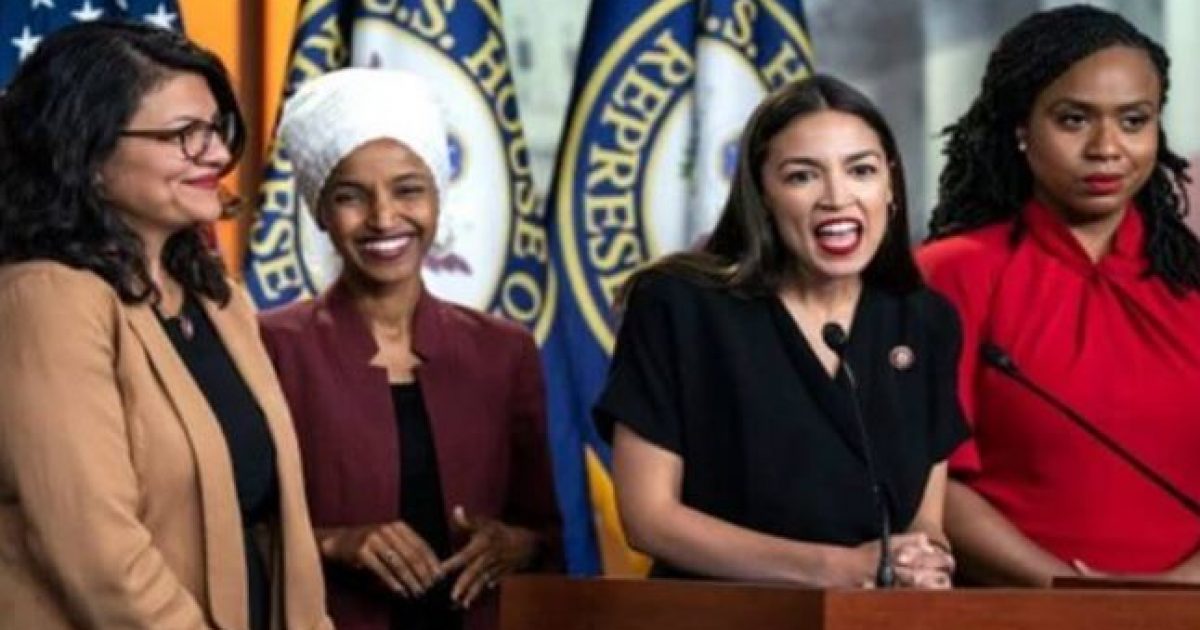 In the aftermath of 2 mass shootings the Dems are wasting no time in legislating major gun control measures.

The ‘Fraud Squad’ led by the scandal ridden AOC has jumped into the arena and have called for emergency sessions to find a way to take away our guns as well as blame white supremacy. She’s a racist POS.

What Congress can do about exploding white supremacist terrorism: pass gun safety laws, name WS as terrorism in statute, &more.

He needs to call the Senate back now & do so. #HR8

The House passed HR8, a Bipartisan Background Checks Act, *5 months ago* and the Senate has yet to vote on it.

It was one of our 1st major priorities after ending the gov shutdown.

You’ve been sitting on it since February giving bogus excuses.

Care to explain the people why? https://t.co/l5ZSDyPyWw

Sadly the GOP refuse to acknowledge that, bc their strategy relies on rallying a white supremacist base.

That‘s why the President hosts stadiums of people chanting “send her back”& targets Congress-members of color. https://t.co/8F51h46bOO

More from The Federalist Papers:

I have no more words. I only have anger. President Donald Trump and Leader Mitch McConnell must call the Senate back from August recess immediately. We cannot afford to wait another day for lawmakers to address this horrific national public safety threat. #daytonshooting https://t.co/IX5WS39CFk

We are all horrified and ready to do what we can to end this carnage of American lives.

Can we talk about mass shootings now?

Can we start to condemn domestic terrorism now?

Can we work together to safeguard American lives on our soil now?

It’s time to talk and follow up with action! pic.twitter.com/ucLNVSyJsl

And of course Rashida Tlaib joined in:

Your prayers aren't working. Try checking your dad on his tweets. 251 mass shootings in the U.S. in 216 days.

He incites violence every day w/ his hate agenda & racism. More people are dying b/c he fails to fight white supremacist terrorists.

They are the ones who hate America. https://t.co/dYzF2G7fEa

Your prayers aren't working. Try checking your dad on his tweets. 251 mass shootings in the U.S. in 216 days.

He incites violence every day w/ his hate agenda & racism. More people are dying b/c he fails to fight white supremacist terrorists.

They are the ones who hate America. https://t.co/dYzF2G7fEa

And to all of us who have the power to end this horror – I am imploring that we come together, and once and for all address the gun violence epidemic that plagues our nation.

And, finally, there was Ayanna Pressley‘s reaction:

.@senatemajldr you could call the Senate back right now & vote on the 2 gun violence prevention bills the House sent you months ago. Passing #HR8 & #HR1112 would save lives. All I want to hear from you is a commitment to stop stalling. You are complicit. https://t.co/lvMphBbC9L

What we witnessed in #ElPaso today was an act of terrorism. Robbing us of the lives of more than 20 people, a terrorist emboldened by racist rhetoric, armed with weapons that should be outlawed. Enough. It’s time to channel our rage and heartbreak into real policy change. https://t.co/AX4XnaYQNl

Well there you have it.

What do you think of this idea of holding a special session of Congress to address gun control?

There is no doubt about it- they are coming after our guns-period.

μολὼν λαβέ COME AND TAKE IT