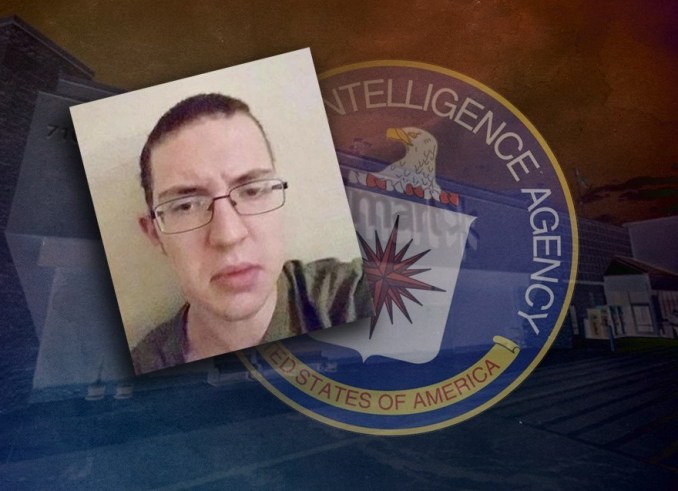 It takes about five minutes of research to connect Patrick Crusius to the CIA and its notorious MKUltra mind control program.

John Bryan Crusius is Patrick’s father. He is a counselor involved in “Infused Being Therapy” in Dallas, Texas. He specializes in trauma and PTSD. Crusius’ web page notes he worked for the Timberlawn Mental Health System in Dallas.

Timberlawn closed down in early 2018. The psychiatric hospital was investigated for patient abuse, including rape. Timberlawn is owned by Universal Health Services, a Fortune 500 corporation in the hospital management business.

In 2016, Buzzfeed ran an expose showing the corporation is responsible for a number of questionable practices at its nationwide facilities. In addition to accusations UHS defrauded Medicare, the report lists a number of other serious violations, including holding patients solely for financial gain.

The FBI and DoD teamed up to investigate billings to Tricare, the insurance plan for active military and their families.

“Concerned by the use of psychotropic drugs on military personnel and veterans, [Citizens Commission on Human Rights International]’s complaints noted that UHS developed a Patriot Support Program, providing treatment for active dutymembers in the Armed Forces. Veterans and their families are also treated in UHS behavioral facilities.”

Researchers at Yale School of Medicine reported in the American Journal of Geriatric Psychiatry that 30% of veterans prescribed psychotropic drugs had not been diagnosed with a mental health problem.

The military psychiatrists and physicians continue to hand out psychotropic medications like candy to active duty soldiers and veterans with or without a diagnosis of a “mental health problem.” The drug companies continue to ignore off-label use of their drugs and are glad the military co-operates in promoting them. Neither group confronts the clear evidence linking increased psychotropic drug use in the military with the increase in suicide and violent murders committed by our soldiers.

On April 30, 2007, The Massachusetts Daily Collegian announced the University of Massachusetts hosted a lecture by Colin A. Ross.

The founder and president of the Colin A. Ross Institute for Psychological Trauma, Ross is well-known for treating patients for multiple personality disorder and associated trauma disorders, including depression, self-mutilation and suicide at Timberlawn Mental Health System of Dallas, Texas.

During an interview with The Higherside Chats podcast, the Canadian academic psychiatrist talked about taking up residency in Texas “that became the gateway to his involvement in the study of Satanic cults, and the first-hand accounts from patients detailing their victimization through military intelligence testing programs.” Ross began investigating  Project Bluebird, Project Artichoke, MK Search, and Project MKOFTEN.

In 1960, Gottlieb worked with the Eisenhower administration on a plot to overthrow and discredit Fidel Castro. The CIA under Richard Bissell asked Gottlieb to come up with a plan to make Castro unpopular with the Cuban people. “Plans included a scheme to spray a television studio in which he was about to appear with a hallucinogenic drug (LSD) and contaminating his shoes with thallium which they believed would cause the hair in his beard to fall out,” writes John Simkin.

Back in 1999 on Gottlieb’s death, The New York Times wrote

Friends and enemies alike say Mr. Gottlieb was a kind of genius, striving to explore the frontiers of the human mind for his country, while searching for religious and spiritual meaning in his life. But he will always be remembered as the Government chemist who dosed Americans with psychedelics in the name of national security, the man who brought LSD to the C.I.A.

“Within Technical Services MK-ULTRA projects came under the control of the Chemical Division, headed from 1951 to 1956 by Dr. Sidney Gottlieb, a New York Jew who received his doctorate in chemistry from California Tech. Born with a clubfoot and afflicted with a severe stammer, Gottlieb pushed himself with unremitting intensity,” write Jeffrey St. Clair and Alexander Cockburn.

Gottlieb himself said that the creation of MK-ULTRA was inspired by reports of mind-control work in the Soviet Union and China. He defined the mission as an investigation into how individual behavior could be “altered through covert means.” He gave this description in 1977 during the Kennedy hearings, testifying via remote speaker from another room. “It was felt to be mandatory,” Gottlieb went on, “and of the utmost urgency for our intelligence organization to establish what was possible in this field.”

Let’s summarize. The father of the accused El Paso shooter, John Bryan Crusius, worked with Colin A. Ross at the Timberlawn Mental Health System in Dallas. Ross is said to have shared a relationship with Sydney Gottlieb, the father of trauma-based CIA MKUltra LSD mind-control experiments, including brainwashing Manchurian candidates for assassination operations.

Patrick Crusius is three degrees removed from the CIA and its mind control program. Is this a coincidence? I don’t think so. FDR supposedly said, “In politics, nothing happens by accident. If it happens, you can bet it was planned that way,” and despite a problem attributing this quote to Roosevelt, it is absolutely true.

Mass shootings are highly political. I don’t believe the El Paso shooting on the heels of the FBI declaring white supremacy a top domestic terror threat (along with conspiracy theories) is a coincidence. Most of these shootings are classic problem-reaction-solution events. The solution being restrictive firearms laws contrary to the principle of the Second Amendment and the evolution of new enemies considered a threat to the state.