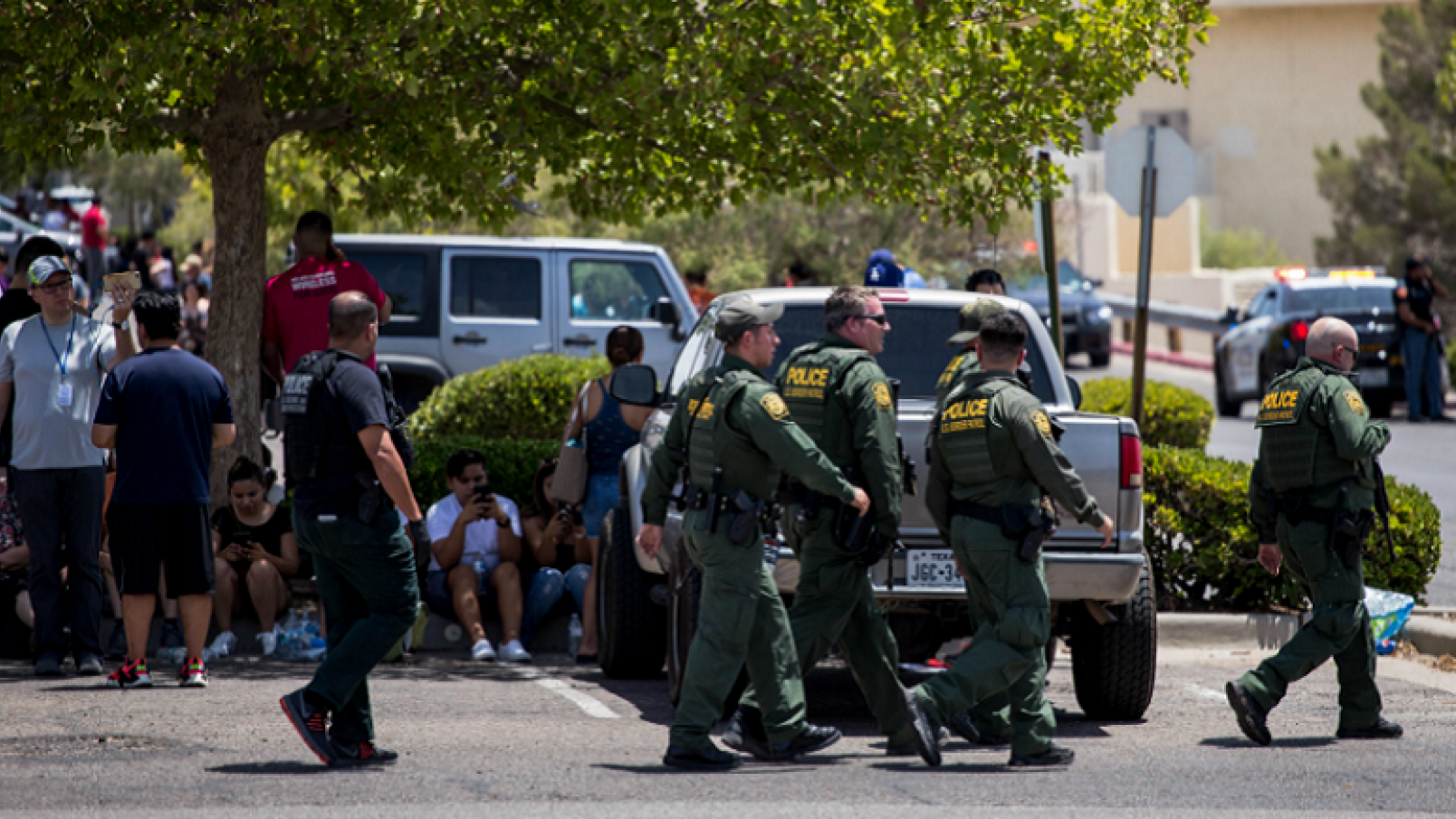 Baltimore reached its 200th murder victim of the year during its “Ceasefire Weekend”.

4 people were killed in 4 days in Kansas City. 6 men were shot in Philly during the filming of a rap video.

Even in Toronto, 15 people were wounded in shootings over the weekend. Over 350 people have been shot this year in the Canadian city which has gun control, no NRA, and none of the usual excuses.

This tide of violence has received less media coverage because it challenges the false claim that, as a CNN op-ed once put it, mass shootings are a “white man’s problem.”

“I would say our country should be more fearful of white men across our country because they are actually causing most of the deaths within this country,” Rep. Ilhan Omar claimed on Al Jazeera.

“We have to stop demonizing people and realize the biggest terror threat in this country is white men,” Don Lemon had previously claimed on CNN.

“White Men Have Committed More Mass Shootings Than Any Other Group,” Newsweek had argued.

The perception that mass shootings are a “white man’s problem” lingers around the country because white mass shooters tend to get more publicity. And, the twisted young male who goes on a public shooting spree fits a certain kind of media narrative. But when we actually study the mass shootings that took place in 2019, it’s clear that Patrick Crusius and Connor Betts are not the norm, but aberrations.

Mass shooters have no particular ideology. Crusius and Betts were opposites ideologically. (Though both cared deeply about the environment.) Nor are mass shooters a white problem or a black problem. Over the same bloody weekend, William Patrick Williams, who is African-American, appeared in court after being arrested by the FBI for planning to shoot up a Texas hotel with an AK-47 rifle.

Looking at the data from the Mass Shooting Tracker, widely utilized by the media, as of this writing, of the 72 mass shooters, perpetrators in shootings that killed or wounded 4 or more people, whose race is known, 21 were white, 37 were black, 8 were Latino, and 6 were members of other groups.

Three mass shooters were Asian, two were American Indian and one was Arab.

These numbers are if anything vastly understated. As many as half of the mass shootings that took place in 2019 thus far remain unsolved, but they often took place in black areas and claimed black victims.

White people make up 61% of the country’s population, followed by Hispanics at 17.8%, and African-Americans at 12.7%. In that context, white people are actually dramatically underrepresented among mass shooters, as are Latinos, while African-Americans are highly overrepresented. But that may be because Latino gangs, like MS-13, are less likely to use handguns in public shootouts. And white organized crime groups, like the mafia, no longer carry out attacks like the St. Valentine’s Day Massacre.

Much of this country’s gun violence is really gang violence. And shooting your enemies is a tactic. White organized crime groups make their victims disappear. MS-13’s victims are beheaded and buried in parks. Black gang members open fire on each in major cities. The perpetrators are sometimes never caught. When we distill the problem of mass shootings to its statistical roots, it becomes a gang tactic.

Would the media really like to argue that beheadings are preferable to shootings as a tactic? Were the people buried under Whitey’s house better off than the gang members shot on a Chicago street corner?

Bias is a factor in the overreporting on white mass shooters, but there are different kinds of media biases. Beyond political bias, there’s also narrative bias. The media’s objectivity isn’t just undermined by political agendas, but by the entertainment value of a story from its own privileged perspective.

The media finds a story about a shooting in a small town interesting, but a shooting in the inner city boring. A shooting at a Garlic Festival is a novelty while a shooting at a house party in Chicago isn’t. But the pursuit of novelty creates its own narrative which makes it seem as if mass shootings happen in unlikely places, because they are more memorable, than in the big cities where they actually happen.

And yet some mass shootings were inherently newsworthy, but were never reported.

DeWayne Craddock, a Virginia Beach government employee murdered 12 people at his workplace. The victims were both white and black. Even though Craddock was the deadliest workplace mass shooter of 2019, there’s been very little coverage of his case.

Craddock’s killing spree got far less coverage than Santino William Legan’s attack on the Gilroy Garlic Festival even though he killed 4 times more people than Legan did. White mass shooters like Legan are seen as more newsworthy because they make a better case for gun control due to the fact that they are likelier to use heavier weapons. Legan brought a rifle to the Garlic festival. Craddock used .45 handguns. And he used them more effectively than Legan used, what the media is calling, an assault rifle.

Heavier weapons may make for a better political agenda, but they aren’t necessarily deadlier.

Then there’s a mass shooting story out of Detroit that would have scratched two of the media’s political itches, homophobia and gun control, but was instead buried because the shooter fit the wrong profile.

In June, Devon Robinson shot two gay men and one transgender man. The shootings, which took place during Pride Month, according to a spokeswoman for the prosecutor’s office, targeted and killed the victims “because they were part of the LGBTQ community.” Had Devon been white, there’s little doubt that there would already be a play, a movie and a monument to his victims. But instead it’s been buried.

The Robinson shootings demonstrate how the media negotiates its own intersectional cover-ups. As does the very different coverage of the political orientations of Patrick Crusius and Connor Betts.

While mass shooters can come from any race or political belief, the one thing that unites them is a desire for publicity. Mass shooters often admire and track the “high scores” of other mass shooters regardless of their motives and politics. What they really want to do, above all else, is kill.

Seung-Hui Cho, the South Korean immigrant, who killed 32 people at Virginia Tech, wrote of being inspired by the Columbine killers, and claimed that he wanted to die to “inspire generations of the weak and defenseless people”. Adam Lanza, the Sandy Hook school shooter, was inspired by Anders Breivik, a Neo-Nazi mass shooter, even though he had nothing apparently in common with him.

What mass shooters like Cho and Crusius really want is to be celebrities. And the media makes that happen. It broadcasts their manifestos, plasters their photos everywhere, and makes them famous.

And then the next mass shooter uses them as his inspiration.