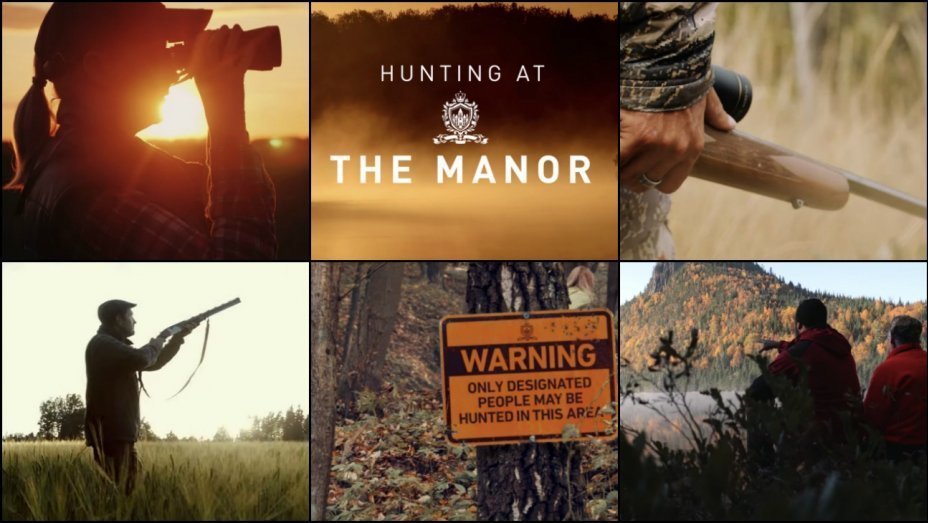 A new thriller by Universal Studios called “The Hunt” has been met with fury in the wake of two politically motivated mass shootings. The horrifying plot features liberal “elites” who go to a resort called The Manor where they are able to hunt down and brutally murder a dozen “deplorables.”

I swore I was going to stay away from politics but…well, let’s just say if you haven’t muttered “WTF” yet today, you will soon.

The violent, R-rated film from producer Jason Blum’s Blumhouse follows a dozen MAGA types who wake up in a clearing and realize they are being stalked for sport by elite liberals…

…The Hunt stars Betty Gilpin from GLOW and Hilary Swank, representing opposite sides of the political divide. It features guns blazing along with other ultra-violent killings as the elites pick off their prey. The script from Damon Lindelof and Nick Cuse reviewed by The Hollywood Reporter revolves around third-rail political themes. (Original title: Red State Vs. Blue State.) (source)

The trailers for the movie were so gory and horrifying, particularly in the aftermath of last weekend’s mass shooting tragedies, ESPN  pulled the ads.

Over the Aug. 3 weekend, ESPN pulled an ad for the film that it had previously cleared, while AMC ran the spot during the season premiere of its drama The Preacher. It’s unclear whether the ads were identical, but the one yanked by ESPN opened with a sound resembling an emergency broadcast signal. A rep for ESPN parent Disney declined to comment on the move, but an ESPN source says no spots for the film will appear on the network in the coming weeks. (source)

Studio gossip hints that people within Universal are divided about the advertising for this film.

While one high-level Universal source says the studio has pulled some ads that are beginning to air and appear online “for content and placement,” others say the matter is still under discussion internally. A major ad blitz on television and the web had been planned for the beginning of September, says one insider. A trailer is already online.

Given the fraught political climate — particularly in the wake of the attack in El Paso, which was motivated by anti-immigrant bigotry — studio sources say Universal is evaluating its plans in what one called “a fluid situation.” A high-level insider says top executives want to stand by Blum, one of the studio’s most prolific and successful producers, as well as filmmaker Craig Zobel, and see the project as a satire addressing an issue of great social importance. But this person says plans could change “if people think we’re being exploitative rather than opinionated.” (source)

This is sick, regardless of where your political beliefs lie.

Imagine if the shoe was on the other foot and “liberal snowflakes” were being hunted by a bunch of red-hat wearing rednecks. The media would go wild and reasonably so.

But when conservatives are in the crosshairs? Crickets.

Even as a person who is apolitical – neither Republican nor Democrat, I’m truly sickened by this, particularly in these divisive times. It’s important to note that I don’t believe most Democrats would find this movie acceptable either. Despite what the media would have us believe, most Americans don’t loathe everyone of a different political party. This will appeal to extremists, however, and extremists are the ones that turn into actual domestic terrorists.

Chillingly, in the trailer, a woman’s voice is heard saying, “We pay for everything. So this country belongs to us.”

The “satire” is due to be released on September 27, just as the election gets into full swing. Considering that the last election resulted in violence between the political parties, it’s hard to imagine this twisted movie would be without fans willing to do some re-enactments.

“This certainly shows Hollywood for what it really is — demented and evil. At a time when journalists try to blame President Trump for every act of violence in the world, wannabe Tinseltown terrorists are making sick murder fantasies about right-wingers,” Media Research Center vice president Dan Gainor told Fox News. (source)

Even political satirist Tim Young feels like the movie goes too far.

Why would anyone think it’s a great idea to have a movie about hunting down someone who doesn’t agree with them politically? It’s remarkable to me that the left blames Donald Trump’s rhetoric for violence, then literally spends millions to normalize the killing of people based on politics…

…We’re told over and over again by the left, especially in Hollywood, that this country is more divided than ever and we need to come together… is this what they mean by it? Come together to murder your neighbors that you don’t agree with? This film is sick and shows just how hateful the left has become…

…The executives at Universal and those even willing to promote this or run ads for it, should know better than to promote political violence. (source)

But promote it they will. And if you already thought this election cycle was going to be outrageous and even more divisive than the 2016 election, this will ensure it.