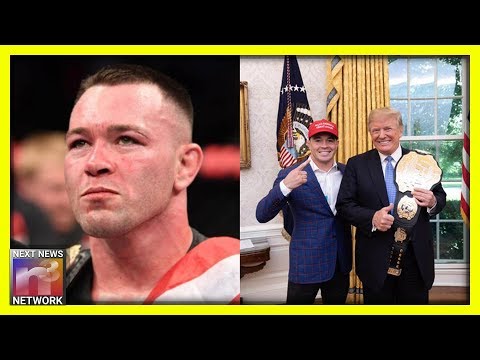 Colby Covington is much more than a UFC Champion.

Covington is one of tens of millions of Americans who are sick and tired of the direction this nation was previously headed and he just shared that message loud and clear after retaining his belt.

You have to see this America.

If only all liberals could have seen that fight, or at least the shoutout at the end.

Here’s more from my friend Warner Todd Houston via Breitbart:

True to the fighter’s promises, Donald Trump Jr. and his brother Eric appeared at ringside to watch Colby Covington get a victory against Robbie Lawler on Saturday night.

Last week, Covington promised fans that Trump, Jr., girlfriend Kimberly Guilfoyle, and Eric Trump would all be in attendance for his big bout.

Even President Trump jumped to Covington’s support by encouraging him to fight hard and added a re-tweet of last year’s note about Covington’s visit to the White House.

As it turns out, the Trump scions did, indeed, attend the fight to see Covington destroy his opponent.

As the fighter happily accepted the unanimous decision afterward, Covington’ first thought was to thank the Trumps for attending.

“I was truly inspired when the First Family came in the building, when they came to see me back stage,” Covington said hoisting an American flag. “Let’s give it up for the Trumps. They’re in the building tonight. They’re keeping America great.”

Not all athletes are like Kaepernick, though you wouldn’t know it by watching mainstream media.

The media is slanted and does not showcase those who support our president, so I will.

Here is some recommended reading for you:

Trump is not a racist.

It’s not just blacks that are beginning to support him more.

People of all races are starting to understand that AMERICANS must stand together.

Racial minorities are starting to see the lies of the thoroughly incompetent left now.

If a prominent athlete speaks the truth, then good for him.

What we need is for people like him to get more airtime, but…

We have to win the 2020 election and keep chipping away.