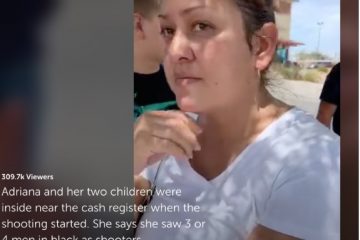 “If you cannot see the irony in having a gun ban enforced by men with guns, then you fail to understand why the SecondAmendment was written in the first place.”

One has to only ask themselves the question, why it is that after mass shootings take place, a majority of them take place in un-constitutional “Gun-Free Zones, that the mainstream media and their “Useful Idiots” are always blaming the law-abiding gun owners for the crimes of the assailants? (Hosea 4:6) The mainstream media is continuously magnifying the crime and omitting the law (Isaiah 59).

Jesus said, “When a strong man armed keepeth his palace, his goods are in peace: But when a stronger than he shall come upon him, and overcome him, he taketh from him all his armour wherein he trusted, and divideth his spoils (Luke 11:21-22).

The first president of the United States George Washington said:

The third president of the United States Thomas Jefferson said:

“Laws that forbid the carrying of arms …  those who are neither inclined nor determined to commit crimes… Such laws make things worse for the assaulted and better for the assailants; they serve rather to encourage rather than to prevent homicides, for an unarmed man may be attacked with greater confidence than an armed man.”

“If a violent crime is to be curbed, it is only the intended victim who can do it. The felon does not fear the police, and he fears neither judge nor jury. Therefore what he must be taught to fear is his victim.”

Furthermore, one has to ask themselves why it is that American representatives are the first ones to jump all over stripping the right to bear arms from the people rather than arming the American people?  It shows you who they are working for and clearly it is not “We the People.”

“Never trust a government that doesn’t trust its own citizens with guns.

“A well regulated Militia, being necessary to the security of a free State, the right of the people to keep and bear Arms, shall not be infringed.” -2nd Amendment

Of course, this does not fit their global initiative and this we all know.

When is the last time you heard from one of these representatives, along with the mainstream media, calling for arming the citizenry after a mass-shooting?

Yet, if government really wanted to act in accordance with American law and intended on deterring the next criminal from taking an innocent life, they would simply set an example of him/her by enforcing the law against there crimes publically.

They do not do this because it does not fit the narrative.  They want to blame the gun rather to than enforce the law against the assailant and punish the criminal while deterring further crimes (Exodus 21:26; Deuteronomy 19:21; Proverbs 16:6).

After these mass shootings take place, we find that the blame is laid on those who fit their narrative (Proverbs 17:15) that they are attempting to set in the minds of the people, only to find that, in so many cases, the opposite is true of what they initially reported.

It seems that today, more than not, we are seeing a push by the modern-day brown shirts towards chaos in executing false flag attacks to help bring in a new disarmed order.

Nazi SS officer and war criminal Josef Mengele said: “The more we do to you, the less you seem to believe we are doing it.”

Though there are so many that I could cover from Ruby Ridge, Waco, Oklahoma Bombing, 911, Boston Bombing, Las Vegas Shooting etc…

Do you remember Eric Harris and Dylan Klebold, the two shooters from Columbine High School on April 20, 1999? The narrative was that two crazed kids shot up their school and killed 12 students and one teacher. Yet, we were never told of over 40 eyewitnesses that said there were more than 2 shooters. What was the objective? Gun control.

Less than a year afterward, two friends of Eric Harris and Dylan Klebold were mysteriously gunned down.

A list of eyewitnesses to the shooting claim more shooters than what the mainstream media reported.

The mainstream media’s narrative on December 2, 2015 was that 14 people were killed and 22 others were seriously injured in a terrorist attack consisting of a mass shooting and an attempted bombing at the Inland Regional Center in San Bernardino, California. The perpetrators, Syed Rizwan Farook and Tashfeen Malik, a married couple living in the city of Redlands, targeted a San Bernardino County Department of Public Health training event and Christmas party of about 80 employees in a rented banquet room.

However, eyewitnesses said it was actually “3 tall athletic white men.”

Remember when Facebook, YouTube, Twitter were simultaneously scrubbing the eye and ear witnesses as to what contradicted the CIA-controlled narrative?  Well, we found the ones that have been reposted and here they are…

Student Alexa Meidnik was talking with Nikolas Cruz during this shooting.

‘Parkland Teacher’s First Thoughts After Seeing Shooter: “Why Are The Police Here?”

Parkland, Florida High School Student Reveals There Was A Scheduled Police Drill On Day Of Shooting

What about the Walmart shooting recently in El Paso, Texas? Eyewitnesses said that they saw four men dressed in black who were doing the shooting. What did the mainstream media and their six corporately owned propaganda outlets report?

They reported immediately that they got their lone wolf, didn’t they? They sure did, and with a nice little picture of him conveniently holding the very weapon that they would have you complicity help ban.

Have you ever noticed that the very means which you have to defend yourselves against tyranny is the very thing that is constantly under attack? Me too! (Luke 11:21-22)

Well, the truth of the eye-witness accounts are the rock of offense (1 Peter 2:80) to their contrived narrative and surely it is what you never hear about when they are attempting to debate away your God-given rights.

How dare you even question the media, who has been found guilty of covering up the truth on the behalf of the globalists and their agenda!  In exposing them for their lies (Revelation 21:8), they just might label you a conspiracy theorist, as well (Jeremiah 11:9). Yet, you must ask yourselves how many of those mainstream media-labeled theories actually turned out to be actual conspiracies?

Who are you going to believe, the eye-witnesses (2 Corinthians 13:1) or those who are creating the narrative to illegally disarm the American people?