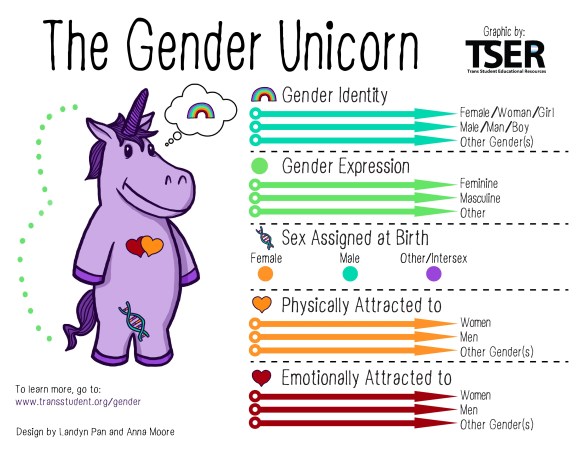 A Cincinnati, Ohio school district has claimed that it did not punish a sixth-grade boy when he was dragged from his classroom because he referred to a gender-confused boy as “a boy.”  However, Liberty Counsel was all too happy to defend the young boy and put the school district in their place.

In a redacted latter by Liberty Counsel’s Richard Mast on July 2, 2019, he wrote to the Superintendent to inform him of the “violations of student First Amendment free speech rights.”

In pointing out that the sixth-grader was being represented by Liberty Counsel, Mast said that the student had been punished on May 14, 2019 by the assistant principal of the school for “supposedly ‘misgendering’ another male student, and for sharing his opinion in response to multiple other students in conversation about cross-sex hormones and the removal of ‘male private parts’ of a male student who claims transgender status.”

The fact that sixth graders are even having to talk about this speaks volumes to just how far America and her indoctrination system has fallen.

A sixth-grade male student (“John Doe”) was punished by an assistant principal in an Ohio school district for using the male pronoun “he” in reference to a male student (“Boy A”) and for respectfully stating his opinion that “he is a boy, not a girl,” based on Boy A’s biological sex. The assistant principal told “John” that there would be “consequences” for his statementsand she removed him from PE class for the day as part of his punishment.

After Liberty Counsel intervened, the school district claimed the PE class removal was not “formal disciplinary action” and said no record of it exists, but conceded that neither Liberty Counsel’s student client nor others would be subject to discipline for expressing “respectful disagreement on any topic,” nor for using accurate “pronouns in referring to students,” and that teachers would not “coerce any student to use a particular pronoun.” “John’s” parents were satisfied with this result.

During May 2019, several girls were talking in art class about Boy A “taking girl hormones” and eventually having his “male private parts removed” and that this would “make him a girl.” Liberty Counsel’s client “John,” who considers Boy A to be a friend, politely disagreed and corrected their error that Boy A “is a boy, not a girl.” Two other boys also agreed with “John” that sex is biologically determined at birth: “You are what you’re born with.”

The assistant principal then called “John” to the office and said, “You can have your own beliefs, but Boy A wants to be called a girl,” and there might be “consequences.” The assistant principalaccordingly prohibited “John” from participating in PE that day and made him sit in the principal’s office. “John” reported to Liberty Counsel that the other boys received in-school suspension and a one-day out-of-school suspension.

The assistant principal contacted “John’s” mother and told her that he received a lesser punishment of being suspended from gym class because she “did not believe that [“John”] was bullying” and that “he happened to be there with two other boys,” but he still made those statements. Subsequently, “John’s’” parents contacted Liberty Counsel for assistance.

According to a response by Gary T. Stedronsky,  the boy’s record has been expunged of discipline and that no further discipline will come to the boy or anyone else who expresses a respectful disagreement on the subject of another student’s gender claims, nor will they be disciplined for referring to boys as boys and girls as girls despite the twisted thinking of such individuals.

What’s absolutely amazing to me is that the school has not sought to deal with the parents of the gender-confused boy for child abuse or at the very least, negligence.

Citing the Supreme Court’s Tinker ruling, which bans schools from suppressing the peacefully expressed beliefs of students, Liberty Counsel told the school district it was singling out John for participating “in conversation during school time where students may talk” about “otherwise permissible subjects of discussion.”

It emphasized that John was “repeatedly subjected” to these conversations in art class, with the teacher apparently allowing students to affirm Boy A’s gender identity but not disagree with it.

To punish John is to “turn classrooms into enclaves of totalitarianism” that censor the “commonly-held, mainstream, factual view” that sex is biologically determined. Liberty Counsel cited “more than 6,500 unique differences at the DNA level” between the sexes that do not change based on hormones or surgery.

Not only did the school district botch its own anti-harassment policy, but it’s violating a “student rights” policy that protects the constitutional rights of students to express themselves “as appropriate for the school environment.” Since informal transgender discussion has already been approved in the classroom, the school district can’t censor one view, the letter said.

Liberty Counsel threatened to sue if the school district did not expunge John’s record for the incident. It also must promise not to punish or coerce students for “respectful disagreement” with transgender ideology and using sex pronouns correctly, the letter said.

Again, I ask, why do parents subject their kids to these godless, statist run indoctrination centers?  Why are you not teaching and training your children at home as the Creator commanded? (Deuteronomy 6)  Especially, when you can do it for free?  And where are the grandparents encouraging such things as I”m advocating?  Are they off “spending their children’s inheritance”?

We need a whole lot more people like them and less like the cowards attacking elementary kids because of hurt feelings rather than coming alongside them in the name of the truth.