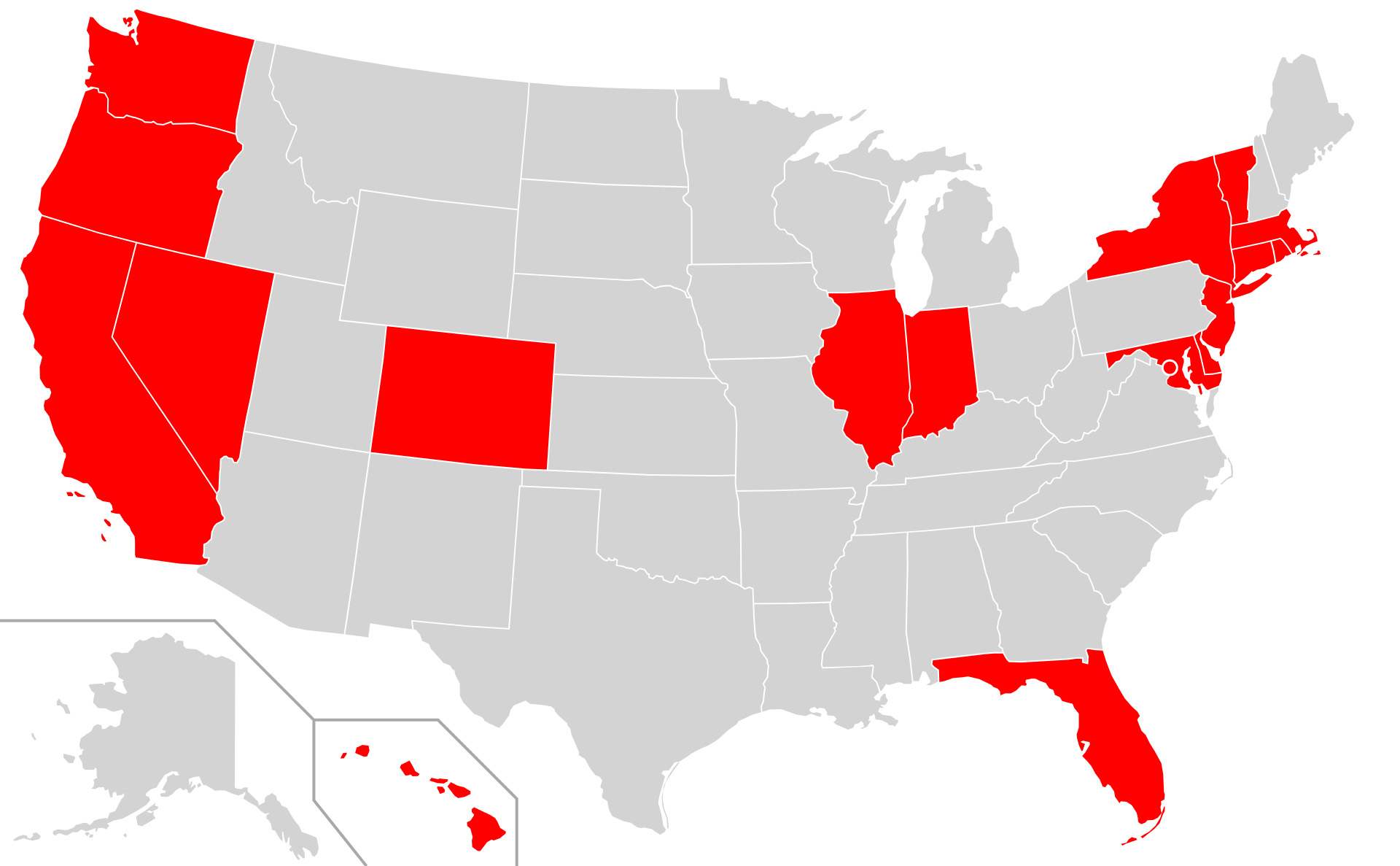 At what point, do common sense gun laws turn into a method to seize the weapons of dissenters and people accused of ‘wrongthink’?

Currently, as of August 2019, 17 states and the District of Columbia have passed some form of Red Flag Law.

A “Red Flag Law” or as it’s more commonly referred to in the courts and by law enforcement, an Extreme Risk Protection Order is a law that gives police, medical professionals, a spouse, family members, a person the subject is dating or has children with, or a former or current legal guardian, the ability to ask a state court to confiscate the firearms of a person that they feel may be a danger to themselves or others. A judge makes a ruling whether to issue the order based on statements by those involved, and actions made by the gun owner. The initial ruling is ex parte; meaning the subject of the ERPO will NOT be included in the first hearing. The subject’s firearms can be confiscated within hours of a ruling against them.

This is where the first problem of Red Flag Laws comes into play, lack of due process.

The ERPO subject’s current firearms are seized. The person is barred from purchasing more. If they possess CCW (Concealed Carry Weapon License), it is also taken and license rescinded. If they refuse seizure, they are charged with criminal misconduct or similar charges. To date, ERPO has already resulted in the death of a subject, while police were attempting to confiscate their weapons. The stated reason was the subject’s refusal to disarm themselves.

ERPOs typically last for 12 months, at which time; the ERPO subject can retrieve their firearms, as long as further action has not been taken by the courts. However, if the ERPO subject for whatever reason does not show up for their trial (reasons such as having been committed, or are in the hospital, or in jail or prison), there is a good chance their firearms will be destroyed immediately.

Considering the cost of the average firearm, and if the ERPO subject has multiple firearms, this could mean that thousands of dollars of property would be destroyed with no recourse.

ERPOs tend to skip right over the predominant issue at hand regarding potential gun violence, and that is mental health. Only one of the many people that can get an ERPO on someone is qualified for that determination. Moreover, the seizure of a person’s firearms is a very poor method of dealing with someone with mental health issues. The person is still typically free to go about their lives, but now, they are possibly angered at the sleight of having their personal property confiscated with no due process. Having their firearms taken away does not prevent them from picking up a knife and going around stabbing everyone they are angry with, or running people over with their car, or making a Molotov cocktail and firebombing someone’s property.

This is where the second problem with ERPOs exists. It does not address the issue; it only provides a weak solution to the potential outcome of the issue. Gun related violence.

Pretty much anyone that has had to interact with others (i.e., everyone), will have felt some form of anger at some point, or felt helplessness in their life. All it takes with Red Flag Laws is one occurrence to prompt an ex with a grudge to report this person as being a danger to themselves or others. This starts a cascade of negative situations that will potentially escalate what would have been a transient situation to a full-blown conflict, which can cause someone to end up in jail, the hospital or worse, the morgue.

This is the third problem with ERPO, the potential for abuse.

What types of transgressions will qualify? Nearly everyone has had transient outbursts, life can be stressful. Are these Red Flag worthy? Can someone in a video saying XYZ makes me angry, be enough to Red Flag someone? What about a post to a social media account, with a rant about a government agency? Who hasn’t been upset at least once by the lethargic pace of what should be an easy task when dealing with the government? Is that enough for a LEO (Law Enforcement Officer) to recommend an ERPO? What if you are having a bad day and make a random comment about wanting to end it all on your Facebook or Twitter, and your family doctor follows you? Can they put together a case for an ERPO, because last week, you had a bad day and ranted about the DMV?

How about more Orwellian situations? How far back in time will a transgression get you Red Flagged? It is obvious that Social Media interaction will be used for the Red Flag Laws.

What about websites like 4chan, 8chan, AR15.com or Reddit subreddits like /r/The_Donald, or /r/WeekendGunnit? Will posting to those sites automatically flag you with your local LEO, as a potential subject for ERPO?

At what point will having certain belief structures, such as Christianity, conservatism, Trump POTUS supporters, Trump donors, or “White nationalists”, become a Red Flag?

Or simply the desire to own a high-power semi-automatic rifle, like an AK-47 or AR-15? Will that get you Red Flagged by law enforcement? “Guns are scary, who would even WANT one except for mentally ill people??!”

That takes us to the fourth problem with Red Flag Laws. This is Overreach. Someone with a large firearms collection will be scared to interact with anyone anymore, personally or online, for fear of having their personal property confiscated because someone else deems them a menace during an escalated encounter.

The 5th and “last” problem I will highlight with Red Flag Laws is probably one of the most serious of all of the issues. ERPOs can be used for disguised and targeted gun seizure. Similar to the overreach problem, selectively targeting people that have “wrongthink”, a term coined in the novel Nineteen Eighty-Four by George Orwell as one of the “Thoughtcrimes” of Oceania, it would be possible to disarm an entire faction of people that share a common way of thinking. This would obviously be conservatives, since they are the strongest proponents of the 2nd Amendment.

We have already seen the “left’s” propensity for dishonesty and malice in the public sphere. Julián Castro’s doxxing of Trump donors. The Mayor of Portland telling police to stand down against Antifa. The so-called “Squad” in the House of Representatives pushing false narratives about POTUS, ICE, Immigration, and “White people” aka, “White Nationalists”.

Absolutely nothing prevents these same people, and others just like them from creating false narratives targeting individuals, baiting people into responding certain ways online, and even making up lies, then enlisting sympathetic law enforcement and officials to push ERPOs targeting these individuals and other conservatives around the country.

This effectively creates a targeted gun seizure that does not affect anyone on the left. At least with gun seizure laws, it would affect everyone, taking all firearms away from both sides. Nevertheless, Red Flag Laws could be used to disarm an entire political faction, and that is the most dangerous aspect of ERPO, and why everyone needs to fight against those laws.

Obviously, everyone agrees that severely mentally ill people, that would do others harm, need their access to tools that allow them to harm others limited. However, the way to do this properly is with compassionate mental health laws that remove the PERSON from the weapons, not the other way around.

Comprehensive Medical Care for the mentally ill is the ONLY cure for Gun Violence, and violence as a whole. Currently, access to this medical care is woefully limited and nothing will change, until that changes.