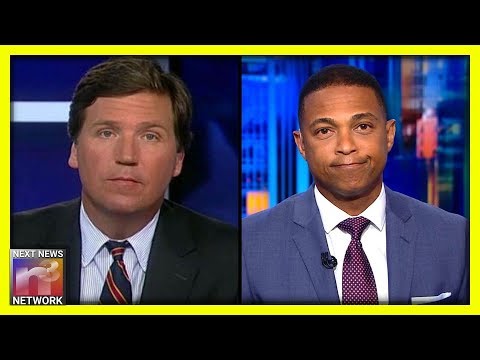 Is it OK to call it news?

I don’t know where that clip came from but it’s a fact that over half of the mass shootings in 2019, so far, have been done by BLACK people Don:

It is fair to say that CNN anchor Don Lemon was shocked and appalled at comments made by Fox News host Tucker Carlson made in light of a deadly mass shooting in El Paso, Texas this weekend that left 22 dead.

The assailant of that deadly massacre was apparently inspired by dangerous rhetoric that the United States was under invasion by Hispanic immigrants who were threatening job opportunities. Hailing from a wealthy Dallas suburb, the shooter drove 10 hours to reach the border town, which many believe was to ensure that his victims were of Latino descent.

In light of this, Carlson claimed that the media’s current obsession with what seems to be a very real threat of White Supremacy is nothing more than a hoax, designed to divide and control a nation cowed by fear. Carlson’s specific comments:

“If you were to assemble a list, a hierarchy of concerns, of problems this country faces, where would white supremacy be on the list? Right up there with Russia, probably. It’s actually not a real problem in America. The combined membership of every white supremacist organization in this country would be able to fit inside a college football stadium. I mean, seriously. This is a country where the average person is getting poorer, where the suicide rate is spiking. ‘White supremacy, that’s the problem.’ This is a hoax. Just like the Russia hoax. It’s a conspiracy theory used to divide the country and keep a hold on power. That’s exactly what’s going on.”

“Hold on a second. Was that not the dumbest thing you ever heard? … Crazy. Listen, I don’t know how anybody could say that considering what happened this week. I want to look at the facts now, and his statement directly contradicts what the FBI director said.”

Once again…. The FBI Director said whatever he said, but it was likely taken out of context.

The fact is that 51% of all mass shootings THIS YEAR have been perpetrated by black people.

I guess they don’t tend to count the WEEKLY mass killings in Chicago & similar places:

Yet there was not a peep about it on the national news from LIBERAL RUN, GUN FREE Chicago.

Don Lemon is a racist moron:

Hey Don, The White House actually did more for “slavery” than Obama ever did, in a story that none of the networks covered:

Uvalde massacre was a PLANNED STAND DOWN operation – law enforcement saved their own children while parents were pepper-sprayed and handcuffed
May 28th, 2022 DC Clothesline

Government data proves that people “fully vaccinated” for covid are developing AIDS, which is part of why you’re being distracted with Russia-Ukraine propaganda
May 28th, 2022 DC Dirty Laundry

Cartoon of the Day: Above Their Fray
May 28th, 2022 Conservative Firing Line