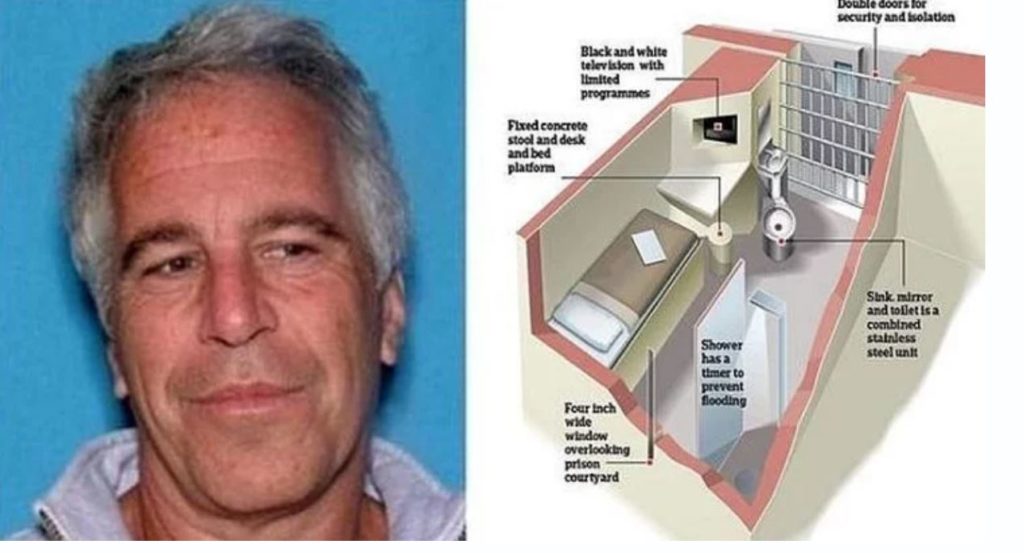 A former inmate at lower Manhattan’s Metropolitan Correctional Center who spent several months in the prison’s notorious 9 South special housing unit for high-profile prisoners told the New York Post that it would have been ‘impossible’ for millionaire pedophile Jeffrey Epstein to have killed himself.

“There’s no way that man could have killed himself. I’ve done too much time in those units. It’s an impossibility,” said the former inmate, adding “Between the floor and the ceiling is like eight or nine feet. There’s no way for you to connect to anything.”

“You have sheets, but they’re paper level, not strong enough. He was 200 pounds — it would never happen.”

The anonymous inmate says that when a prisoner is on suicide watch, they are placed in a straight jacket so that “a person cannot be injurious to themselves.”

That said, Epstein was reportedly taken off suicide watch despite having been found nearly unconscious on the floor of his prison cell three weeks ago with injuries to his neck. Moreover, Reuters has reported that two jail guards which were required to check on all prisoners every 30 minutes (every 15 minutes for suicide watch) failed to follow protocol the night Epstein died.

That said, according to the former inmate, “They don’t give you enough in there that could successfully create an instrument of death. You want to write a letter, they give you rubber pens and maybe once a week a piece of paper,” and that there’s nothing hard or metal provided.

The former inmate also described the miserable conditions one might expect in prison.

I told my parents not to come there. God wasn’t in the building.

I’ve had some heavy incidents in the building. What happened is permanent.

Some of the guards are on a major power trip. They know guys there are suffering. They know something the rest of the world hasn’t seen, that a place like this exists in this country, and they get off on it.

If the guards see that the guy is breaking, they’re going to help you break. –New York Post

“But it’s my firm belief that Jeffrey Epstein did not commit suicide. It just didn’t happen,” the inmate concluded.

More of the latest on Epstein death below: