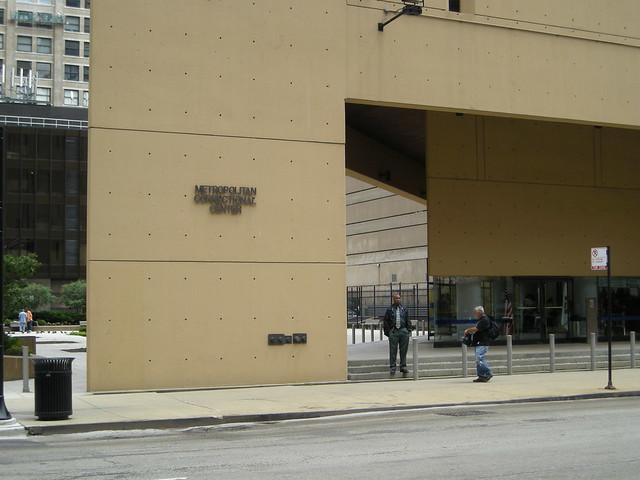 Prison worker claims an unmarked van and unknown military personnel showed up at the Metropolitan Correctional Center Friday night where accused sex trafficker Jeffrey Epstein was being held in and “switched him out” with a dead lookalike.

(INTELLIHUB) — Jeffrey Epstein was handcuffed and wheeled into medical at the Metropolitan Correctional Center at around 4:15 p.m. Friday night just before an unmarked van containing unknown military personnel showed up unannounced to “switch him out”, according to an anonymous post timestamped nearly 10 minutes prior to the actual mainstream news release of the accused sex trafficker’s death by “suicide” which hit the press Saturday morning around 8:53 a.m. on Saturday.

Not saying anything after this pls do not try to dox me but last night after 0415 they took him [Epstein] [to] medical in a wheelchair front cuffed but not 1 triage nurse says they spoke to him. Next thing we know trip vans show up? We do not do releases on weekends unless a judge orders it. Next thing we know, he’s put in a single man cell and hangs himself? Here’s the thing, the trip van did NOT sign in and we did not record the plate number and a guy with a green dress military outfit was in the back of the van according to the tower guy that let him through the gate. You guys I am shaking right now but I think they switched him out.

Not to mention, based on widely circulated photographs, the nose and left earlobe/hole of the dead guy who was wheeled out of the prison Saturday morning does not match Jeffrey Epstein’s actual nose or left ear. By comparison, the man wheeled out on a stretcher is simply not Epstein.

Dead Epstein on left vs alive on right. Any questions? Case closed. He’s alive. The dead man is not Epstein. pic.twitter.com/w5pS3cHvUf

Stay tuned to Intellihub for more breaking news and updates on this developing situation.