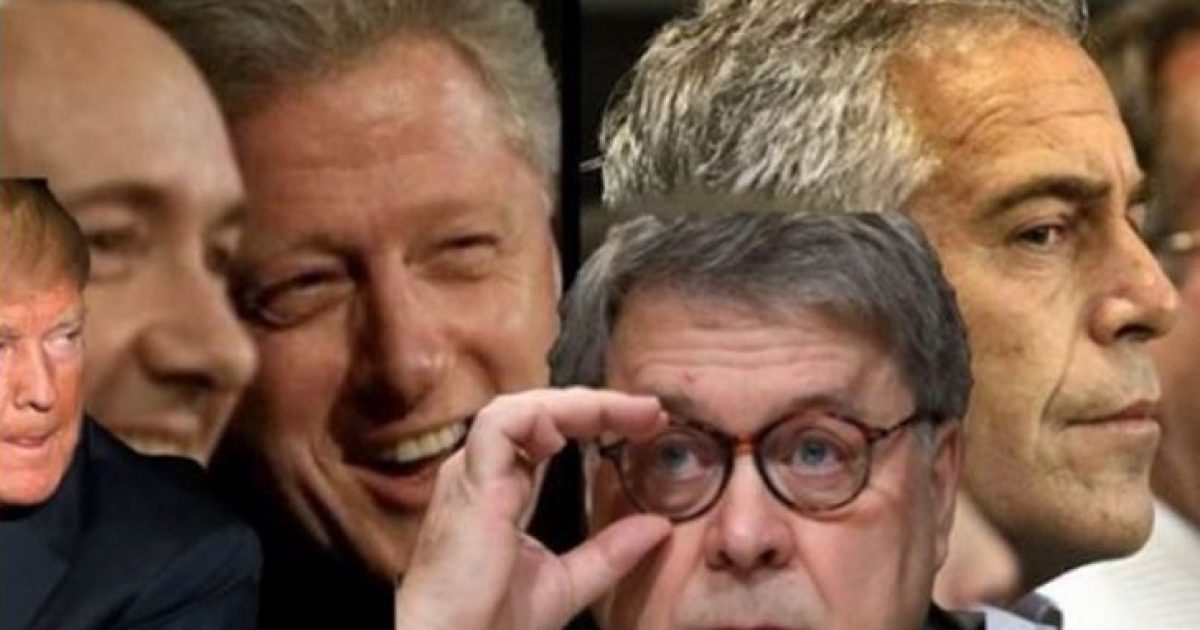 Speculation, Opinion & Analysis From Elder P. – Attorney General William Barr was the guest speaker at the Fraternal Order of Police’s National Biennial Conference this morning.  Before delivering prepared remarks, the attorney general took a few moments to discuss the death of Jeffrey Epstein.

As much as the mainstream media tries to frame the narrative that Epstein was no longer considered a suicide risk, and therefore didn’t warrant constant surveillance, the fact remains that he was always at risk of being murdered to stop him from telling investigators everything he knew – along with the evidence to prove it – in order to lessen his penalty.

My understanding is that witnesses willing to give testimonial evidence against high-profile powerful people are regularly, if not always, put in protective custody.  They’re even offered witness relocation and new identities in many cases. (i.e. Sammy “the Bull” Gravano)

Gravano admitted to 19 murders but bargained for a reduced sentence and witsec in exchange for providing state’s evidence against mob boss John Gotti.

Gotti was a criminal but, in my humble opinion, nothing close to what we’re going to learn about the players in this case.

Listen to AG Barr tell his audience that Epstein’s death will have no effect on the way he approaches this investigation.

“Before I begin, I would like to briefly address the news from the Manhattan Correctional Center over the weekend regarding Jeffrey Epstein. This sex-trafficking case was very important to the Department of Justice and to me personally.

It was important to the dedicated prosecutors in the Southern District of New York and to our FBI agents who investigated the case and were preparing it for trial.

Most importantly, this case was important to the victims who had the courage to come forward and deserved the opportunity to confront the accused in the courtroom.

I was appalled – and indeed, the whole Department was – and frankly, angry to learn of the MCC’s failure to adequately secure this prisoner. We are now learning of serious irregularities at this facility that are deeply concerning and that demand a thorough investigation.

The FBI and the Office of Inspector General are doing just that. We will get to the bottom of what happened at the MCC and there will be accountability.

But, let me assure you that this case will continue on against anyone who was complicit with Epstein. Any co-conspirators should not rest easy. The victims deserve justice, and they will get it.”

If this guys is not the real deal, he sure has us fooled … buckle up, s*** is about to get real …