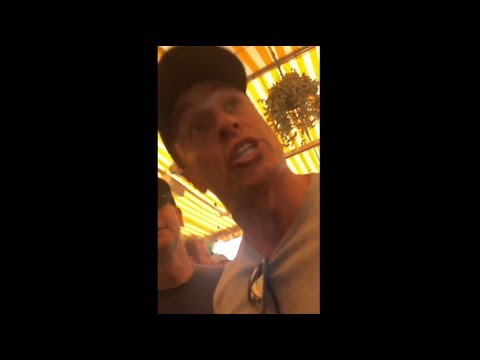 Is there a bigger jerk on television than CNN’s Chris Cuomo?

I could think of a few that might be.

But wait until you see him when the CNN cameras are not on him.

Here’s the shocking video from THAT’S THE POINT with Brandon:

Update 2: Video restored. I will leave both copies and hope one survives.

It appears that Chris Cuomo is an even bigger jerk in real life than his TV personality might indicate.

Here’s more from THAT’S THE POINT with Brandon:

Footage sent in by a TTP fan. A fan of news went to ask Chris Cuomo for a photo, mind you the man who asked him DID NOT know his real name and knows of him only through The RUSH LIMBUAGH SHOW and on that show Rush repeatedly calls him “FREDO” so the man legitimately thought his name was FREDO. At this point CHRIS CUOMO LOSES IT AND THREATENS THE MAN WITH VIOLENCE!

I often wonder how much of the leftist creed is genuine and how much is an act.

It appears that Cuomo is an even bigger jerk off set than on.

Here are some more stories for all of the Chris Cuomo lovers that feel this video unfairly puts him in bad light. People do have bad days, so let’s be fair:

I would personally, not demand but rather, request that Chris Cuomo put on a MAGA hat and get into some anger management classes.

“Fredo” is giving the rest of the Paisanos a bad name.

Is there a bigger jerk on television than CNN’s Chris Cuomo?

If you think there is, give us a comment below and state your case, because this guy is going to be hard to beat.