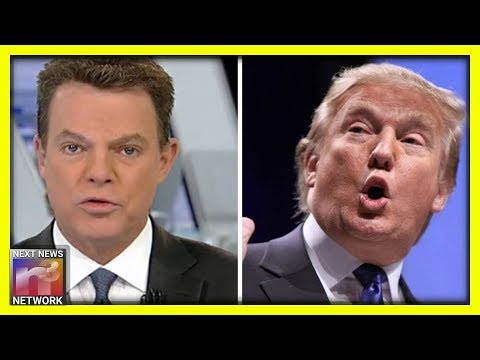 Is there a more hated personality on FOX News than Shepard Smith?

Maybe, but not in President Trump’s eyes.

I can feel and see the butthurt coming from Smith in his response.

Here’s more from our friends at 100percentfedup:

It’s no secret that Smith has been a strong anti-Trump anchor on the usually conservative Fox News channel. He snarks and editorializes to bash President Trump on his 3 p.m. show revealing a strong dislike for the president. Sarcasm is his weapon of choice that’s often used as an aside at the end of a report. He’s a whiny little man.

Trump called him out and then Shep responded on-air:

Watching Fake News CNN is better than watching Shepard Smith, the lowest rated show on @FoxNews. Actually, whenever possible, I turn to @OANN!

When Smith came back from a commercial break he said: “Good afternoon Mr. President. It’s nice to have you with us.”

Smith said to Rick Leventhal that some people aren’t too happy and he looked into the camera and said “that’s too bad”.

Who isn’t happy that President Trump called out Smith for his worse than CNN coverage of the president? It’s about time!

It is about time someone called Smith out.

Has anyone else noticed that Fair & Balanced has become synonymous with FOX becoming more and more leftist in recent years?

Shepard Smith is a good example of that.

Not many watch Smith, but he somehow keeps his job.

Why in the hell is that guy even on FOX News?

Of course, Americans are starting to lose their respect for what was once the only network they could go to for real news.

Now FOX News is becoming as FAKE and liberal as the other guys.

There are some solid shows on Fox but if you want to know why they are moving further and further to the left, you need to do some research on the people in charge.

They certainly seem to be well on their way.

We still have Tucker.