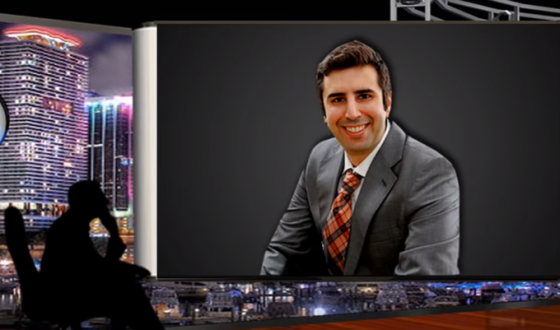 In a recent interview with X33 spotlight, wealth analyst Lior Gantz offered some insight into the Federal Reserve’s actions as of late.  Cutting interest rates when the economy is supposedly “booming” is an odd move, and Gantz says President Donald Trump could be behind these actions in an effort to unofficially abolish the Fed.

Gantz is the owner of the Wealth Research Group, and he’s predicting that Trump is going to insist on lowering the interest rates to zero and keeping them there so the government will be the only entity dictating monetary policy.  The Fed will no longer have any say making them obsolete and completing the government takeover of the central bank.  When the Fed finally caves to Trump’s demands, and the interest rates are set to zero for good, Gantz states that Trump will use taxation, regulations, and government incentives to stimulate the market as the Fed becomes a slave to the government along with the rest of us.

But the silver lining, is that “this is really the beginning for gold,” said Gantz.

Watch the video below to hear Gantz’s entire take on exactly how Trump is going to abolish the Fed and create a complete government takeover of the entire economy.

Gantz does not believe that what we are seeing is a market collapse. Since the U.S. is no longer an agricultural economy, August is no longer a secure “harvesting” month like it used to be:

“I personally don’t think that this is a market collapse. I do think that we will see a very volatile August…historically, since 1951, since the United States officially transitioned from an agricultural economy to a financial economy, [but] with the United States being 2% agriculture right now, [August] has been the worst-performing months…this is defintily not a market collapse, but it’s a change.” -Lior Gantz, Wealth Research Group via X22 Spotlight YouTube channel

Gantz then adds his take on why Trump is reacting the way he has:

“Trump does not want to finish this in an abrupt fashion with China. He learned it from the Bush playbook. If you can have a scenario where you have a problem that started in one presidency, usually the voters will want to keep the same president so they can finish it off. For example: starting the Iraq war.”

Gantz was then asked why the Big Banks would not manipulate the precious metals markets because as we all know, this has been done in the past.

“They [big banks] can short term manipulate, you know, throw paper contracts, use a lot of leverage when there is no fundamental reason not to do it. When you have the Fed’s funds rate going right now at a trend where it’s going lower…the Fed is seeing there are many troubles on the international front and they could impact U.S. unemployment and U.S. manufacturing so they want to ease so the economic expansion can continue.”

The big issue though, is that there is a “systemic problem for the dollar” and it will be all but impossible for governments to contain its collapse. And why does Gantz believe Trump wants to Fed to continually cut rates and bring them eventually down to 0?

“Every politician wants that [lower interest rates.] If every government can borrow money at zero rates, what would be the downside to that?

Trump wants to pay as little as possible.”

So, is Trump trying to bring the economy to its knees by creating a bubble with zero percent rates?

“All he [Trump] wants is to match them [the Yen and Euro’s zero rates] and to say ‘look, I want the Fed out of the equation. ut rates a zero, which means I am the only one in control.’

“If you peg interest rates at zero, the Fed, all it can do, traditionally, is buy bonds. In other words, what Trump is trying to do, is peg the dollar to zero, and then start to manage the economy in a fiscal manner where he doesn’t need the Fed anymore. He goes and created the budget that he wants or the deficit spending that he wants and then he can regulate all of that through taxation and anything else and redistribute any wealth that he wants. But he doesn’t need the Fed anymore.” -Lior Gantz, Wealth Research Group via X22 Spotlight YouTube channel

And using that method, Trump could abolish the Federal Reserve and put the economy under complete control of the United States government.