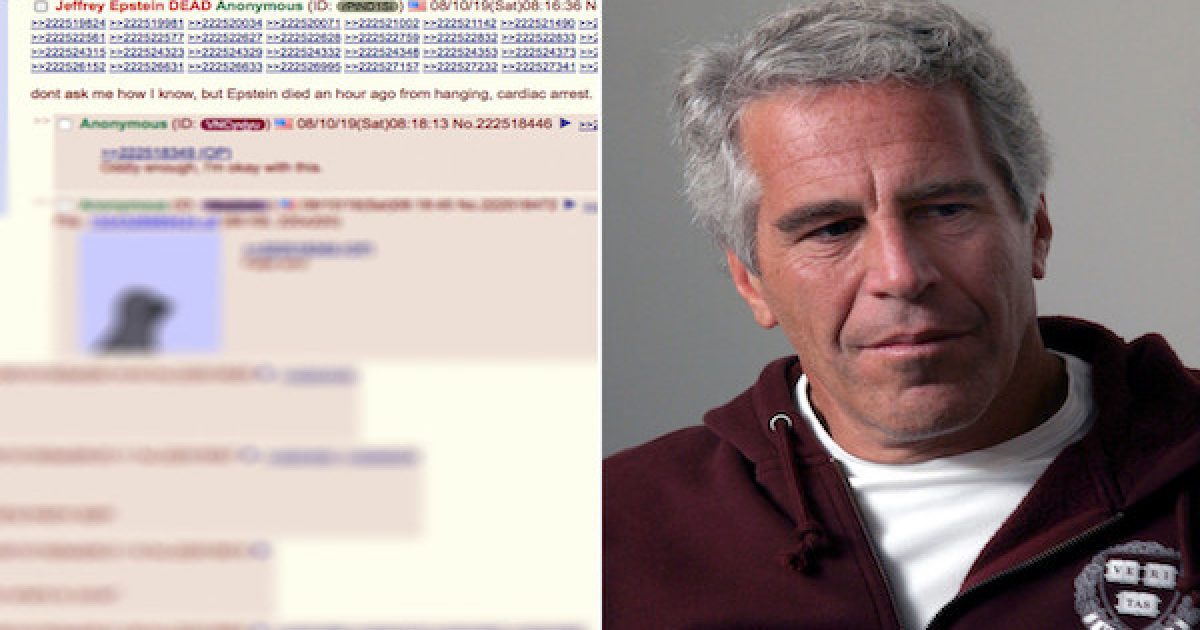 This Epstein suicide gets weirder by the hour. Buzzfeed is reporting that about 40 minutes before Aaron Katersky of ABC News broke the news of Jeffrey Epstein death via twitter, an anonymous message 4chan announced the suicide, “dont ask me how I know, but Epstein died an hour ago from hanging, cardiac arrest.”

Obviously, this raises the questions Who is the poster? And how the heck did he find out?

It gets weirder when others on the message board demanded evidence, the poster gave details about the attempts to save the pedophile, including that first responders attempted to resuscitate Epstein for 40 minutes before he was taken to a hospital, where medical staff continued efforts to revive him for 20 more minutes.

Not only were there details but it was in first-responder-type jargon. Which may be an indication that it was one of the first responders who posted the news to 4Chan. 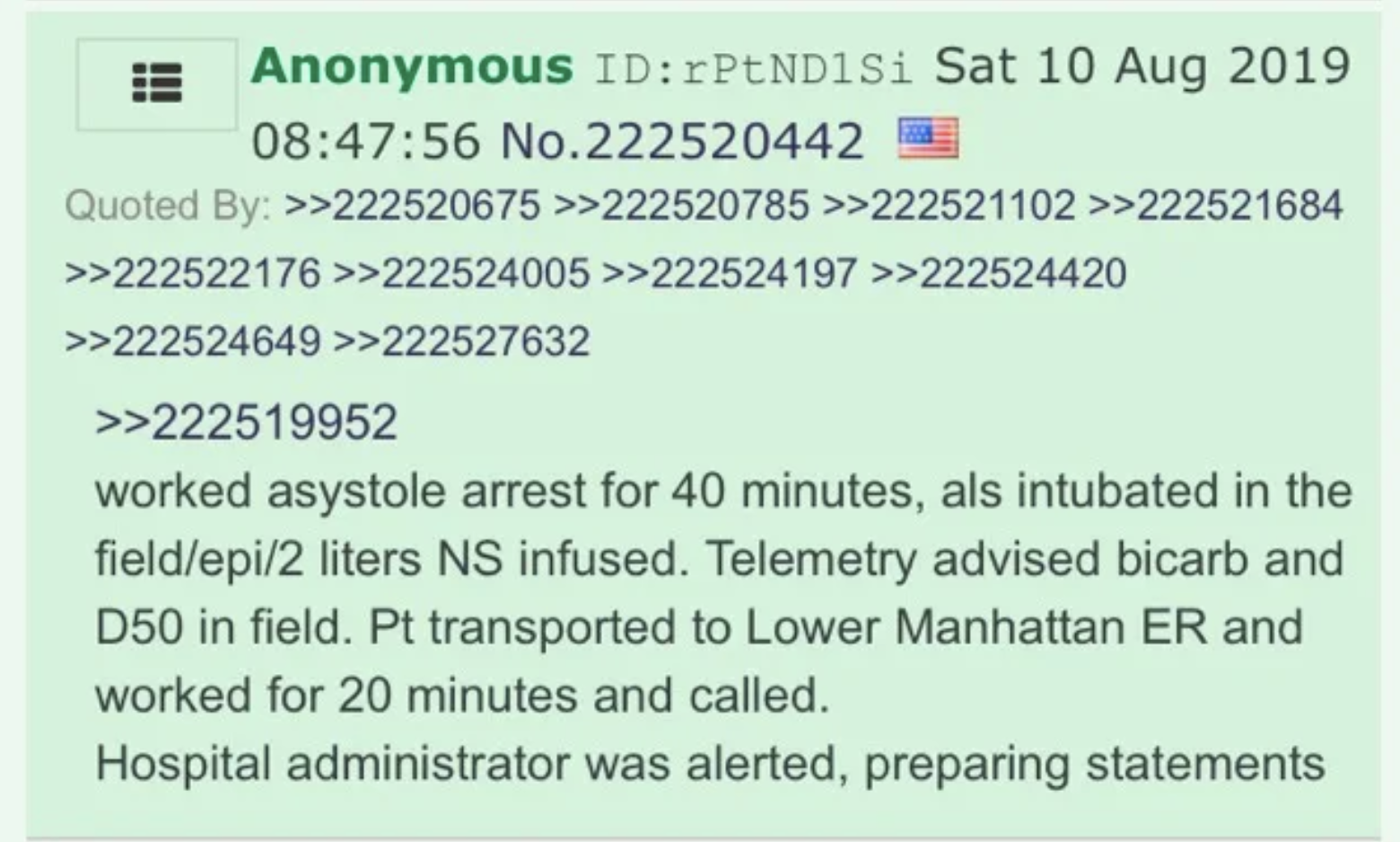 Frank Dwyer, an FDNY spokesperson, told BuzzFeed News he “could not verify the accuracy” of information in the 4chan post. But he said any medical professional who divulges patient information without consent is in violation of a federal health privacy law, HIPAA, and that FDNY would look into it.

The nickname for the NY Fire Dept. has always been “New York’s Bravest.” But after trying to differentiate between review vs. investigation, the name of their press team should be “New York’s most confusing.”

The investigation/review or whatever you want to call it happened was over quickly as two hours after telling Buzzfeed about the review, the NYFD, determined this alleged information did not come from the Fire Department.” The reason for that determination was that the medical facts on the board did not match their records:

“We looked at the information provided by [a BuzzFeed News] reporter and we looked at our own records and there was no match.It doesn’t match our medical records.”

Whether or not the medical part of the 4chan post was correct (and the NYFD spokesman may be fudging the truth)  the question remains how did that anonymous poster find out before anyone else?

More of Our Latest on Epstein: