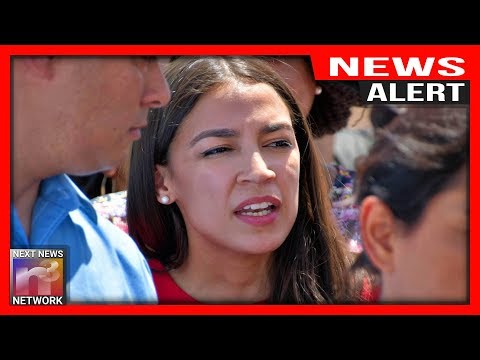 Could that be why AOC has been so quiet as of late?

This may explain why AOC has been largely AWOL lately.

I thought she was just scared of Trump calling her out, AGAIN, as he has many of her Democrat playmates lately.

He probably will now… AGAIN!

John Salvatore with Flag and Cross has the scoop:

And his name is Saikat Chakrabarti, formerly Alexandria Ocasio-Cortez’s chief of staff.

The brash Chakrabarti, who masterminded Ocasio-Cortez’s campaign and steered her proposed Green New Deal, had caused uproar in the halls of Congress with a series of combative tweets that contributed to a rift between his rookie boss and Speaker Nancy Pelosi.

AOC appeared to take the jab as a compliment.

1. NEW: I've obtained a copy of @TimAlberta's book "American Carnage" which comes out on July 16.

President Trump sat down with Tim for the book and in an interview he shares what his nickname for @AOC is:

This certainly explains a helluva lot.

AOC has gone from being in the news every day, to taking a backseat to Ilhan Omar and her other partners in crime.

There is trouble in AOCLand!

Controversy has taken over, but what about the other AOC — the one that is downright idiotic at times?

After a couple of brutal smackdowns I really thought she was in hiding from the people who hurt her poor little feelings, like Trump.

But like any good Democrat it appears AOC has been playing damage control, possibly with her garbage disposal.

If I were an investigator on this case, you’d better believe that’s the first place I’d be looking for hints of shredded documents and such.

AOC learned how to use it and I bet that’s exactly where any incriminating documents ended up. 😉

Some of the most brain-cell-challenged people in congress are also the most dangerous.

Pelosi is clearly losing her mind, but that only makes her more of a danger:

They show, and sometimes purposely fake, weakness just so you don’t see the evil heading your way.

I’d say there will be calls, not just to defeat but, to lock up AOC before long.

She had to know what was going on with her own Chief of Staff.

She can play stupid, but she isn’t.

There are some really nasty politics about to be exposed and she can play dumb to some, but we need to see the real AOC.

Idiot or not, AOC is one dangerous congresswoman who is following in the criminal tradition of her party!