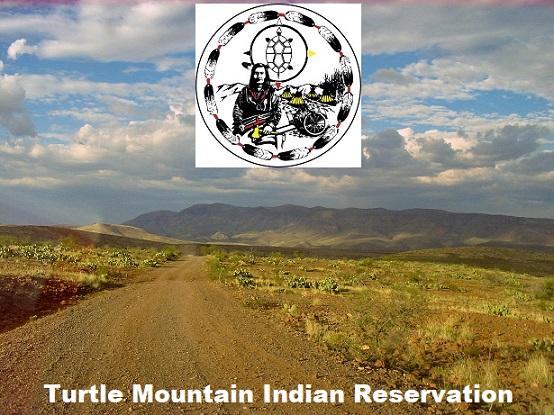 North Dakota is the only U.S. state that allows residents to vote without registering, as long as they show a valid piece of identification (ID) at the voting booth.

Despite the state’s generous definition of what constitutes a valid piece of ID, in January 2016, six members of the Turtle Mountain Band of Chippewa Indians sued the state, claiming that the ID requirement restricted the ability of tribal members to exercise their right to vote, in violation of the U.S. Constitution, state law, and Section 2 of the Voting Rights Act of 1965.

The Turtle Mountain Band of Chippewa Indians is a Native American tribe of Ojibwa and Métis peoples, based on the Turtle Mountain Indian Reservation in Belcourt, North Dakota. The tribe has 30,000 enrolled members. A population of 5,815 reside on the main reservation and another 2,516 reside on off-reservation trust land (as of the 2000 census).

The main reservation lies in northern North Dakota and has a land area of 67.583 square miles and a 2016 estimated population of 6,369, an unemployment rate of nearly 50%, a poverty rate of 38%, and a per capita annual income of $12,000. The Turtle Mountain Indian Reservation also has extensive off-reservation trust lands spread across 22 counties in three states: North Dakota, Montana and South Dakota. Including these lands, the reservation’s land area totals 233.036 square miles.

On August 1, 2016, the U.S. District Court for the District of North Dakota – Bismarck granted the plaintiffs’ motion for a preliminary injunction, on the grounds that voter ID imposes “excessively burdensome requirements” on Native American voters in North Dakota.

On July 31, 2019, in a 2-1 decision, the 3-judge panel of the 8th U.S. Circuit Court of Appeals reinstated North Dakota’s voter ID requirement and tossed out the lower district court’s injunction. But the six Native American plaintiffs of the original lawsuit have filed an “emergency” appeal to the U.S. Supreme Court to vacate the Circuit Court’s ruling.

The six plaintiffs are Richard Brakebill, Dorothy Herman, Della Merrick, Elvis Norquay, Ray Norquay, Lucille Vivier, who all claim to be Native American residents of North Dakota. To quote their Complaint in the original lawsuit, Brakebill, et al. vs. Alvin Jaeger, in his capacity as the North Dakota Secretary of State:

All of the Plaintiffs named in this Complaint are citizens of the United States, residents of North Dakota, Native Americans, and duly qualified electors eligible to vote in local, state, and federal elections in North Dakota. “The record reveals these Plaintiffs and others were denied the right to vote in November 2014 (even though the poll workers knew them personally and knew they were qualified to vote) because they had invalid ID’s under the new laws.” Doc. 50 at 17.

Under the new law, HB 1369, Plaintiffs likewise would have been disenfranchised or severely burdened despite being duly qualified electors. Therefore, all Plaintiffs have a direct, substantial, and legally protectable interest in the subject matter of this litigation.

Filing a lawsuit and an appeal to the U.S. Supreme Court costs money and requires considerable legal knowledge. So who are those six very persistent Native American plaintiffs?

Note that as litigants in a high-profile lawsuit, the six qualify as “public figures”. As stated in Law.com, “Incorrect harmful statements published about a public figure cannot be the basis of a lawsuit for defamation unless there is proof that the writer or publisher intentionally defamed the person with malice (hate).”

According to the Complaint, Brakebill, et al. vs. Alvin Jaeger, of the original lawsuit:

Plaintiff Richard Brakebill is an enrolled member of the Turtle Mountain Band of Chippewa Indians and a United States Navy veteran. Mr. Brakebill is over the age of 18 and has lived in Rolla, North Dakota for at least ten years. Mr. Brakebill is therefore a qualified elector in North Dakota. “Plaintiff Richard Brakebill was denied the right to vote in November 2014 because he had an expired driver’s license. When he sought to remedy this problem at a North Dakota Driver’s License Site, he was denied a new form of ID because he did not have a copy of his Arkansas birth certificate.” Doc. 50 at 17. He had a tribal ID without an address and an expired state of North Dakota ID with an old address. Mr. Brakebill lives on a fixed income and currently works a seasonal, inconsistent job, further constraining his ability to secure the documentation necessary to obtain a qualifying ID or supplement his existing ID. “Nevertheless, Mr. Brakebill attempted to vote on election day in 2014 and presented his expired driver’s license and his tribal ID. He was denied a ballot because his license had expired and his tribal ID did not reveal a current residential address.” Id. Mr. Brakebill currently possesses a tribal ID that lists his street address but the ID expires August 2018, three months before the November 2018 election. Mr. Brakebill had to pay $10 for his tribal ID, and will have to pay again next year for an updated tribal ID. Mr. Brakebill recently suffered a house fire and lost most of his possessions and is unsure whether he will be able to obtain another ID prior to the election due to the strain on his financial resources. Mr. Brakebill has also been unable to secure a state ID due to the logistical difficulty of getting to a North Dakota Driver’s License Site (“DLS”). Mr. Brakebill believes he has to travel to the Devil’s Lake DLS to obtain an ID – an approximately 1 hour and 15 minute drive – because the DLS nearest to him in Rolla is open so infrequently that attempting to go there is, practically speaking, impossible. The DLS in Rolla is open the second Wednesday of every month from 10:20 a.m. to 2:35 p.m.

Note that according to the above, Brakebill was born in Arkansas, and is living in and has lived in Rolla, North Dakota for more than ten years. But according to the people search engine Truth Finder, there is no one named Richard Brakebill who lives or has lived in Rolla, North Dakota, but there are two Richard Brakebills in Arkansas, who appear to be father and son:

There are four Dorothy Hermans in North Dakota:

Williston is in southern ND; Grand Forks and Fargo are both in eastern ND. Of the four Dorothy Hermans, Dorothy E. Herman of Rolla, ND is most likely the voter ID plaintiff because Rolla is in northern North Dakota as is the Turtle Mountain Indian Reservation; Rolla is also the city that Richard Brakebill claims to be his residence.

According to Truth Finder, Dorothy E. Herman, 79, is of modest means. She and her husband (or son) own a 2-bed 1-bath home in Rolla with a 2018 assessed property value of only $43,740. Herman’s Facebook page says she is retired and had “studied” at Turtle Mountain Community College.

Truth Finder says there is no Della Merrick in North Dakota, and found only two Della Merricks in the U.S. — in Kansas and Ohio. But another people search engine, Spokeo, found a Della Merrick with P. O.  Box addresses in Dunseith and Belcourt, ND, but Spokeo claims she is 100% Caucasian.