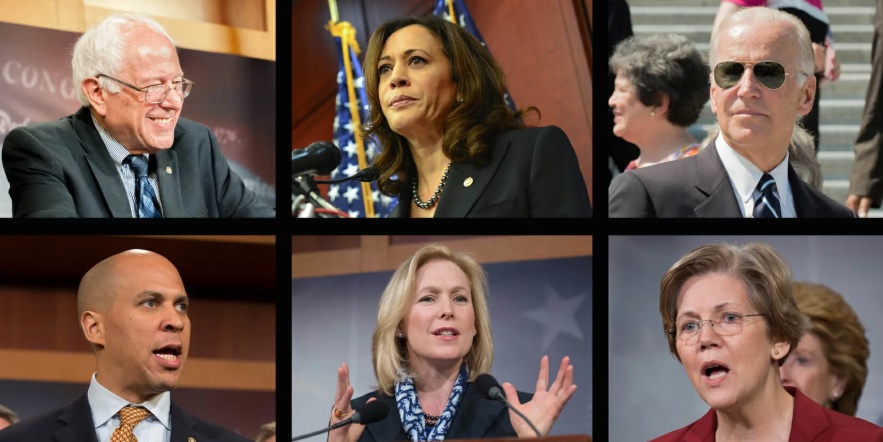 It would be difficult to argue that the political environment in America has not grown significantly more toxic and hostile over the last several years. I pointed out in my column of two weeks ago that the political left cites the culture of the Trump administration for the recent deterioration in race relations. Similarly, the left blames the culture of the Trump administration for this dramatic downturn in civility. Again (as I detailed in the earlier column), this decline actually began during the Obama administration and represents the left’s reaction to the popular rejection of socialist policies by the electorate.

The fear and desperation of those on the left cannot be understated. With the ascendency to the White House of an individual who could relate to average Americans, had the nation’s best interests at heart and who sought the dismantling of the corrupt Beltway machine, the political establishment faced a threat it had never before seen. This fear and desperation account for the augmented hyperbole and venom coming from the left and the incomprehensibly absurd charges being leveled against President Donald Trump and his supporters on an hourly basis.

We have never before seen as much incendiary rhetoric, calumnies and fearmongering coming from powerful Democrats and their co-conspirators in the press, the entertainment industry and the activist community. Hardly a day goes by without a prominent liberal mouthpiece citing “irrefutable evidence” that President Trump and all of his supporters are vehement racists and fascists, that the president rose to his position via dishonest and unlawful means, and that he and his supporters represent an unprecedented threat to the future of our nation.

The Orwellian propaganda (which “1984

” author Orwell derived from the Third Reich and Soviet Union as the model for the government in his novel) emanating from the left is at an all-time high. “Repeat a lie often enough and it becomes the truth,” the phrase frequently attributed to the Nazi propaganda minister Josef Goebbels, has evidently become the left’s standard operating procedure.

On Aug. 11, Fox News’ Brit Hume took to Twitter, blasting Democratic presidential hopefuls Sen. Kamala Harris and Elizabeth Warren for claiming last Friday that Michael Brown, the young black man who was shot and killed by Ferguson, Missouri, police officer Darren Wilson in 2014 after assaulting the officer, was murdered in cold blood. Hume pointed out the abject fallacy of the claim, then chastised the two senators for the incendiary nature of their rhetoric, asserting that it did “nothing to calm racial tension in this country.”

Due to our nation’s history and our collective sensibilities, a racist is one of the worst things a person can be in America. It follows that baseless charges of racism are among the worst calumnies one can level against another. Despite this, those on the left are dispensing such charges against President Trump and his supporters with a dizzying vigor, along with allegations of their proclivity toward homophobia, misogyny, Islamophobia, Nazism, fascism and so forth. Leftist mouthpieces are instructing their followers to “destroy” Trump supporters, and the instance of left-on-right violence has far outpaced that of the reverse.

If this fire hose volume of lies and histrionics sets the engaged conservative or libertarian off balance (and it definitely does me), one can only imagine the over-stimulation and cognitive dissonance it has the potential to produce in the rank-and-file unaffiliated voter. Many of those who succumb to the left’s rhetorical vitriol may be among weak-minded people, but the weak-minded do have the right and the capacity to vote. For the most part, however, the battle lines have been drawn; it is unlikely that too many people who don’t believe President Trump is a racist will be convinced otherwise between now and November 2020, nor will any of those already convinced of this change their minds.

Suffice it to say that all of this is going to make for a very interesting 15 months ahead.

Apart from acknowledging that the Democratic Party was indeed the party of slavery, segregation and Jim Crow, whatever the party once was, it is clear that the party now represents America’s garbage. I will qualify these as the maladjusted, indolent, emotionally stultified, covetous misfits who believe that others owe them an existence, immigrants who come here not to assimilate and contribute, but to drain our resources and contribute to crime, civil unrest and social decline, and deviants who wish to subvert our moral fabric to accommodate their proclivities.

The power brokers on the left already know that their divisive rhetoric has the potential to set Americans at each others’ throats; this is why they are dispensing it so freely and why they have mobilized the above fringe groups like never before.

These facts, along with the incomprehensibly destructive, hard-line socialist policies being touted by the 2020 Democratic presidential field, the left’s “ends justify the means” deportment and the history of socialist regimes from the early 20th century on clearly illustrate the imperative for utterly neutralizing the political left in this country, and at this point I would say by any means necessary. A protracted civil war would be a superior outcome to this cabal gaining political preeminence, and as dangerous as the left claims Donald Trump is, the next Democratic president – whoever that is and whenever he or she comes to the office – will represent a level of danger to this nation exponentially greater than even Barack Obama represented in 2008.