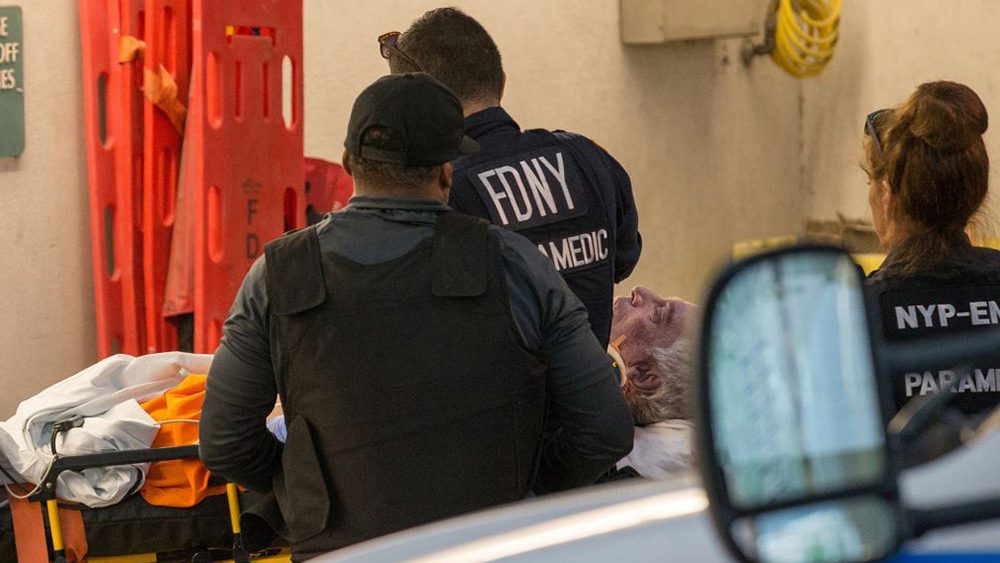 (Natural News) The bombshell news for today is that the official autopsy results for Jeffrey Epstein have been released. According to mainstream media outlets such as the Washington Post — a mouthpiece for the deep state — Jeffrey Epstein’s neck bones were broken in a manner that is consistent with strangulation. As reported by True Pundit:

An autopsy found that financier Jeffrey Epstein sustained multiple breaks in his neck bones, according to two people familiar with the findings, deepening the mystery about the circumstances around his death. Among the bones broken in Epstein’s neck was the hyoid bone, which in men is near the Adam’s apple. Jonathan Arden, president of the National Association of Medical Examiners, said a hyoid can be broken in many circumstances, but is more commonly associated with homicidal strangulation than suicidal hanging.

But why would the establishment want the public to believe Epstein was murdered when it’s so much easier to simply announce he committed suicide?

Don’t think for a minute that autopsies of such high profile deaths are carried out with a sense of “transparency” or truth. It’s all about shaping the message for a strategic purpose. And this autopsy in particular was carried out by Medical Examiner Barbara Sampson with Dr. Michael Baden observing. Dr. Michael Baden is, of course, the very same person who oversaw the autopsy of JFK after he was shot and killed by the deep state in 1963. (Yes, Dr. Baden’s career spans many decades.) Dr. Baden was also involved in the Dr. Martin Luther King, Jr. investigation and even served as an expert witness in the defense of O.J. Simpson. (Source)

If you think Dr. Michael Baden isn’t connected to the highest levels of globalist deep state power, you’re clueless about the history of the world in which you live.

If the establishment wants you to think Jeffrey Epstein is dead, it’s only because he isn’t dead. He’s still alive, and he has obviously been moved to another location to be grilled by the people who now have him. The only real question is: Who carried out the body swap?

The evidence leans toward a military team operating under the orders of President Trump. Jeffrey Epstein was rescued, the theory goes, so that his testimony could be secured to help bring down the deep state. Jeffrey Epstein can name names, and he no doubt has elaborate records and video files showing the world’s powerful elite having sex with under age girls (or boys). A clever blackmailer like Epstein would have obviously made multiple copies of this evidence and hidden those copied in many locations, probably connected to a “dead man’s switch” that would release files if he doesn’t check back in from time to time. (h/t to Dave Hodges at TheCommonsenseShow.com who knows even more about this than I. He and I recorded a one-hour talk about all this last night, and the recording will be posted soon as his website.)

Once you understand this, it’s not difficult to realize that kidnapping and torturing Jeffrey Epstein would give you control over the dead man’s switch. Under duress, Epstein could either be forced to prevent the release of the files, or to trigger their release, depending on what the kidnapping party wants to see happen.

The fact that no bombshell video files or other evidence hasn’t yet been publicly released is very nearly proof that Epstein is still alive. In fact, it’s strong evidence that Epstein is being allowed to (or forced to) reset the countdown triggers on the dead man switches.

Two scenarios are now possible, depending on which party took Epstein alive

Now, the only question is who has him? Is it the Trump camp, or the Clinton camp?

If Trump operatives have Epstein, the play book runs like this:

Step 1: FAKE the autopsy and report to the world that Epstein was murdered or “suicided.”

Step 3: PROTECT Epstein until he can testify in court. Continue to promote the narrative that Epstein has been killed, thereby dissuading the Clinton deep state from trying to find him and murder him.

Step 4: At some point, ALLOW Epstein’s files to be released by blocking him from resetting the dead man switches. The timing of this is crucial. It must happen near the time that Epstein’s newly-recorded video testimony is also released to the world, probably around the time the DOJ files criminal charges against deep state Democrats.

If Clinton operatives have Epstein, the play book runs like this:

Step 1: TORTURE Epstein to force him to reset his dead man switches every 48 hours or so, thereby preventing the release of his blackmail files.

Step 2: KEEP TORTURING Epstein in an effort to get him to disclose his dead man switch contacts in the hopes of tracking them down and disabling those switches.

Step 4: MURDER Epstein and dump his body somewhere that it will never be found.

Bottom line? If the Clinton deep state operatives have Epstein, he’s probably having his skin peeled off right now. If Trump operatives have Epstein, he’s probably being interviewed and interrogated to divulge everything he knows. That evidence would likely be timed to coincidence with the coming DOJ criminal indictments of corrupt deep state officials like James Comey and John Brennan.

Either way, Jeffrey Epstein is going to burn in Hell. The only question is whether some of the other Demoncrats will join him after being exposed for the sicko pedophiles they truly are.

Let us hope Trump’s people have Epstein. Presently, I give that about 70/30 odds.

Or, I suppose, you could just believe the official story and conclude that the government always tells you the truth. Yeah, and JFK was killed by Lee Harvey Oswald, too, and Oklahoma City was carried out by Timothy McVeigh. If you believe all that, you’ll probably believe anything the government tells you. So take your vaccine shots, eat your GMOs and trust Google on everything. You don’t believe in “conspiracy theories,” remember? And there’s a chemotherapy clinic waiting for you, too, so that your brain can be damaged to the point where you don’t even remember what it’s like to be a free citizen.

Keep reading the independent media to stay informed. Censored.news is an excellent resource, alongside Whatfinger.com