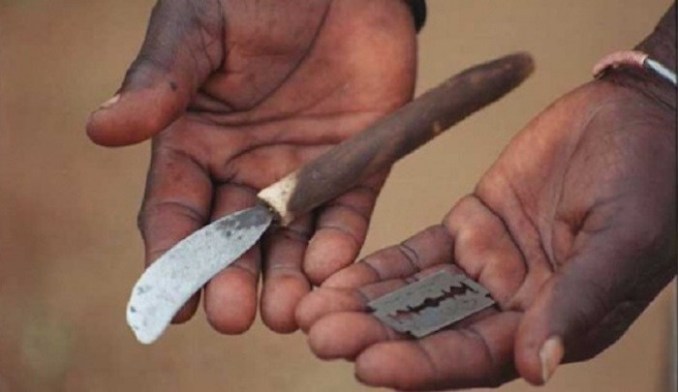 A Tennessee Senator, Marsha Blackburn, has introduced a federal bill that would criminalize female genital mutilation (FGM). It’s about time this law was introduced at the federal level and laws strengthened to aid the growing number of girls who are being abused by this procedure. According to the U.S. Centers for Disease Control and Prevention, “over 500,000 women and girls have either undergone, or are at risk of undergoing the procedure.”

Four months ago, the Department of Justice decided to abandon efforts to uphold America’s FGM law, “concluding it is too weak as written and needs to be changed in order to successfully prosecute anyone.” This decision bore implications for two Michigan doctors, Dr. Jumana Nagarwala and Dr. Fakhuruddin Attar, and six others. Although FGM charges against them were thrown out last November by U.S. District Judge Bernard Friedman when he ruled them to be technically “unconstitutional,” the two doctors still faced conspiracy and obstruction charges that could have sent them to jail for two to three decades, but the DOJ dropped all charges. Defense lawyers also “argued that the defendants are good, hardworking people with deeply held religious convictions who were involved in only mild procedures that are part of their faith,” in complete disregard for the suffering of their victims.

FGM, like many other human rights violations in Islam, is a religiously sanctioned practice, as stated in the Hadiths:

“Abu al- Malih ibn Usama’s father relates that the Prophet said: ‘Circumcision is a law for men and a preservation of honour for women.’” (Ahmad Ibn Hanbal 5:75)
take our poll - story continues below
Completing this poll grants you access to DC Clothesline updates free of charge. You may opt out at anytime. You also agree to this site's Privacy Policy and Terms of Use.

“Narrated Umm Atiyyah al-Ansariyyah: A woman used to perform circumcision in Medina. The Prophet (peace be upon him) said to her: ‘Do not cut severely as that is better for a woman and more desirable for a husband.’” (Abu Dawud 41:5251)

Reliance of the Traveller — the classic manual of Islamic law — also states that “circumcision is obligatory for men and women.” (‘Umdat al-Salik e4.3)

In the U.S. Currently, laws about FGM differ from state to state, with many states having no laws against it at all.

H.R. 3583 and S. 2017 were each introduced in late June with the goal of overturning a 2018 ruling by a federal judge which found Congress was unable to pass a 1996 law which banned the practice on females under 18 except when done out of medical necessity.

The new bill would again ban FGM on girls under 18 and specifies on laws governing interstate commerce, which Congress has jurisdiction over. Otherwise, it is up to the states to pass laws.

Tennessee passed a law this year which went into effect on July 1. Under the Tennessee law, it is a Class D felony to knowingly mutilate a female, facilitate the act, or transport or facilitate a female for FGM.

The state law also extends the statute of limitations for prosecutions and civil actions when it comes to FGM…..