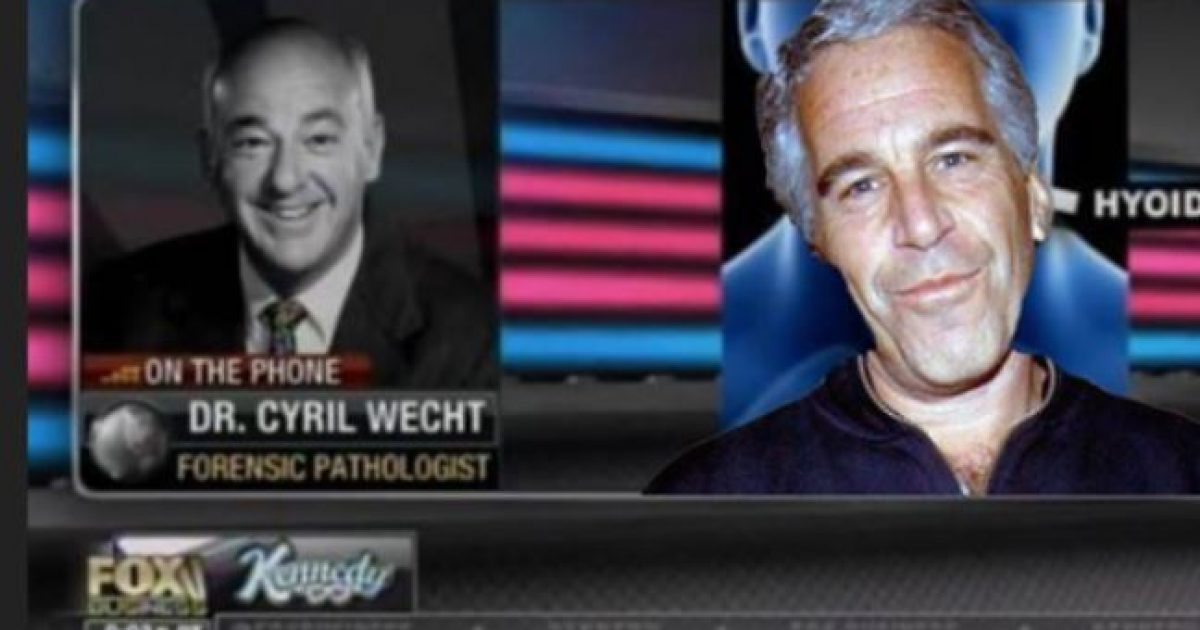 An autopsy found that financier Jeffrey Epstein suffered multiple breaks in his neck bones, according to two people familiar with the findings, deepening the mystery about the circumstances around his death.

Among the bones broken in Epstein’s neck was the hyoid bone, which in men is near the Adam’s apple. Such breaks can occur in those who hang themselves, particularly if they are older, according to forensics experts and studies on the subject. But they are more common in victims of homicide by strangulation, the experts said.

The details are the first findings to emerge from the autopsy of Epstein, a convicted sex offender and multi millionaire in federal custody on charges of sex trafficking. He died early Saturday morning after guards found him hanging in his cell at the Metropolitan Correctional Center in Manhattan and he could not be revived.

Dr. Wecht, who is both a doctor and lawyer, explained to Kennedy that a Montreal study found that only 2 out of 239 hanging deaths showed a broken Hyoid bone, which is equal to less than 1% of those who lose their lives.

The highest profile inmate in the United States prison system managed to sustain broken bones in his neck, including a broken Hyoid bone, which is most common in strangulation deaths.

Wecht went on to say that all the prisoners in the MCC on Epstein’s floor should be questioned regarding his death.

“Earlier today Dr. Mark Siegel told Bulls and Bears on FOX Business Network that the hyoid bone might break in strangulation about one-third to one-half of the time. In suicide, hanging, it might break 6-10% of the time,” reports TGP.

Take a look at the following clip from Kennedy: