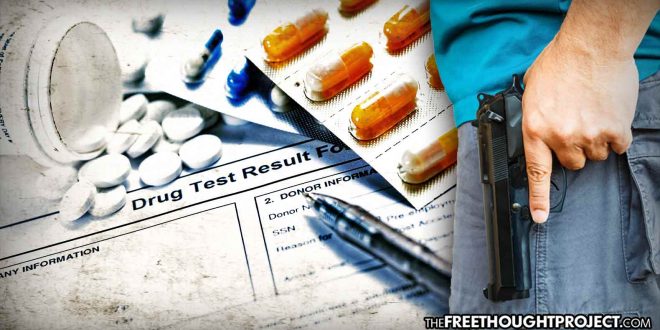 Dayton, OH — Another tragic mass shooting has taken place and, as usual, both sides are using it to further their political agenda. As the left blames guns and the right blames mental illness and video games, both sides are completely missing the elephant in the room. The Coroner who examined the body of Connor Betts, the 24-year-old man who shot and killed his sister, her boyfriend and seven others, before several heroic police officers took him out in downtown Dayton earlier this month, was found with a cocktail of drugs in his system. One of these drugs in particular is linked to most mass shootings.

According to a report in the Washington Post, the coroner says Dayton gunman had cocaine, alcohol, anti-depressants in his system during the mass shooting that killed 9.

Since the shootings in Dayton and El Paso, Politifact has made it its mission to “Fact check” those (otherwise known as labeling as a kook) for simply pointing out the fact that many of these mass shooters are on these meds. They have gone so far as to say that questioning the role of psychiatric medications in mass shootings is “dubious.”

To be clear here, no one at the Free Thought Project is saying that these medications are directly causing mass shootings. However, to dismiss the connection and label those who report this connection as conspiracy theorists, is irresponsible.

The link is so dominant that even the BBC has reported on it. Yet Politifact wants you to believe that these claims are all dubious.

Also, as TFTP has reported on numerous occasions, the majority of mass shooters have links to psychological medications that carry serious warnings for side-effects on their labels.

David Katz, Stephen Paddock, Omar Mateen, Gavin Long, Dylann Roof, Eric Harris, Dylan Klebold, James Holmes, and Nikolas Cruz, all have one thing in common other than the mass murders they carried out. They were all reportedly taking prescription drugs which alter their state of mind and carry a host of negative side effects ranging from aggression and suicide to homicidal ideation.

The issue of psychotropic medication playing a role in mass shootings is not some conspiracy theory. It is very real and the drug manufacturers list these potentially deadly side effects on the very inserts of every one of these drugs. In fact, these drug manufactures have paid out hundreds of millions in secret lawsuits to folks who have successfully linked the deaths of their loved ones to these drugs.

Joseph T. Wesbecker, 47, carried out a mass shooting in which he shot 20 workers at Standard Gravure Corp. in Kentucky, in September 1989. Eight of the victims were fatally wounded, and Wesbecker ended the rampage by shooting and killing himself.

Just one month earlier, Wesbecker had started taking the antidepressant Prozac, which included side effects such as “obsession with suicide and dangerously violent behavior,” according to an article in the American Journal of Psychiatry.

When the survivors of the shooting filed a lawsuit against Eli Lilly arguing that it had known about the propensity of Prozac to cause violent outbursts and suicidal tendencies, the company convinced the victims to agree to secret settlements outside of court.

GlaxoSmithKline Paid $6.4 Million to the Family of a Man Who Murdered Three Family Members Hours After Taking Paxil in 1998

Donald Schell, 60, was prescribed the antidepressant Paxil to treat depression in Wyoming in February 1998. Within hours of taking the first dosage, he burst into a fit of rage and fatally shot his wife, Rita; their daughter, Deborah Tobin; and their 9-month-old granddaughter, Alyssa.

Schell then shot and killed himself. His remaining family members filed a wrongful death lawsuit against the pharmaceutical company behind Paxil, and they were awarded $6.4 million based on “the company’s failure to sufficiently warn doctors and patients that the effects of the drug could include agitation and violence.”

Stewart Dolin, 57, was working as a corporate attorney in Illinois when he was prescribed the generic version of the antidepressant Paxil for depression and anxiety. While taking the drug, he committed suicide by jumping in front of a Chicago Transit Authority train.

His widow, Wendy Dolin, filed a lawsuit against GlaxoSmithKline, arguing that the company failed to warn her husband’s doctor that the drug he was being prescribed would increase his risk of suicidal behavior, which led to his death.

“This for me has not just been about the money. This has always been about awareness to a health issue, and the public has to be aware of this,” Wendy Dolin told the Chicago Tribune after she was awarded $3 million in compensation.

While the cases mentioned above are notable because they received significant media attention, there is still an overwhelming number of lawsuits that stemmed from cases in which pharmaceutical companies paid millions of dollars for failing to warn doctors that the antidepressants they were prescribing could drive patients to kill themselves and others.

Despite all this, the mainstream media and the government continue to ignore or suppress this information. Why is that?

We have even reported incidents in which reporters have been cut off by the network for mentioning the connection on air. In a clear example of how beholden mainstream media is to the pharmaceutical industries who manufacture and market these drugs, FOX News’ Sean Hannity was recorded last year, blatantly cutting off a reporter who dared mention Nikolas Cruz’s reported association with antidepressants.

More on Mass Shootings and Drugs…