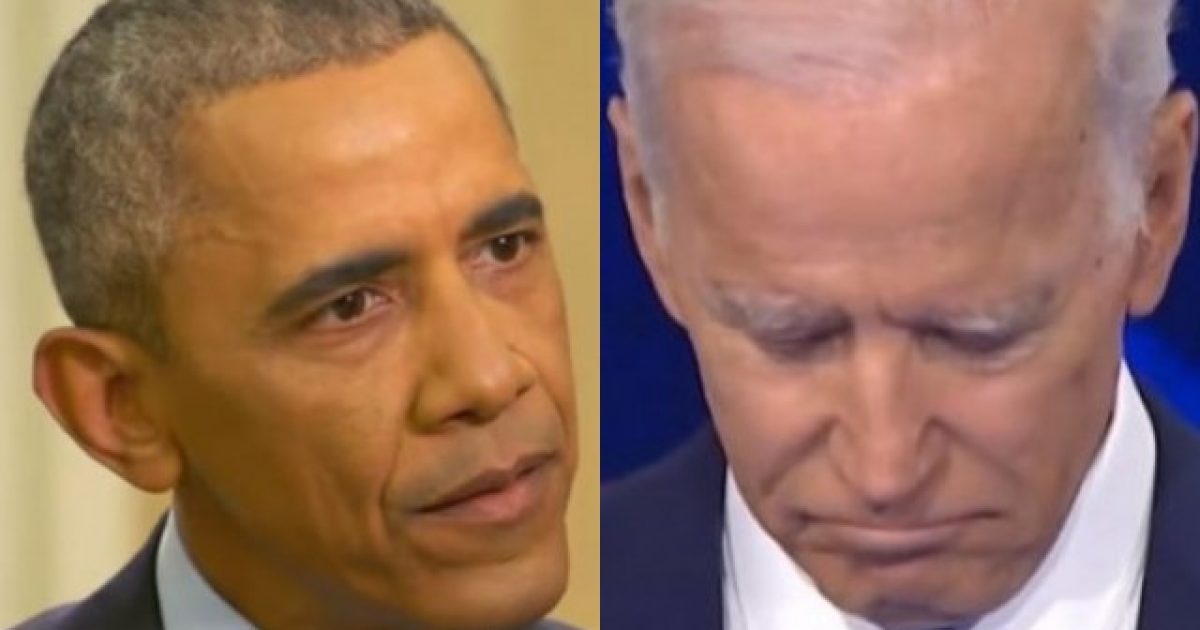 Report: Obama Tried To Talk Biden Out Of Running For President In 2020

Former President Obama attempted to talk Joe Biden out of running for the nation’s highest office in 2020, but it obviously wasn’t advice the former vice president didn’t take.

As reported by The New York Times, Biden sought Obama’s counsel when he was mulling a run for the Democratic presidential nomination, and the latter attempted to dissuade the former U.S. senator from jumping into the race:

The two men spoke at least a half dozen times before Mr. Biden decided to run, and Mr. Obama took pains to cast his doubts about the campaign in personal terms.

“You don’t have to do this, Joe, you really don’t,” Mr. Obama told Mr. Biden earlier this year, according to a person familiar with the exchange.

Mr. Biden — who thinks he could have defeated Donald Trump four years ago — responded by telling Mr. Obama he could never forgive himself if he turned down a second shot at Mr. Trump.

Mr. Obama has said he will not make an endorsement in the primary, and has offered every candidate his counsel. But he has taken an active interest in the inner workings of his friend’s campaign, to an extent beyond anything offered to other candidates.

The Times story appears to contradict an earlier claim by Biden that he did not seek the former president’s endorsement.

“I asked President Obama not to endorse me. He doesn’t want to. Whoever wins this nomination should win it on their own merits,” he said in June.

The story also comes after a series of gaffes — which Biden is already famous for.

In fact, the candidate has been making so many mistakes on the campaign trail that his handlers have sought to reduce his exposure by limiting the number of public appearances, which President Trump picked up on last week.

“I think sleepy Joe may be able to limp across the finish line,” the president said during a campaign stop in New Hampshire Thursday. “Today, they announced they are going to cut way back on his appearances because he is such a disaster … Can you believe it?”

Biden continues to lead the crowded Democratic field in most surveys, but Sen. Elizabeth Warren of Massachusetts appears to be gaining in several of them.

That said, Obama isn’t the only Democrat who does not believe Biden is the right choice to lead the party head-to-head against Trump.

Progressives say this word “electability” is being used as a fear tactic to intimidate voters into choosing a moderate, centrist nominee, specifically, former Vice President Joe Biden. But many of the activists who gathered over the weekend at the Netroots Nation conference insisted that’s a foolish strategy. Biden, who has consistently led in early polling, is potentially the worst option for the party, they say, warning that Democrats could repeat the mistakes of 2016.

Their main criticism of Biden is two-fold: He’s too moderate on economic policy and has a complicated record on criminal justice and race.

“We need to be able to build a coalition of voters that are excited, that are gonna turn out at historic levels, and we can’t rely on it just being based on Trump being on the ballot; that won’t be enough,” said Maria Urbina, national political director for Indivisible.

And while she didn’t single Biden out by name, but she said whoever the nominee is, he or she has to energize the Democratic base, specifically young voters and minorities.