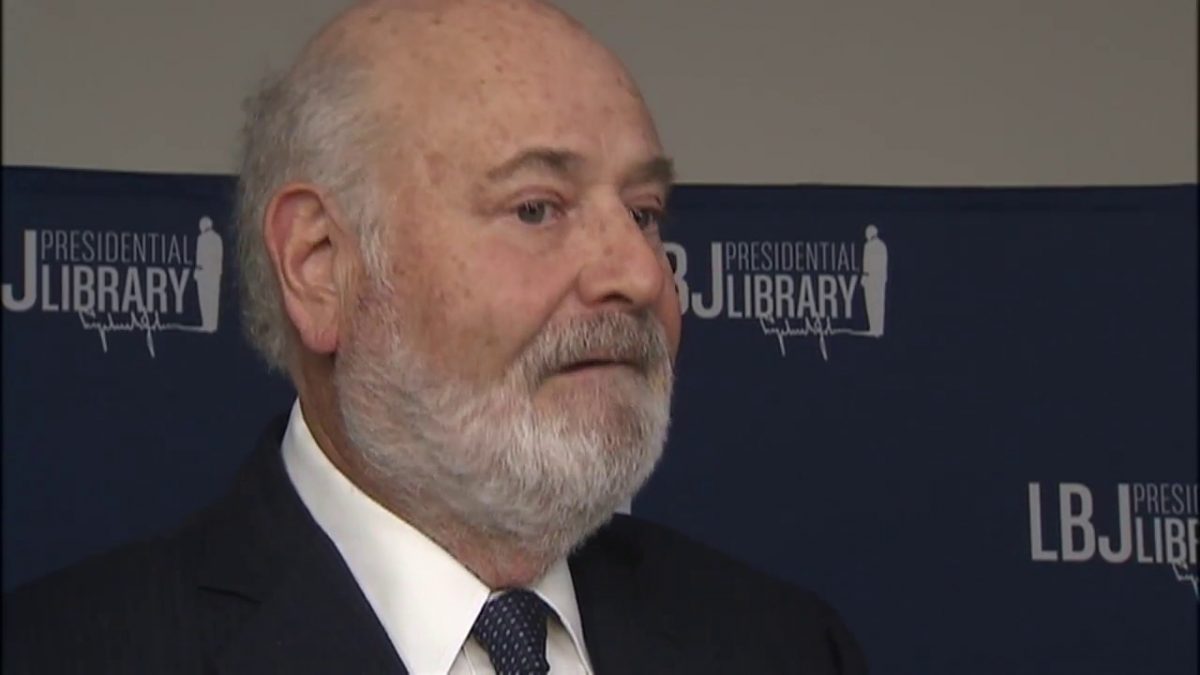 It seems that Hollywood leftist Rob Reiner has impeachment on the brain.  On Thursday, he suggested that Trump be impeached for criticism of far-left “Squad” members Ilhan Omar and Rashida Tlaib.

“To suggest that 2 duly elected Members of Congress be refused entry to Israel saying ‘they hate all Jewish people’ is just latest assault by this ignoramous (sic) on our Democracy. There are no straws. There are no camels’ backs. There is only Impeachment,” he said on Twitter.

To suggest that 2 duly elected Members of Congress be refused entry to Israel saying “they hate all Jewish people” is just latest assault by this ignoramous on our Democracy. There are no straws. There are no camels’ backs. There is only Impeachment.

We looked but couldn’t find anything in either the Constitution or U.S. law to even suggest that a president can be impeached for criticism of two radical left-wing members of Congress.

Reaction on Twitter was pretty much what you’d expect.

Impeachment is not going to happen. And the anti-Semite haters can't go to Israel.

But you are right about one thing, @robreiner. There are no straws.

At least not in California. https://t.co/ucA71Dnt57

"There is only impeachment!!!" Boom! Crash!

Imagine this being spoken by a thundering Wizard of Oz voice before realizing that @robreiner is only a little leftist man behind a digital curtain. https://t.co/uUE6wxoeDE

The true ignoramus is the one who, in his posts, continuously calls the USA a democracy. We don’t function on mob rule, as much as the liberals try to work it that way and gain power that way. Take a civics lesson.

Don’t hold your breath on that.

Besides, Reiner is — as always — way off the mark.  As Jeff Dunetz and Adina Kutnickihave explained on this site and other places, Trump had nothing to do with Israel banning the two radical terrorist-supporting Democrats.

In fact, Israel relented and offered to let Tlaib come to visit her grandmother, but she rebuffed that offer, obviously because there was more political fodder in not going than going.

AND…  According to the itinerary, both Omar and Tlaib “were also going to meet with an NGO, DCI-P, which has links to terrorist organizations…”

Per the itinerary, both lawmakers were also going to meet with an NGO, DCI-P, which has links to terrorist organizations. On what basis is it a good idea–either for Israel or the U.S.–to allow lawmakers to meet w a group that has ties to PFLP? https://t.co/PGgeKlwko2

But facts apparently mean nothing to Reiner.  No surprise there.

Twitchy put it this way:  “It sure has been a long two and a half years (plus some) for Reiner, and the triggering is only bound to get worse.”