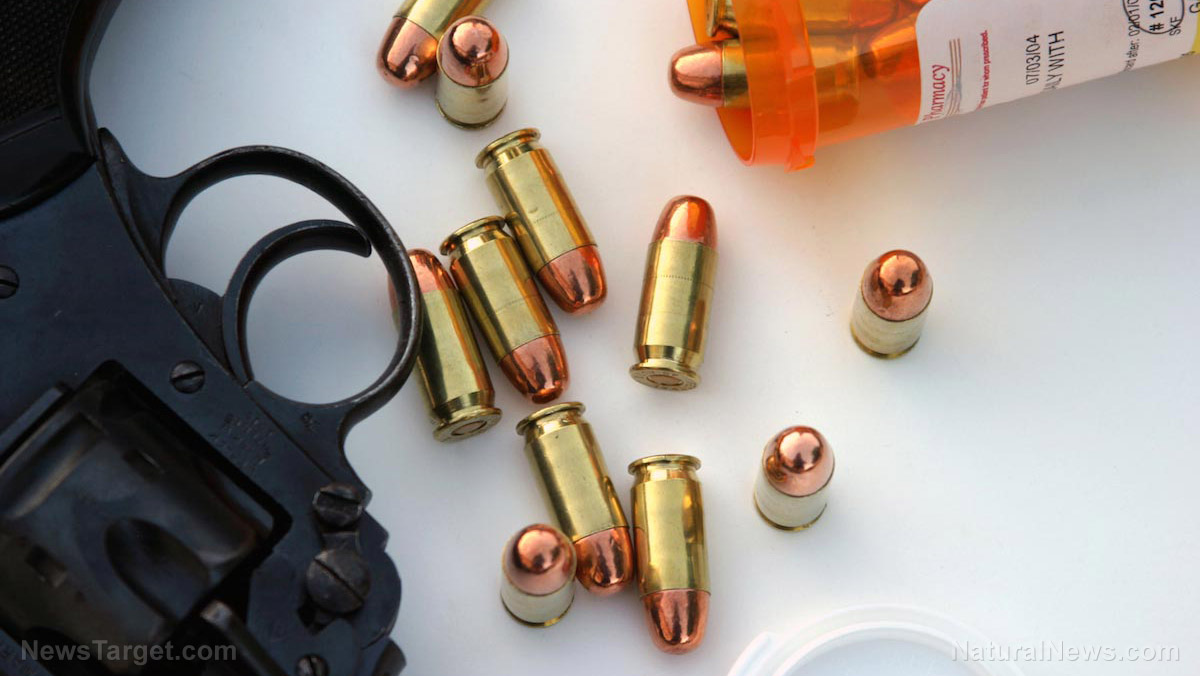 (Natural News) Just like we’ve long speculated, the latest news reports about “Dayton shooter” Connor Betts reveal that the now-deceased 24-year-old did, in fact, have SSRI (selective serotonin reuptake inhibitor) antidepressant pharmaceuticals in his system at the time when he’s said to have gone on a mass shooting spree, killing his sister, her boyfriend, and seven other people before allegedly killing himself.

According to an autopsy report, Betts had not only been taking mind-altering SSRIs in the lead-up to his murder melee, but he was also taking cocaine, Xanax, and alcohol, three other deadly drugs linked to extreme violence. In other words, Betts was severely mind-altered by a combination of Big Pharma and Big Alcohol when he decided to take the lives of innocent people for no apparent reason.

Mainstream news outlets are finally admitting the truth that, rather than being the gun’s fault, it was actually the legal and illegal narcotics that Betts had been taking that ultimately drove him to murder his fellow human beings in cold blood – these brain-damaging chemicals apparently manipulating the young man into doing something horrific that he otherwise may not have done.

For more related news, be sure to check out SSRI.news.

Interestingly enough, the Los Angeles Times recently put out a report covering many of the mass shootings that have taken place over the past several decades. What it reveals is that, just as Mike Adams, the Health Ranger, has long been saying, pharmaceutical use is often directly linked to these shootings, as mind-altering medications can convinced traumatized youth especially to harm themselves and others.

The vast majority of the mass shooters that the Times looked at had been traumatized at an early age, including having been exposed to violence. Many of them then went on to develop mental problems, including depression, anxiety, thought disorders, and suicide attempts, which in many cases also led to them experimenting with mind-altering drugs.

A list provided by the Times of the shooters it looked at clearly reveals that almost every single one was taking Prozac, Paxil, Zoloft, Luvox, Effexor, Xanax, Ambien, Lexapro, trazodone, and/or some other similar mood- and mind-altering drug right around the time when they flipped a switch and went on shooting sprees.

“The overwhelming evidence points to the signal largest common factor in all of these incidents is the fact that all of the perpetrators were either actively taking powerful psychotropic drugs or had been at some point in the immediate past before they committed their crimes,” wrote Dan Roberts in an article for Ammoland.com, which was reposted to Natural News.

“Multiple credible scientific studies going back more than a decade, as well as internal documents from certain pharmaceutical companies that suppressed the information show that SSRI drugs ( Selective Serotonin Re-Uptake Inhibitors ) have well known, but unreported side effects, including but not limited to suicide and other violent behavior.”

Adams has similarly drawn attention in numerous articles to the dangers associated with SSRIs, which continue to cause users to lose their minds and do crazy, and often violent, things as a result. You can read more about what SSRIs are doing to today’s youth at SSRIStories.com.

“Those focusing on further firearms bans or magazine restrictions are clearly focusing on the wrong issue and asking the wrong questions, either as a deliberate attempt to hide these links, or out of complete and utter ignorance,” Roberts contends.

“Don’t let them! Force our elected ‘representatives’ and the media to cast a harsh spotlight on this issue. Don’t stop hounding them until they do.”

Mass shootings aren’t always what they seem to be according to the official media reports. To learn more, check out FalseFlag.news.