It was a problematic week for CNN.

Perhaps the stress of working for a #fakenews peddler has some of CNN’s employees on the edge. In a rather bizarre culmination, this past week saw one reporter (I can’t call these people journalists with a straight face) lose his ever-loving mind because someone said a word to him. Another reporter sicced her henchmen on a news editor. And yet another reporter was accused of grabbing someone’s beans and frank. That’s innuendo for genitals.

I am not sure which of these are the weirdest, so I will just go chronologically. 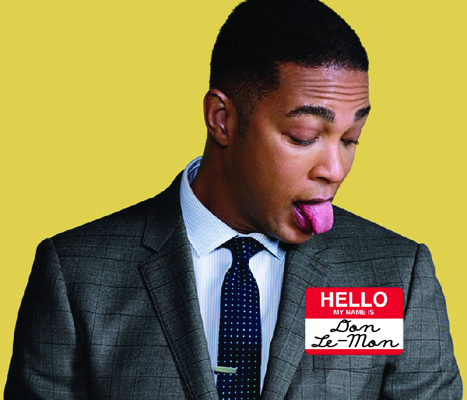 A civil suit was brought against Don Lemon this week by a Dustin Hice, of Florida. According to the suit, last summer July 15 2018, Lemon, the 53 year old, openly gay, host of CNN Tonight was at a party in the Hampton’s. It was there that Hice recognized Lemon and offered to buy him a drink. Lemon rejected the offer.

However, Hice claims Lemon approached him later on in the evening and made a graphic and physical sexual overture to Hice. Which included Lemon grabbing Hice’s crotch and then putting two fingers under Hice’s nose. I will spare you the graphic details of where his fingers were moments before. Lemon made a colorful comment to the effect of asking Hice what his sexual orientation was.

Hice’s boss, George Gounelas, was with him as they had gone from work directly to the party and witnessed the interaction. Gounelas confirmed what Hice attested to in his suit. He said Lemon appeared “pretty drunk” when he confronted the duo at the wee-hours watering hole.

Gounelas said he isn’t sure if Lemon was being confrontational or simply flirting.

“I guess it’s a little of both. If someone had done that to me, I probably would have punched him. But I think it might have been flirting. I think Dustin was more in shock… If someone was flirting with me like that I’d say, ‘alright man I’m not gay,’” Gounelas said. “I wouldn’t go up to a girl like that. It could be his way of flirting.”

Lemon, through a CNN spokesperson, has vehemently denied Hice’s allegations. CNN released a statement that read:

“The plaintiff in this lawsuit has previously displayed a pattern of contempt for CNN on his social media accounts,” a CNN spokesperson told Fox News in a statement.

“This claim follows his unsuccessful threats and demands for an exorbitant amount of money from Don Lemon.

“Don categorically denies these claims and this matter does not merit any further comment at this time.”

“I have never ever ranted about anyone, especially a news station … I am a private, religious man.”

April Ryan is having none of that.

Offering more than two fingers, and instead opting for both palms and all 10 fingers, was April Ryan’s bodyguard, Joel Morris, whom violently ejected a member of the press from Ryan’s speaking engagement. Charlie Kratovil, editor of New Brunswick Today, RSVP’d, was credentialed and confirmed as being an editor for NBT, wishing to attend as a member of the press.

Kratovil claims he was in attendance for 3 hours before things went sideways. As soon as

Ryan was about to take the podium, her henchman started threatening Kratovil. As she took the podium, her hired muscle Morris whispered something to her, where she instantly stopped talking for nearly 30 seconds. During this time, Morris approaches the camera and appears to take it. As the camera is obviously being moved, Ryan starts speaking again, to say “when I speak, I do not let the news cover my speech.” Kratovil also is on the audio demanding the bodyguard put down his camera while he is being escorted out of the room.

After some weak protestations and flailing from Kratovil, Morris puts hands on him and starts forcefully shoving and ejecting him from a public lobby of the hotel they are in. Hotel staff does nothing to stop the assault, nor the prior apprehension of Kratovil’s camera equipment.

Ironically, as this unfolded, Rep. Donald Payne Jr. was praising the April Ryan for her “freEdOm OF tHE PrEss” award she received.

Fredo Cuomo demands you do not refer to him as Fredo.

The trifecta for CNN was Fredo Cuomo’s (Formerly known as Chris Cuomo) absolute mental freakout on a person that called him Fredo. Fredo threatens the person with violence and unleashes a profanity-laden assault. 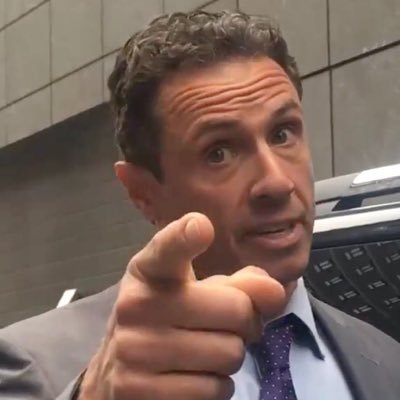 As I was putting this together, I got tired of all the imprecise excerpts, and all the ‘Cuomo said’, ‘Cuomo replies with’ quote BS, so I created the best transcript and captions that I could, myself.

There was a ton of background noise, the man whom Cuomo is attacking was not speaking very clearly, and when Cuomo is talking over him, there are some parts I did not include from the other person, since they were not that important. It does not help that Fredo is incessantly repeating himself repeatedly like a Guido.

Nevertheless, I listened to the whole tirade over two dozen times, on half speed, took the better part of an hour… so I could get you (almost) every word said as accurately as humanly possible.

Some of these other quotes from other articles, I do not know WHAT those people were listening to, they are very inaccurate. I think their brains added words.

Man: I thought that’s who you were…

Cuomo: No, Punk-ass bitches from the right call me Fredo. My name is Chris Cuomo. I’m an anchor on CNN. Fredo… is from The Godfather. He was (a,the) weak brother. And they use it as an Italian aspersion. Any of you italian?

Man: You’re a much more reasonably guy in person, than you seem to be on television.

Cuomo: Yeah but if you want to play then we’ll fucking play. If you’ve got something you wanna say about what I do on television then say it.

Cuomo: It’s a little different on TV. Don’t fucking insult me like that.

Cuomo: You called me fucking Fredo. It’s like I call you punk bitch, you like that? You want that to be your nickname?

Cuomo: You called me Fredo, you know my names not fucking Fredo.

Man: I, I thought your name was, man.

Cuomo: You did not think my name was fucking Fredo. Don’t be a liar. You want to be a man, stand up like a man.

Cuomo: You want to be man right here.

Cuomo: Then fucking own it. Then own what you said.

Cuomo: Then own what you said.

Man: What? What are you gonna do about it?

Man: Well why don’t you do it then?

Cuomo: Well, take a swing at me, you called me Fredo, take a fucking swing…

Man: I thought it was your name, man,

Man: I thought it was your name.

Man: I thought it was his name.

At this point, someone moves in to break things up, and the voices are too muffled.

It was difficult to get some of the smaller words, the man says “man” a lot, etc. If you hear something different, or can add to what I have, please do in the comments below, I would like this to be a good transcription of what went down.

So there we have it, a guy calls Fredo a single word and for the next several minutes Cuomo goes on a tirade that would make any self-respecting Goombah feel uncomfortable.

“Chris Cuomo defended himself when he was verbally attacked with the use of an ethnic slur in an orchestrated setup. We completely support him.”

Cuomo was interviewed in January 2010 by Curtis Sliwa on his 970 AM radio show and asked whether his brother Andrew would seek Democratic nomination for governor. On the show Sliwa said he calls the Cuomo family “la Cuomo Nostra.”

“There is a group of people — politicos — who always hint they might run, but not necessarily plunge all the way, and they are members of la Cuomo.”

“Who am I, then, Fredo?” Cuomo asked in response.

Don Jr even weighed in on the video:

“Does CNN’s head of PR still think “Fredo” is an ethnic slur after watching this? Because if it’s the N-word for Italians like @ChrisCuomo says, I don’t understand why Chris seems so at ease with someone saying it here. An excuse just as fake as his news. #FredoCuomo” https://t.co/8G8yuY80CK pic.twitter.com/1gwVyDVCob — Donald Trump Jr. (@DonaldJTrumpJr) August 13, 2019

Big thanks to THAT’S THE POINT with Brandon for getting this video out there.

For whatever reason, CNN’s reporters are wound up pretty tightly. They probably are concerned that ever since the Russian collusion hoax fell apart, and they cannot spend 24/7 repeating the same talking points repeatedly, to the sheep that hang on every word that this #fakenews organization peddles, that they might actually need to work and report on real news now. And that #getwokegobroke is on the horizon and “layoffs intensifies” is in their near future.

Ohh CNN. What are we going to do with you? You had a good run, but you have been stumbling too much on the track. It is probably time to put you out to pasture.