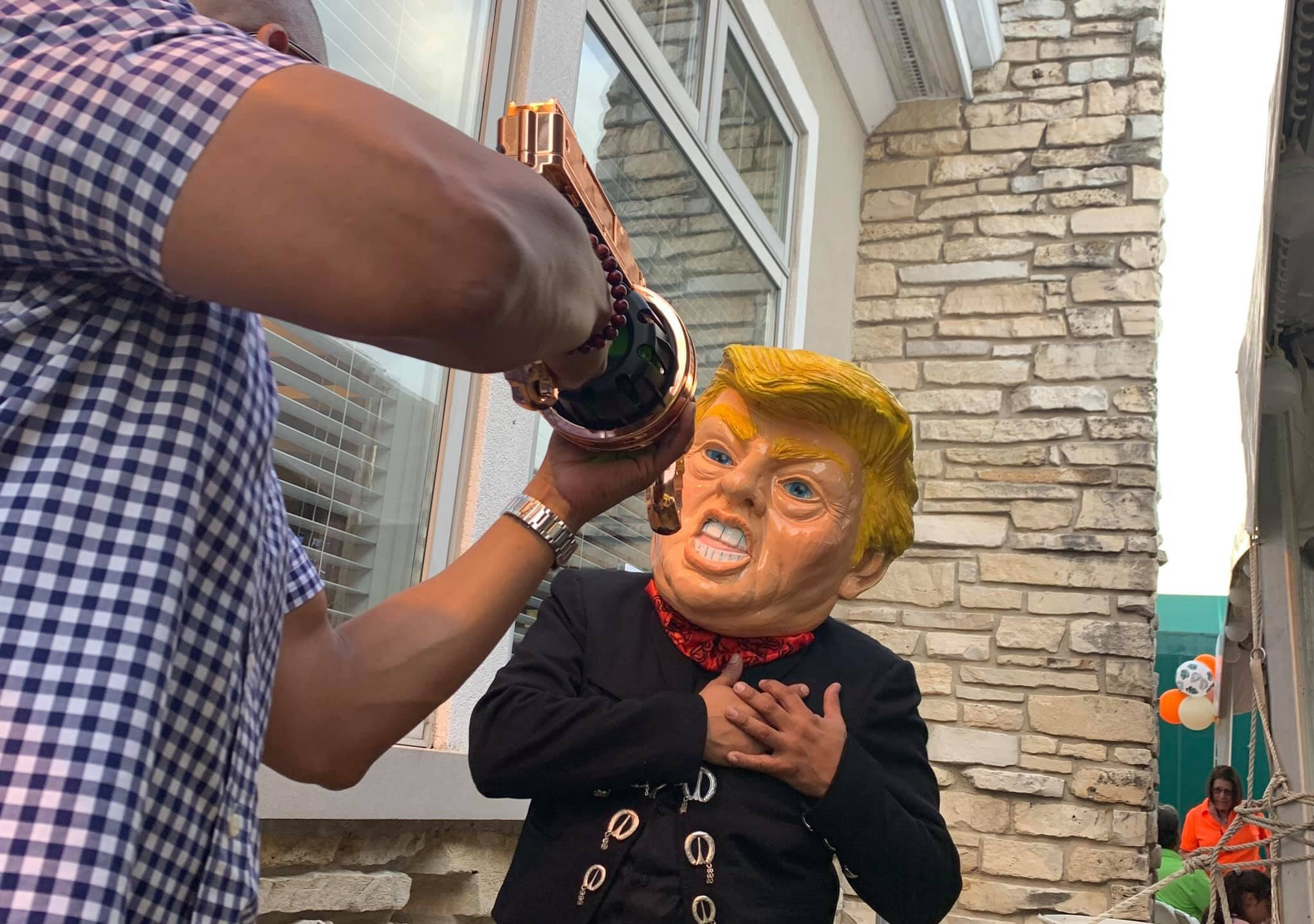 How is it that, in 2019, people can threaten to assassinate the President of The United States, or joke about it, and nothing happens?

Things like calling for a President’s assassination used to be considered serious crimes.

Now they are political statements that turn into news stories.

This is the left.

A political fundraiser for a Democrat state lawmaker in Illinois simulated an assassination attempt of a ‘mock’ Donald Trump.

“A political fundraiser for Senator Sandoval simulates an assassination attempt against a mock Donald Trump decked out in Mexican garb. Looks like a man pointed a fake assault weapon at the fake President to pose for a picture,” WCIA3 reporter, Mark Maxwell said in a Twitter post.

A political fundraiser for @SenatorSandoval simulates an assassination attempt against a mock @realDonaldTrump decked out in Mexican garb. Looks like a man pointed a fake assault weapon at the fake President to pose for a picture. pic.twitter.com/MlT9zjB1mn

Social media users tagged Secret Service to alert them to what they perceived as a threat to President Trump.

“The incident that took place is unacceptable. I don’t condone violence toward the President or anyone else. I apologize that something like this happened at my event,” Sandoval said.

Oh yes, I’m sure Sandoval had no idea this would be happening at HIS fundraiser.

So let’s just accept his apology and let him keep the funds.

Americans are not that stupid Sandoval!

This crap has been going on for years and must stop.

The office of the President is to be respected.

What if this would have been done during Obama’s Presidency?

I could have listed 15-20 articles on the subject of calls for Trump’s assassination.

Who could forget Kathy Griffin, for instance?

Donors paid a minimum of $250 to attend Sandoval’s golf outing at the Klein Creek Golf Club in west suburban Winfield. A woman who attended the event posted the photos to her Facebook page on Saturday and tagged Sandoval in them. Sandoval is pictured separately posing with the man who held the fake weapon, but it remains unclear if the Senator knew about the incident when it occurred.

Illinois Republican Party Chairman Tim Schneider called on Sandoval to fire the person in the photo if they were a staffer or volunteer.

“The apology from Sen. Sandoval for the detestable pictures from his event depicting an assassination of President Trump is too little, too late,” Schneider said via a spokesman. “Dangerous imagery like this will be condemned and seen as inappropriate by people of sound mind; however, a mentally unstable individual who wants to harm President Trump might find them as an inspiration. It’s inexcusable for an elected official to allow the promotion of violence in any way. If the individual pictured is a staffer or volunteer, they should be terminated immediately.”

So Sandoval thinks he can just apologize and keep the money?

Maybe we need to start talking about killing Sandoval.

Conservatives, or anyone else of sound mind & morals, would not do that.

The left is violent and evil and will stop at nothing to stop Trump.