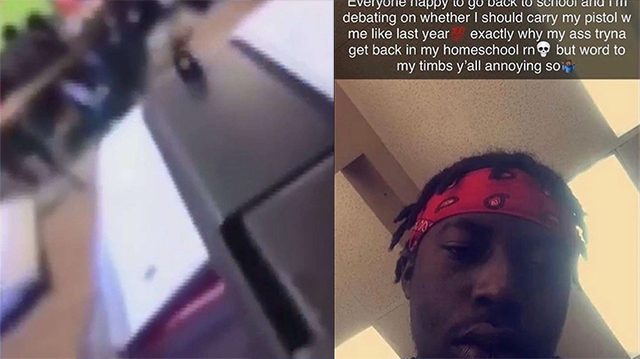 I wonder why the national media ignored this story?

From WSVN, “16-year-old in Hollywood arrested after posting threat on social media”:

A 16-year-old former McArthur High School student has been arrested after posting a disturbing video and picture with a threatening caption on social media.

Hollywood Police arrested Wilmer Guerrero Martinez on Wednesday after a video showing a person pulling out a gun in a classroom and pointing it at students was uploaded to his social media account.

The post was also followed by a picture with text reading in part “Everyone happy to go back to school and I’m debating on whether I should carry my pistol with me like last year.”

A search of Google News shows only three local media outlets picked this story up.

I wonder, why did the media drop the mass shooting of six cops in Philadelphia just four days ago?

Ohio mass shooter Connor Betts is a self-described "leftist" and "atheist" who praised Antifa, Bernie Sanders and Elizabeth Warren and wrote "Kill every fascist" on his Twitter media page. https://t.co/rjlYkDJdk4

I just can’t put my finger on it!