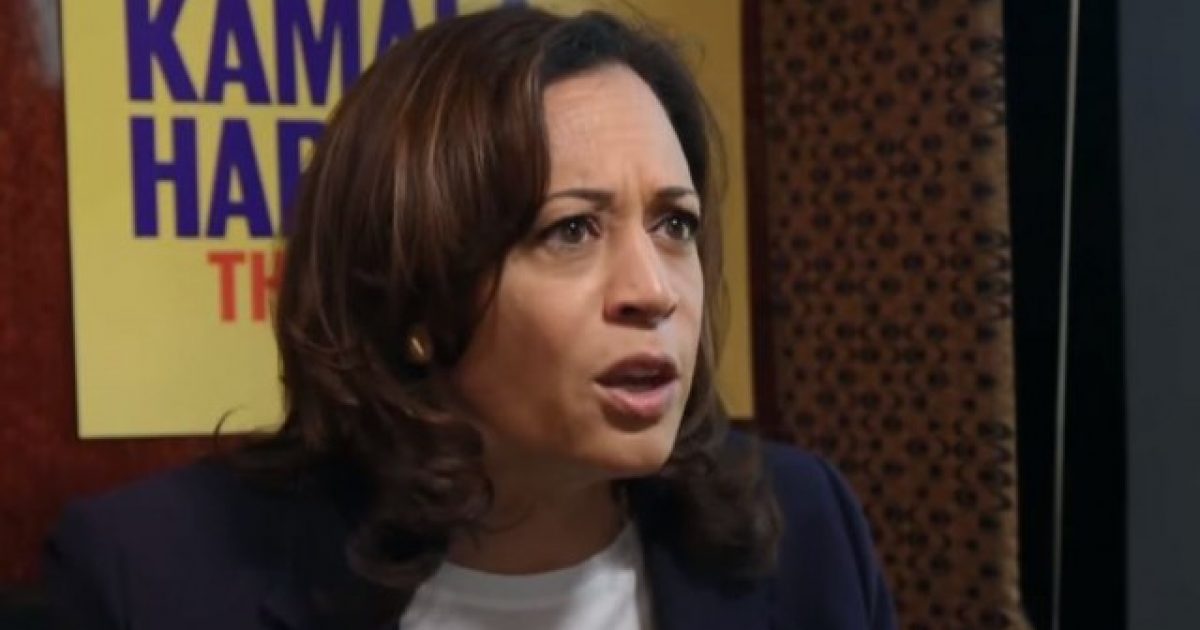 California Sen. Kamala Harris, one of the top Democrat presidential contenders for 2020, has a major scandal on her hands.

The senator was an outspoken critic of former Labor Secretary Alex Acosta for the plea deal he made with convicted pedophile Jeffrey Epstein.

But now it appears that Harris, when she was a prosecutor, made a similar deal when 20 women accused a politician of sexual misconduct, Fox News reported.

Democratic presidential candidate Kamala Harris is facing questions over a plea deal her office negotiated during her stint as California’s attorney general that allowed a disgraced former San Diego mayor to avoid registering as a sex offender and dodge prison time.

Harris’ office was reportedly in charge of negotiating a plea deal stemming from allegations of sexual harassment and misconduct against former San Diego Mayor Bob Filner brought by about 20 women in 2013.

According to the Washington Examiner, Harris’s office drew backlash for letting Filner plead guilty to state charges of false imprisonment and battery against three women in exchange for a light sentence.

“The cultural change since #MeToo is having an impact of how prosecutors listen to victims now. I think it all comes down to whether we believe women and how seriously we take these allegations.

“Powerful people can afford high-profile legal counsel that others don’t have access to. People [such as Filner] know how to leverage the system in their favor,” she said.

But a spokesman for her presidential campaign said that her plea deal, unlike what she accused Acosta of, empowered women.

“She prosecuted a politician from her own party for sexual harassment, and he pled guilty to a felony,” the spokesperson said.

“She was broadly praised for taking action, including by the Republican San Diego County district attorney who said it sent ‘a strong message that nobody is above the law, abuse of women won’t be tolerated and victims will be treated with respect.’”

It was last week when Sen. Harris appeared on the ABC Daytime talk show “The View” and complained about how the Epstein case was prosecuted.

“I personally prosecuted child sexual assault cases. And they are some of the most difficult cases to prosecute,” she said.

“The thing I found so troubling, disheartening and really unbelievable was the way that Acosta has described the challenge … It’s like saying it’s really difficult to make an omelet … Well, then get out of the kitchen!”

That is good advice that the former prosecutor should take. She wanted Acosta to resign and he did, will she get cancel her presidential campaign?