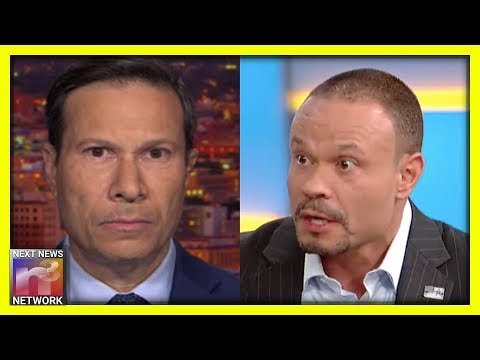 I tend to agree.

“How this guy is still on the air is bizarre.”

But much could be said for the entire MSNBC lineup.

Dan Bongino responded to a video of MSNBC analyst Frank Figliuzzi comparing Trump supporters to a terrorist organization with the best come back!

He said he can’t believe this “analyst” still has a job at MSNBC. This is the second time in a week that this analyst for MSNBC has trashed President Trump (see below) and his supporters on air.

Watch Bongino below rip MSNBC analyst Frank Figliuzzi for his second outrageous moment on air in a week:

OUR PREVIOUS REPORT ON FIGLIUZZI:

The example below is one of a sick individual who happened to be employed at the FBI and is now a talking head on MSNBC as a security analyst. This is now a ‘narrative war’ between anti-Trump forces in the media and the truth.

The man below worked under Robert Mueller and is now spewing hate against the president every time he’s on-air.

So Figliuzzi thinks Trump supporters are a terrorist organization.

Well, whether he actually thinks it or not, that’s what he is saying.

It’s more like controlled-propaganda because even if he doesn’t believe it, he knows his influence will insure that some people will.

Let’s look at some real terrorists, that Figliuzzi and his colleagues have been very supportive of:

Trump supporters aren’t carrying weapons to rallies and seeking to intimidate those that disagree with them.

The left has gone totally insane.

Do they even believe the words that come from their own mouths?

There are some dangerous people looking to unseat Donald Trump in 2020 and Americans had better get LOUD right now.

It’s like the left has gone totally insane and think that’s what the American people want them to do.

If Trump loses to any of these crazies, I’d say it’s about time we consider using our GOD-GIVEN, 2nd Amendment rights.

If Trump loses (meaning the left steals it from him) there may be no other choice.