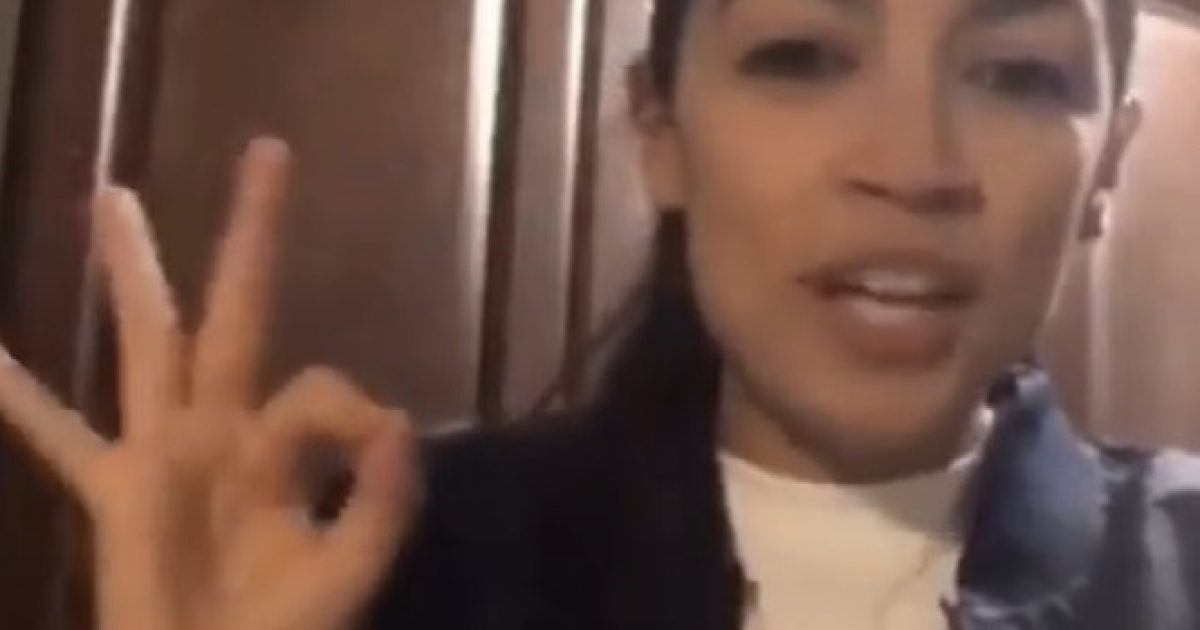 Socialist AOC has a plan to get rid of the American Republic. Of course AOC is only a cog in the wheel. She’s one of the “useful idiots” who think they’re superior to the rest of us. Like getting rid of the Electoral College, for example.

Seriously, do you really think the “big city Democrats” are better than people in rural areas? They are most certainly not. Do we want them dictating who is President? Not a chance.

.@AOC: We're coming to you live from the Electoral College – many votes here, as you can see. 😂😂😂 pic.twitter.com/7FVW2H7fZ5

Electoral College is in the Constitution to ensure small, rural states had same power as the big urban ones. Used to teach that in civics class. It's what made Americans equal. Of course, AOC sees rural U.S. as "unwashed masses" & wants to take our power. No thanks.

Socialist AOC sarcastically posted on Instagram that the Electoral College has a “racial injustice” problem.

“Many votes here, as you can see. Very efficient way to choose leadership of the country. I mean, I can’t think of any other way. Can you?… The Electoral College has a racial injustice breakdown. Due to severe racial disparities in certain states, the electoral college effectively weighs white voters over voters of color, as opposed to a “one person, one vote” system where all our votes are counted equally.”

Socialist AOC called the Electoral College, the “shadow of slavery’s power.” Except the votes of everyone are NOT counted “equally” in a popular vote situation. Which is why the electoral college was created – to equalize the votes of rural and city populations.

The only reason the 2020 Democrats and their ilk are whining about the electoral college is because Trump was elected without the popular vote. He was not the first President to be elected that way, but he is the one Democrats hate the most. Warren, Sanders, and other 2020 Democrats have all expressed the desire to do away with the EC.

When President Trump tweeted that Google manipulated the popular vote toward Hillary in 2016, every single left leaning media “fact-checked” it.

Wow, Report Just Out! Google manipulated from 2.6 million to 16 million votes for Hillary Clinton in 2016 Election! This was put out by a Clinton supporter, not a Trump Supporter! Google should be sued. My victory was even bigger than thought! @JudicialWatch

Keep in mind, that several states have passed laws or are considering laws that give all the electoral votes of their state to the winner of the POPULAR vote in violation of the US Constitution.

Trump Derangement Syndrome maybe, but it is a concerted effort to disenfranchise rural America. And THAT is the bottom line, folks. They do not want a repeat of 2016. And they think all rural Americans are racist white bumpkins.