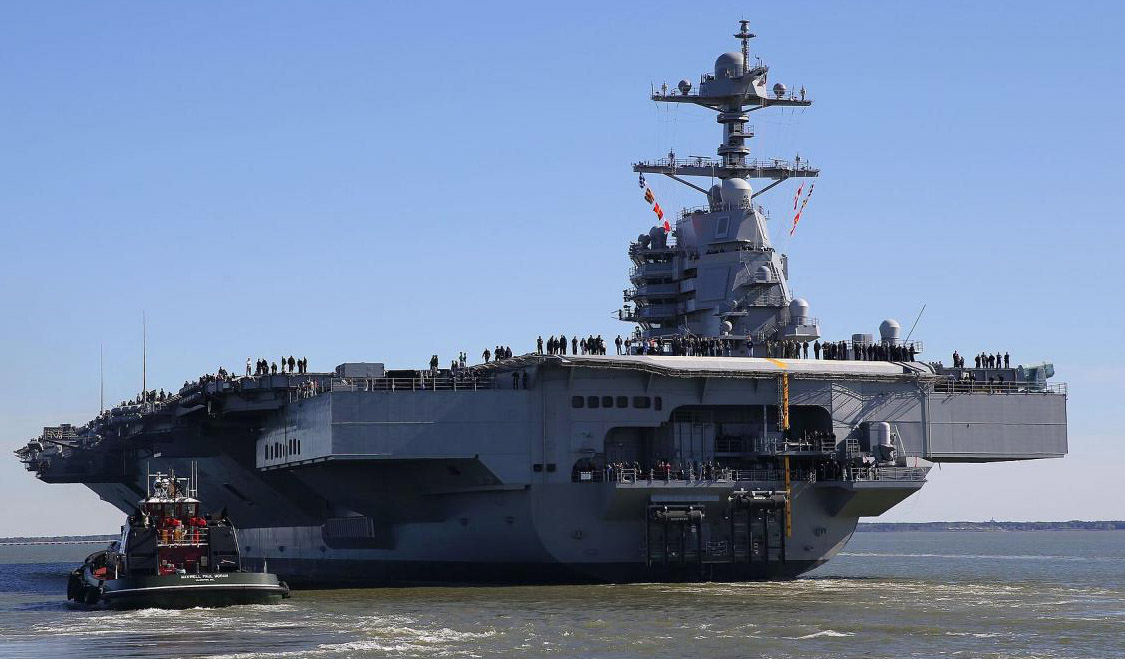 Neither the Nimitz or new Ford-class carriers can support the new F-35C Lightning II Joint Strike Fighters on long-term deployments without expensive modifications to the ships. I guess the design crew over at Lockheed Martin never met with the folks designing the Ford-class carriers.

One would think that at least the new 14-billion-dollar Ford-class carriers would have been designed with the new aircraft in mind, but they have the same problem as the older carriers. The Navy is kind of cagey about the modifications needed, but they have something to do with classified spaces and modified jet-blast deflectors.

The Navy brass has assured Congress that it’s not a big deal, and no “major” redesign will be necessary. Of course, they also assure these same guys they could build these carriers for the 11.5 billion dollars budgeted!

The House Armed Services seapower and projection forces subcommittee has refused to allow the Navy to accept delivery of the second Ford-class carrier (USS John F. Kennedy-CVN-79) until the modifications have been made. It will be interesting to see what the real costs associated with this boondoggle will be. The Navy has already accepted delivery of the USS Gerald R. Ford (CVN-78).

The modifications to the current fleet will take place over the next several years. I’m guessing by then, there will be a new fighter on the drawing board and they will be starting all over again.  Meanwhile, the USS Carl Vinson will host the first F-35 Joint Task Force squadron in two years… or soon after it finishes it’s 34-million-dollar overhaul at the Puget Sound Naval Shipyard.