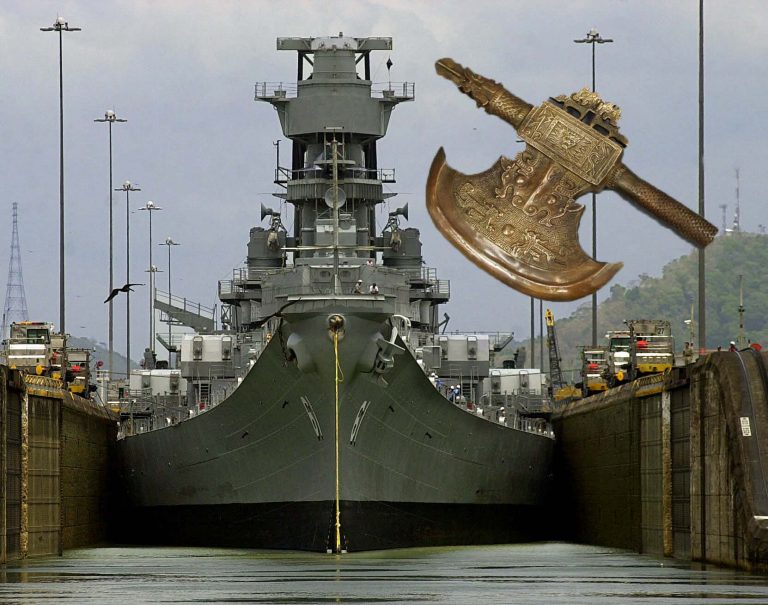 In order to avoid having two separate navies, one on the East Coast and one on the West, the United States invested in completing the Panama Canal. It was operational in 1916, allowing our East and West coast fleets to support each other. 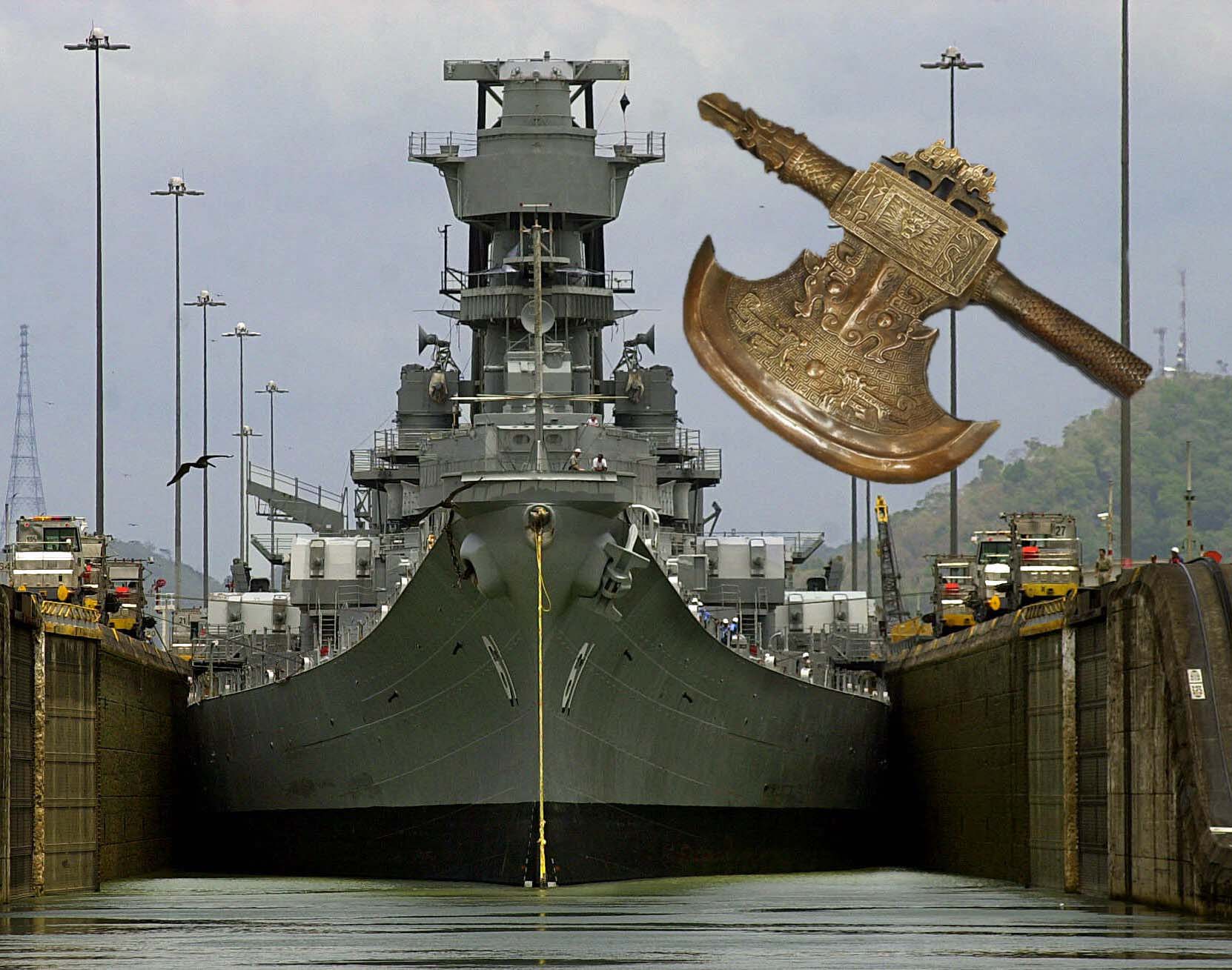 Today modern warships, large cargo containers, and cruise ships can traverse the forty-eight-mile long shortcut. The Canal is a crucial link in our foreign trade and military strategy. Should we lose it, even for a short while, it would be catastrophic.

In 1977, U.S. President Jimmy Carter signed a treaty which agreed to return 60% of the Canal Zone to Panama by 1999. The canal and remaining territory, known as the Canal Area, was returned to Panama at noon on December 31, 1999.

So, what’s the big problem?

Prior to signing over the canal, President Carter was cautioned of the folly of this action. His top military brass warned him the Canal was our Achille’s heel, and it would cost tens of thousands of American military lives if it had to be retaken from an enemy.

Blocking or sabotaging the canal entrances or locks would require the Atlantic Fleet to sail around the southern tip of South America in order to provide reinforcements for the Pacific Command on the West Coast. This detour would be over 8,000 miles and could take up to fourteen days, rather than a three-four day crossing via the Caribbean and through the canal.

For years, President Clinton knew China was maneuvering to work out a deal with Panama to control the canal, and he did nothing. As strategically important as the canal was to the United States, the government could have encouraged a US company to compete with China, and pressured Panama to accept their offer. The lease arrangement China negotiated with Panama has brought the communist nation tens of billions of dollars in revenue. But, then again, Clinton was too busy selling out our defense secrets to China via Loral to focus on matters close to home.

Immediately following Panama taking control of the canal, the Chicoms moved in via the Panama Ports Company, a division of the Hutchinson-Whampoa Corporation. The Chinese leased the ports (Balboa and Cristobal), one on each end of the canal, and have controlled traffic through the canal for the last twenty years.

A child could see the vulnerability of having China control this crucial artery between our two fleets, but in 1999 President George Bush’s Secretary of State, Colin Powell dismissed the dangers presented by the Chicoms. Since that time Powell has revealed himself to be a staunch Chicom advocate, even going as far as to encourage President Trump to take a softer approach with China. Pressure on Panama by the Bush administration could have scuttled the Hutchinson-Whampoa deal at the last minute, but Bush was asleep at the wheel…or agreed with Powell.

After the Panama Canal was first opened around 1916, ship designs were changed to allow them to fit through the locks. This design became known as Panamax. In 2006 a large expansion project began to widen the canal, allowing for a much larger new class of ship called neo-Panamax. The issue with this new class of ships was that most US ports couldn’t accommodate them. President Obama was encouraged to spend money on expanding our East Coast port capacities, thus allowing those port cities to benefit from the massive increase in inbound cargo. Preferring to waste money on his pet projects, Obama declined, and many of our ports were still unable to take advantage of this potential windfall when the canal expansion was completed the last year of his presidency.

There is absolutely no escaping the headlock China has us in. Should Beijing decide to make a move on Taiwan or other strategic targets in Asia, they could block the canal with a few container ships, effectively cutting our Navy in half. This blocking move would do no damage to the canal for future operations, but it would lead to a dangerous stand-off. How many presidents have we had that could deal firmly with such a crisis?

If the Chicoms use a blocking strategy, they will expect, and be prepared for, a military assault. They could delay our Atlantic Fleet’s access to the canal longer by using explosives or a missile to take out the locks.

China won’t ever willingly give up the canal

The Panama Canal is more to the Chicoms than a potentially strategic blocking point; it is their golden gateway into the Americas. China now has diplomatic relations with Panama and Costa Rica and has promised infrastructure assistance to Honduras and Nicaragua. There is another sneaky element to China’s interest in the region. China intends to bring Taiwan back into the fold, and ten of Taiwan’s twenty diplomatic allies are in that area. If China can buy them off, it will weaken Taiwan’s security.

Both Secretary of State Mike Pompeo, and Vice President Pence have visited with President Cohen of Panama, encouraging the Panamanian people and their leaders to be cautious in their dealings with China. Until President Trump took office, everyone in previous administrations had turned a blind to the Chicom expansion in our own backyard, leaving China to expand their interests in our hemisphere.

One thing we know for certain, the Panama Canal could very well be the flashpoint for WWIII.