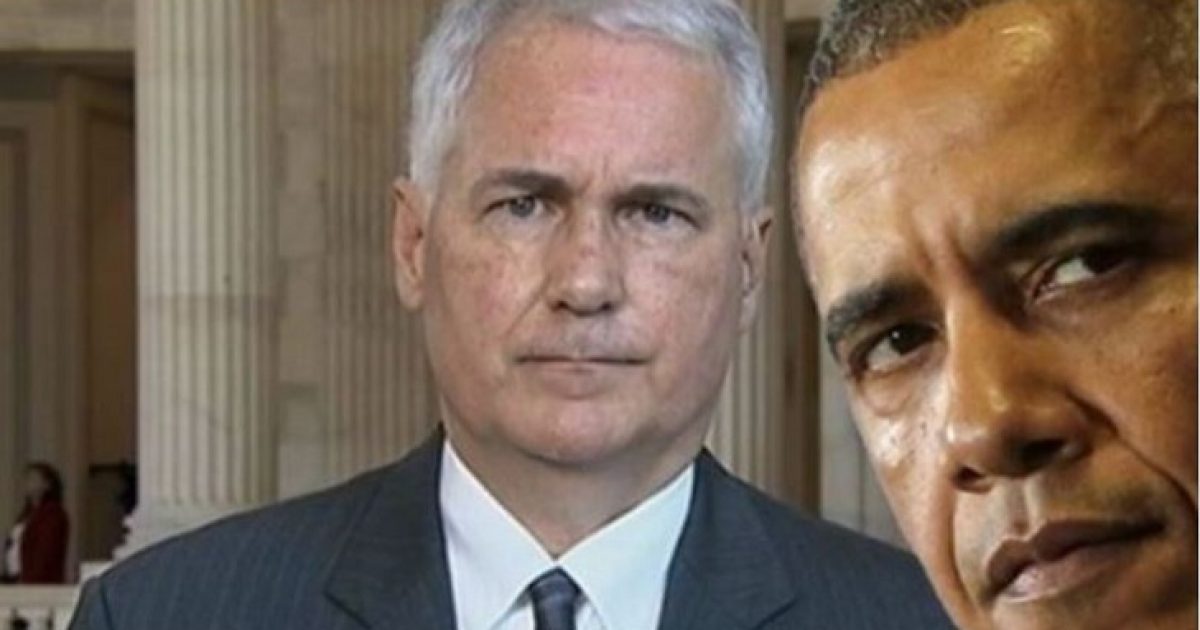 ICYMI – Elder Patriot’s Opinion & Speculation -5/7/19 – Rep. Tom McClintock (R-CA), appeared with Fox News’ Neil Cavuto yesterday to discuss whether Robert Mueller should be called to testify in front of Congress about the details of the 22-month long investigation he was in charge of.

Specifically, McClintock has questions about the origins of the original FBI investigation.

CAVUTO: Do you think what a lot of people are waiting to hear, what got this investigation going? And then maybe Democrats…

CAVUTO: … your colleagues, are very concerned about what they will reveal, hence this sort of brushfire, preoccupation with everything Barr said, with what everything Mueller pointed out in the report, to deflect? What do you think of that?

MCCLINTOCK: Well, that’s the other shoe that’s about to drop.

We now know that this was a lie. That’s all laid out very clearly. Despite 22 months of investigations, millions of dollars spent, they were not able to find any evidence of collusion.

So we now know that was just a great hoax.

CAVUTO: Well, maybe not collusion, but a number of people are going to jail, or worse, right? I mean, not on the collusion issue, you’re right.

MCCLINTOCK: But, again, the whole hoax.

CAVUTO: But do you think that, by extending this and getting into it, that there is a risk for both parties that they overdo it?

MCCLINTOCK: Well, I think it’s important that we find out how this hoax developed and how it was used by senior officials in the FBI, in the intelligence agencies, in the Department of Justice and perhaps at the White House itself to influence our elections process, and, having failed to do that, having it — using it to undermine the president of the United States.

There’s a growing cadre of investigators who believe that the origins of the spy operation, against first candidate and then President Trump, was actually an “insurance policy” to conceal the Obama administration’s surveillance activities against a number of American citizens that date back into the early years of Obama’s presidency.

Cue Sundance at the Conservative Treehouse.

♦ President Trump can prove the July 31st, 2016, Crossfire Hurricane counterintelligence operation originated from a scheme within the intelligence apparatus by exposing the preceding CIA operation that created the originating “Electronic Communication” memo. Declassify that two-page “EC” document that Brennan gave to Comey.  [The trail is found within the Weissmann report and the use of Alexander Downer – SEE HERE]

♦ Release and declassify all of the Comey memos that document the investigative steps taken by the FBI as an outcome of the operation coordinated by CIA Director John Brennan in early 2016.  [The trail was memorialized by James Comey – SEE HERE]

♦ Subpoena former DOJ-NSD (National Security Division) head John Carlin, or haul him in front of a grand jury, and get his testimony about why he hid the abuse from the FISA court in October 2016; why the DOJ-NSD rushed the Carter Page application to beat NSA Director Admiral Mike Rogers to the FISA court; and why Carlin quit immediately thereafter.

♦ Prove the Carter Page FISA application (October 2016)was fraudulent and based on deceptions to the FISA Court. Declassify the entire document, and release the transcripts of those who signed the application(s); and/or depose those who have not yet testified. The creation of the Steele Dossier was the cover-up operation. [SEE HERE]

♦ Release all of the Lisa Page and Peter Strzok text messages without redactions. Let sunlight pour in on the actual conversation(s) that were taking place when Crossfire Hurricane (July ’16) and the FISA Application (Oct ’16) were taking place.  The current redactions were made by the people who weaponized the intelligence system for political surveillance and spy operation. This is why Page and Strzok texts are redacted!

♦ Release all of Bruce Ohr 302’s, FBI notes from interviews and debriefing sessions, and other relevant documents associated with the interviews of Bruce Ohr and his internal communications. Including exculpatory evidence that Bruce Ohr may have shared with FBI Agent Joseph Pientka. [And get a deposition from this Pientka fella] Bruce Ohr is the courier, carrying information from those outside to those on the inside.