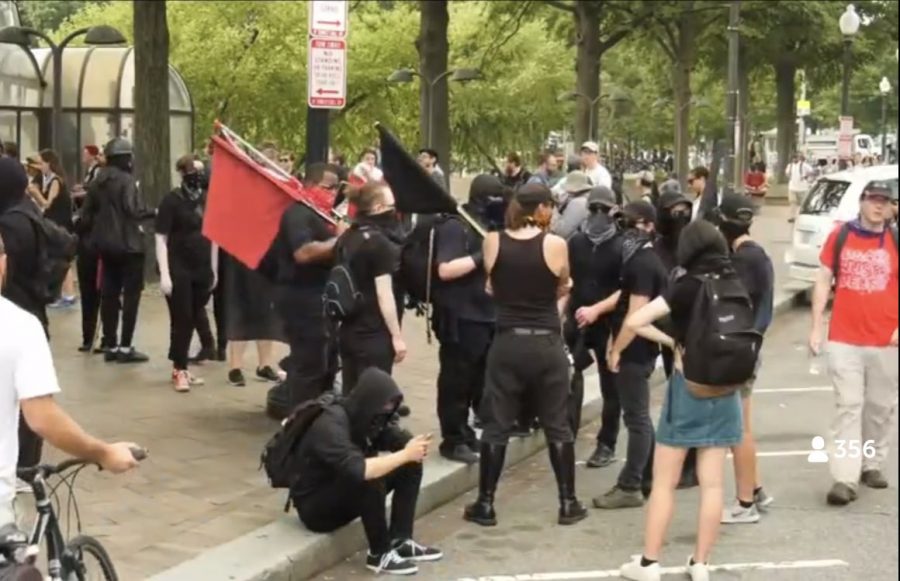 A professor in Iowa stood by his comments supporting far-left extremist group Antifa, which President Donald Trump has said is “evil” and should be designated as a domestic terrorist group.

Jeff Klinzman, an adjunct English professor at Kirkwood Community College in Cedar Rapids, once said he wanted to beat Trump with a baseball bat.

The “Iowa Antifa” page posted a Trump tweet talking about Antifa, saying that the group consists of “Radical Left Wack Jobs who go around hitting… people over the heads with baseball bats.”

Klinzman responded, writing, “Yeah, I know who I’d clock with a bat.”

Responding to a query from KCRG, which found the posting, Klinzman stated: “I affirm that I am ‘antifa.’”

He said he didn’t want to be interviewed but he does not apologize for his statement about Trump.

The Secret Service told the broadcaster that it is aware of the threat.

Jason Blazakis, a former Director for U.S. State Department specializing in counter-terrorism, told KCRG: “I wouldn’t myself as a professor want to be associated with acts of violence that are attributable to a movement of individuals like Antifa.”

Posts available publicly include one where Klinzman, who indicated that he has socialist leanings, wrote that “many leaders” of the GOP “hate women.”

Sharing an article from the New York Times before the 2012 election, Klinzman said: “the GOP must have an electoral death wish.”

In another post, he said “Mississippi is at the bottom of the barrel.” In another, he celebrated the death of journalist Andrew Breitbart, writing that he “left a legacy of hatred and division.” And in yet another, he said the country should “stop evangelical Christians.”

“Kill them all, and bury them deep in the ground, Before millions more are tortured to death,” he added. “It’s not pretty, and I’m not proud, but seeing what evangelical Christians are doing to this country and its people fills me with rage, and a desire to exact revenge.”

Klinzman told KCRG that the comments about Christians may have been over the line but said he apologized only to Christians who share his “commitment” to certain issues.

Klinzman’s admitting he supports Antifa comes days after the group was captured on video assaulting a number of people in Portland.

The group is rooted in communism and openly espouses violence against opponents, who vary widely and include journalists, police officers, conservatives, and supporters of Trump. It has received support from some top Democrats and members of the media.

Kirkwood Community College leadership released a statement a short while ago saying that they have “been assessing this matter in recent days, especially its potential impact on our learning environment.”

“With the safety of our students, faculty and staff as our top concern, we made the decision this morning to identify an instructor who will take over the one course that Mr. Klinzman was to have taught this semester. We have spoken with Mr. Klinzman this afternoon about this matter and have accepted his resignation.”

It is Kirkwood leadership’s assessment that the attention this matter has garnered has the potential to create an environment that is disruptive to our mission. Our decision to remove Mr. Klinzman from the classroom has nothing to do with the substance of his views or his right to express them. Rather, our decision is based solely on our commitment to fostering a safe learning environment for our students, faculty and staff.

I also want to be clear that Kirkwood Community College fully supports Mr. Klinzman’s right to articulate his views in whatever forum he chooses. This action does not in any way prevent him from continuing to engage in the expression of free speech. However, when the expression of views by him or any member of our community is perceived as placing public safety in jeopardy, or hampers our ability to deliver on our mission, we will always do what is necessary in service to our students’ pursuit of a higher education.