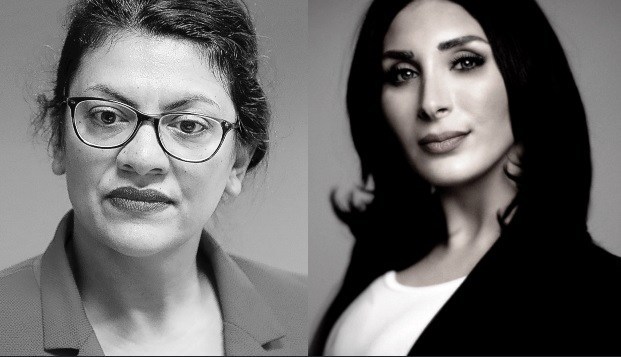 Investigative journalist Laura Loomer is on a roll.  Loomer won her appeal against Big Tech giants Apple, Facebook, Google, and Twitter, and will see them at trial, and now, she’s just slapped Rep. Rashida Tlaib (D-MI) with assault and battery and religious discrimination lawsuit for $2 million.

The lawsuit comes as a result of the assault by Tlaib on Loomer during a campaign event in 2018.

Take a look, and if this goes through, you know Maxine Waters is next.

The complaint was filed on Friday on behalf of Loomer by her attorney Larry Klayman of Freedom Watch.

According to Freedom Watch’s press release that announced the lawsuit, “Ms. Loomer, who herself is now running for US Congress in Florida’s 21st Congressional District did not bring this complaint for political purposes, but to hold Tlaib accountable for her unhinged hatred of Jews and Israel, which manifested itself in Tlaib’s physical attack on Loomer, which was caught on camera.”

During the interaction at the campaign event, Loomer was straightforward about asking Tlaib about her views against Israel, Jews and supporting Islamic terrorist groups such as Hamas.

“In response, and in the presence of Omar, who looked on approvingly, Tlaib violently lunged at Loomer, interacted with her physically and grabbed her phone, which Loomer was using to film the event which took place at a Palestinian restaurant,” Freedom Watch alleges, and the video demonstrates this to be true.  “This put Loomer in alleged fear of immediate severe bodily injury.”

In a similar manner to how I have reported regarding the Florida Department of Law Enforcement and the Lee County Sheriff’s Office in the case of Deanna Williams, the Minneapolis Police Department has failed to follow up on a complaint filed by Loomer after the assault.

“Likely because the police do not want to be smeared as ‘Islamophobic’ by Tlaib and Omar, especially given that Minnesota’s powerful Attorney General, Keith Ellison, who is a Muslim political ally of Tlaib and Omar, is also an anti-Semite and close to Louis Farrakhan, leader of the Nation of Islam,” Freedom Watch writes.

The press release concludes by stating that Loomer is engaging Tlaib to make sure that “this hate-filled anti-Semitic Congresswoman can be held to account to the rule of American law, rather than the Sharia law she and her sister radical Muslim Congresswoman Omar pledge their primary allegiance to.”

Laura Loomer has taken on Facebook with a $3 billion lawsuit after it banned her from its platform, calling her “dangerous.”

She is not the first journalist or conservative voice to be banned from Facebook.

However, she is considered to be the most banned woman on the planet.

Loomer has been banned from: