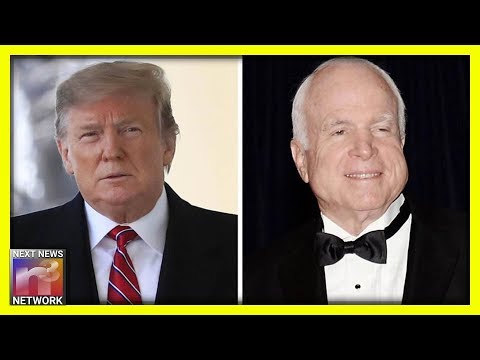 John McCain was a Veteran and no one should take away a legacy of service.

John McCain was also a Senator who was not always popular with American conservatives.

President Trump understands that and has pointed it out at times.

McCain’s beloved wife Cindy needs to step back and cherish the memories of her late husband and forget about playing politics.

Here is more from Gary:

John McCain would be the “voice of reason” in regard to the border situation?

Did Cindy McCain seriously say that?

I tend to disagree.

Using McCain’s death as a political tool has been done before.

I disagreed with McCain’s votes and policies often, but can we let your late husband rest in peace please?

Almost a year after her husband passed away, Cindy McCain said the current Republican party is “not the party of Abraham Lincoln … nor the party of Ronald Reagan.”

Mrs. McCain also trashed the Trump Administration’s immigration policies and said that her late husband John McCain would be a “voice of reason” in the political climate today.

McCain sat down for an interview with ABC’s Jonathan Karl where she spoke about her late husbands so-called legacy and ability to work across the aisle.

And by working across the aisle she’s talking about John McCain flying all the way to DC only to give a theatrical thumbs down from the Senate floor when he voted against repealing Obamacare.

“That was a tough torch to carry and, as John said, there were many lonely days because he always said what was on his mind,” Cindy McCain said.

Cindy McCain didn’t call out Trump by name, but she trashed his immigration policies.

We get it Mrs. McCain.

You are using your husband’s death as a way to promote YOUR political opinions.

You knew your husband better than anyone else, but please don’t use that to attack a President that Americans love.

Even the Japanese love him.

So let’s leave it there and not get into the alternate story of “Songbird McCain.”

If you attack this President again, I have volumes of information backed by eyewitness testimony about the legend of The Songbird.

Show some class and let your husband HONORABLY rest in peace.

We will continue to pray for you and your loss.