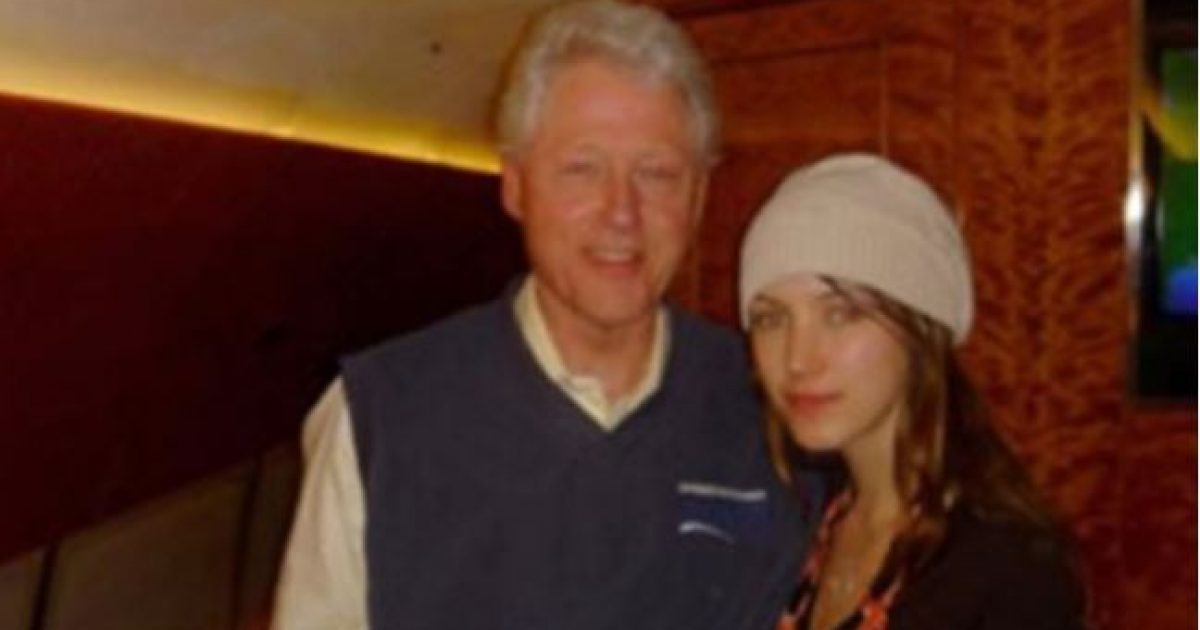 Kirsters Baish’s OPINION – Investigative reporter/author of the book, “Trafficking,” which is about the Jeffrey Epstein scandal, Conchita Sarnoff, sat down with Shannon Bream earlier this week to speak about details of what she knows. She stated that former President Bill Clinton was logged as having flown on Epstein’s infamous “Lolita Express” 27 times, and almost every single time, there were underage girls aboard.

Sarnoff went on to claim that Clinton had lied about flying on Epstein’s plane.

According to the Gateway Pundit, “Conchita Sarnoff spoke with Sean Stone on Russia Today about her book “Trafficking” back in April 2016. Epstein was given only 13 months in prison instead of the minimum 20 years given to other child sex perpetrators. Sarnoff told RT the abused girls were all under the age of 16-years-old. Sarnoff then read from her book on victim Virginia Roberts who told the judge during court proceedings that Epstein had several prominent clients.”

Sarnoff read aloud the following from her book:

“Towards the end of that testimony he asked her about former President Bill Clinton. And she says that there, that there was sexual conduct and foreplay and there was a bed on Epstein’s jet. And she goes on to say what they did and then when Scarola (attorney for victims) asked her, “When you say here what do you mean?”… She placed former president Clinton on the island where Jeffrey Epstein has his residence.

Sarnoff went on to read more from her book as well as the victim’s testimony, “And then the attorney asks her, “Were all of you staying at Jeffrey’s house on the island including Bill Clinton? And she responds, “That is correct.”

Epstein, the wealthy and politically connected financier who pleaded not guilty during his initial appearance in a New York City federal court, but is now diseased had been accused of preying on “dozens” of victims as young as 14.

Clinton, meanwhile, said in a statement that he “knows nothing” about the “terrible crimes,” insisting that he took “a total of four trips on Jeffrey Epstein’s airplane” in 2002 and 2003 –  while his Secret Service detail traveled with him at all times – and that he had only brief meetings with Epstein.

But Sarnoff, who first broke the Epstein story back in 2010, says the figure isn’t accurate, claiming that Clinton was a guest on Epstein’s planes many more times over a longer period.

“I know from the pilot logs and these are pilot logs that you know were written by different pilots and at different times that Clinton went, he was a guest of Epstein’s 27 times,” Sarnoff said, going on to say that “many of those times Clinton had his Secret Service with him and many times he did not.”

Seriously unbelievable how the Clintons have remained untouched by the law over the decades they have ‘served’ with so many scandals under their belt.