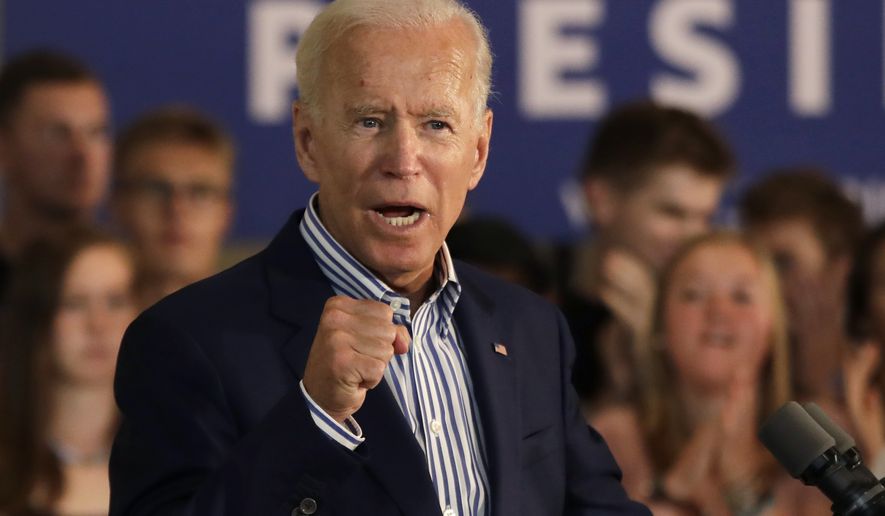 We all have dreams.

I think of where we are at the moment. You know, none of you men are old — women are old enough, but a couple of you guys are old enough to remember. I graduated in 1968. Everybody before me was, drop out, go to Haight-Ashbury, don’t trust anybody over 30, everybody not getting involved. I’m serious, I know no woman will shake their head and acknowledge it, but you guys know what I’m talking about. Right? But then what happened? Dr. Ki— I only have two political heroes. I have one hero who was my dad, but I have two political heroes were Martin Luther King and Bobby Kennedy. My senior semester they were both shot and killed. Imagine what would have happened if, God forbid, Barack Obama had been assassinated after becoming the de facto nominee. What would have happened in America?

Joe stayed in but seems to be dropping stuff that no one even heard of in Haight-Ashbury.

There’s just so many layers to this onion. Biden, originally a Republican, who became a retail politico, is acting like he was in on the Age of Aquarius. Then there’s the implied #MeToo stuff: “I know no woman will shake their head and acknowledge it, but you guys know what I’m talking about.” And the lefty Boomer tribute (Bobby and MLK) climaxes with a fantasy in which Obama gets shot.

Actually, no. My favorite is the “de facto” part.

Joe wouldn’t want to imply that he wanted to Obama dead after he was officially nominated. That would be too self-serving.

Obama became a de facto nominee once Hillary conceded. Biden’s pick was announced in August. Obama seemed to have initially picked Bayh before backing off for reasons unknown. A few days before the convention, Biden’s name was announced.

Now Joe, while guzzling whiskey, fantasizes about a world in which the de facto nominee is assassinated just as he’s about to become the official nominee. Biden, clasping his body in his arms, gets up on stage and starts rambling about Haight-Ashbury, MLK and Bobby Kennedy.

Then, President Biden calls up Angela Lansbury and tells her to tell the Russians that the Reset Button’s getting pushed.

Also, because no Biden speech can be just a little crazy, there’s the time he was accused of being gay.

But here’s the deal. An entire generation was energized. We finally finished the Voting Rights Act. We finally got the Civil Rights Act back on the road. We finally were in a position where we started to begin the women’s movement, and began to treat women — I remember because I was such a big supporter of the E.R.A in 1972, quote — to show you how things have changed, thank God — “Well, you know why Biden is for the E.R.A., he’s probably gay.” Not a joke.

A joke would imply self-awareness.

Anyway, Biden, fresh from fantasizing about an Obama assassination, he fantasizes about a world in which people thought he was gay.

Not even the Russians could pull that one off.