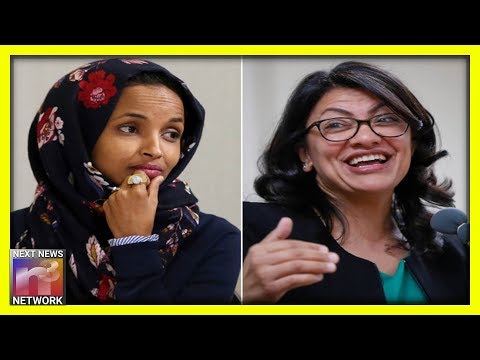 Leave it to Rashida Tlaib to think that the people want to see more of her staged theatrics.

Voters are wising up to this game Rashida.

Again, people are growing weary of the theatrics and Rashida Tlaib continues to play the part of thespian:

Democratic Rep. Rashida Tlaib broke down during a press conference about her botched trip to Israel Monday, condemning Israeli Prime Minister Benjamin Netanyahu for taking “a page out of Trump’s book.”

Tlaib of Michigan and Minnesota Rep. Ilhan Omar were denied entry into Israel because of their support for the boycott, known as Divestment and Sanctions (BDS) movement. Anyone supporting boycotting Israel can be denied entry into the country under Israeli law.

Tlaib then requested permission to go visit her grandmother and promised not to promote boycotts, and was granted permission to enter the country. Hours after being granted a humanitarian visa, Tlaib denied the visa and went after the Israeli government for “oppressive conditions.”

“As a young girl visiting Palestine to see my grandparents and extended family, I watched as my mother had to go through dehumanizing checkpoints,” Tlaib said Monday as she broke down. “Even though she was a United States citizen and proud American.”

She continued stories about Israel, saying that she was “humanizing the pain of oppression.”

Read the rest at The Daily Caller…

More is being revealed about Tlaib’s true colors every day it seems:

Is this really a woman we want in our House?

That will be up to voters in her district to decide in 2020.

But they need to understand that she has lied to them on multiple occasions and represents an explosive and irrational side of the left that needs to be extinguished.

Until the bad elements are removed, on BOTH sides of the aisle, then nothing will ever get done in congress.

Let’s not forget that this is the same woman who went on the warpath to impeach Trump and had ONE willing cosigner.

On a brighter note, there is a petition to impeach Rashida Tlaib that has all kinds of support:

I don’t think Al Green signed that one but he should probably consider it.

Distancing himself from this woman is just good politics.

Note to ALL Dems: Eat your own, before it’s too late.

When Scientific Journals Align Themselves With CHINA’s Propaganda . . . Should We STILL ‘Believe’ Them?
March 5th, 2021 Clash Daily

If Nazi & Bomb Making Books Can Openly Sell On Ebay, Why Did They Cancel Dr. Seuss?
March 5th, 2021 Sons of Liberty Media