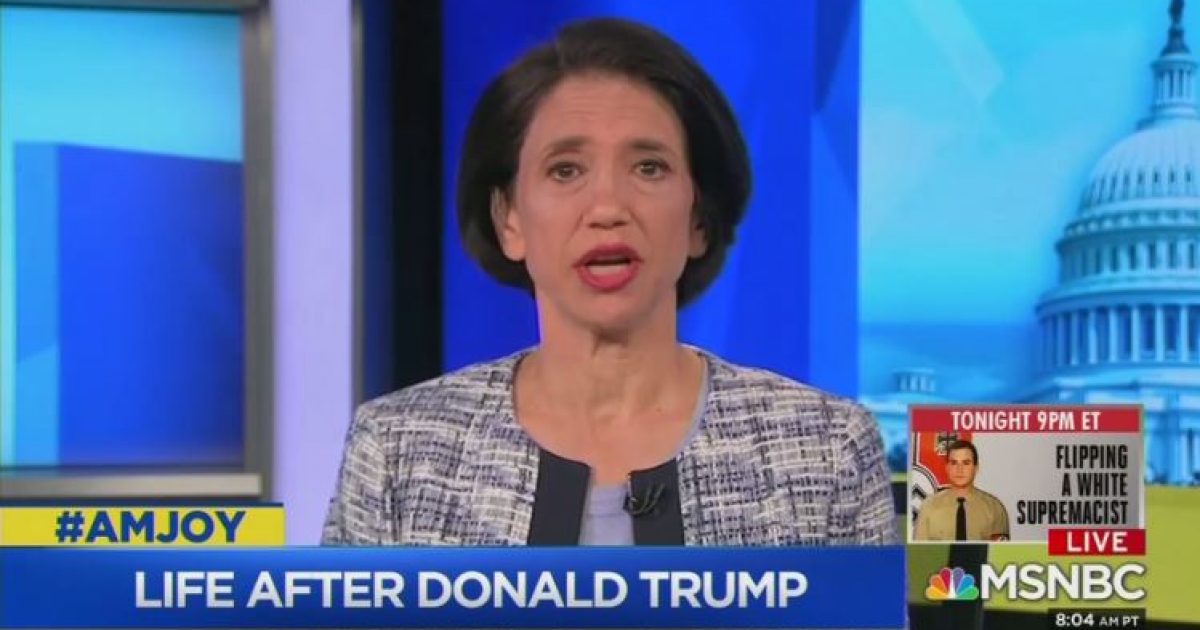 While appearing on Sunday’s edition of MSNBC’s “AM Joy,” Washington Post propagandist Jennifer Rubin said in no uncertain terms that the Republican Party must be “burned down” with “no survivors.”

“It’s not only that Trump has to lose, but that all his enablers have to lose — we have to collectively, in essence, burn down the Republican party. We have to level them because if there are survivors — if there are people who weather this storm, they will do it again — will take this as confirmation that, ‘Hey, it just pays to ride the wave — look at me, I’ve made it through,’” she told Joy Reid.

Keep in mind this is supposedly a “right-leaning” columnist for the Washington Post.

She wasn’t finished, however, and falsely accused the party of engaging in voter suppression:

This has become a dysfunctional anti-government party. That is not what the country wants and what it needs. And the proof is in the pudding. The reason they engage in voter suppression is because their underlying agenda is very unpopular. No one’s in favor, it turns out, of taking away people’s health care. People don’t like it when you come after Medicaid and Medicare.

And, Newsbusters tells us, she expressed hope in a country run by Democrats:

Of course, we’re not surprised at Rubin’s violent language.  Violence and hatred are now the hallmarks of the left and MSNBC.

Here’s video of her comments:

Exit question:  Does Rubin want a second bloody civil war in America?  It sure looks that way to us.