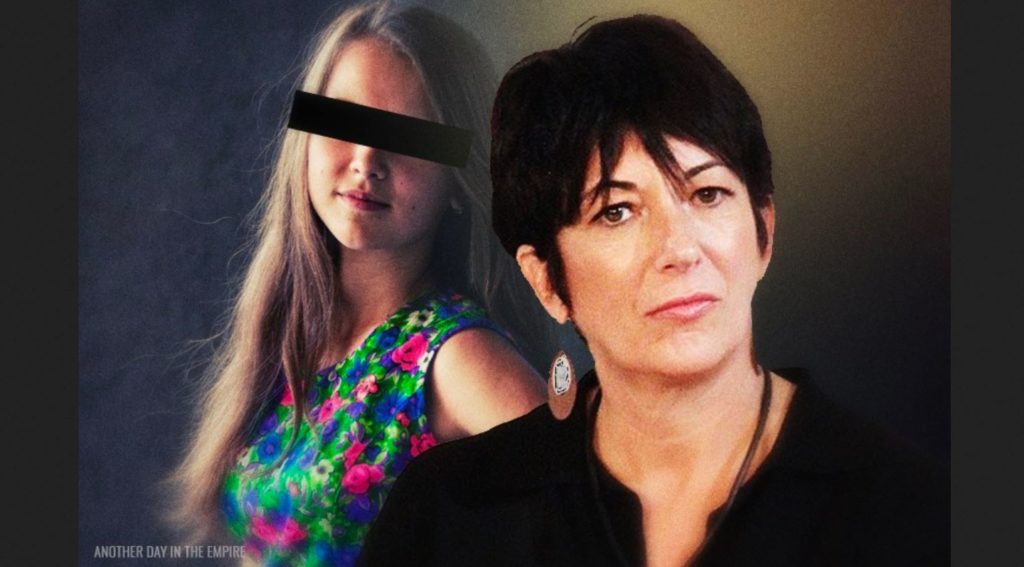 It now looks like that photo of Ghislaine Maxwell at a burger bar in California is a fake. It was allegedly taken by her close friend and lawyer, Leah Saffian. Metadata on the image file is tagged with “Meadowgate,” the media investment corporation where Saffian is president. At least one photo shows Ghislaine with Dexter, Saffian’s dog.

What is the point of this photo, which was at first assumed to be legitimate? The answer is quite simple: Maxwell, Jeffrey Epstein’s collaborator in serial rape of 14-year-old girls, is laughing at the so-called justice system.

Here’s Maxwell’s subtext—she is protected, she will never see the inside of a prison cell for the unpardonable crime of making an unknown number of children sex slaves. The civil cases against her and the Epstein estate will fizzle out and go nowhere. She is thumbing her nose at the victims. She once referred to them as “nothing” and trailer park “trash.”

Legal experts say it will likely be difficult for prosecutors and Epstein victims to win criminal cases and civil lawsuits against the financier’s former associates… If prosecutors have strong cases against the peripheral players, they would have charged them already.

Ghislaine, the daughter of the late Mossad operative Robert Maxwell, is not a peripheral player. She recruited pervert Epstein’s girls, taught them how to perform oral sex, and loaned them out to his rich and elite friends. None will go to prison, or even face serious investigation. London police refuse to investigate Prince Andrew. A system of law designed for commoners doesn’t apply to royalty.

Probe into claims that girl, 17, was trafficked by Jeffrey Epstein to sleep with Prince Andrew were 'axed' by police https://t.co/SRlLnCTxg6

After the news cycle leaves Epstein behind, Ghislaine Maxwell will resume her life as a British socialite. She’s a protected intelligence asset like her father—or he was until he stepped on the toes of the wrong people and ended up mysteriously dead. He swindled his employees out of their pension funds. After his death, Maxwell was celebrated in Israel as a national hero.

According to Gordon Thomas, author of Gideon’s Spies: The Secret History of the Mossad, Robert Maxwell was owned by Israeli intelligence.

Israel would treat Robert Maxwell lavishly, supplying him with prostitutes for oral sex, while surreptitiously filming him to build up a "small library" of blackmail videos. Sounds like Ghislaine learned a few tricks from the Mossad's treatment of her dad. https://t.co/n87MXFwKbG pic.twitter.com/5YidF3IDYS

Ditto the Epstein case. It will fade into the sunset and those of us who know the truth—the elite corporate and financial class are responsible for murder, mayhem, and the rape of children and will never be held to account. Those who insist otherwise will be denounced as dangerous conspiracy theorists.