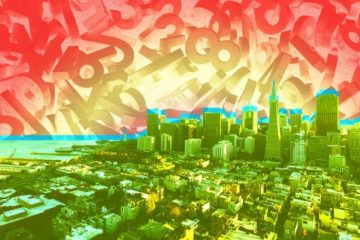 Americans have either heard about the “social credit system” in use by the government of China to inflict punishment upon its citizens that engage in activity the government deems unacceptable or have read numerous news articles about the intrusive, totalitarian, oppressive measure.  Reports have indicated that Chinese citizens who have poor “social credit” scores are barred from using public transportation, excluded from top jobs, and have prohibitions set that prevent their children from entering top schools, just to name a few punishments inflicted by the government because of this system.

Many warned this system could be coming to the united States as tech company giants have engaged in silencing conservatives, Christians, constitutionalists, and those expressing viewpoints in opposition to what tech company giants owners/employees hold.  As it turns out, Fast Company confirms that big tech “Masters of the Universe” are in the process of developing similar systems to China’s in order to “monitor and regulate personal behavior.”

Fast Company has caught on to what Breitbart News has been highlighting for some time: that the Big Tech Masters of the Universe are developing systems to monitor and regulate personal behavior that closely resemble China’s totalitarian “social credit” system.

The “social credit” system assigns all Chinese citizens a “social credit score.” A citizen’s score drops if he engages in a range of disfavored activities, ranging from littering to supporting political dissidents.

Citizens whose score drops low enough can find themselves subject to strict punishment, including bans from the use of public transport, exclusion from top jobs, and prohibitions on their children attending top-rated schools.

This may sound alien and Orwellian, but as Fast Company notes, Silicon Valley is bringing a version of this grim reality to America.

Many Westerners are disturbed by what they read about China’s social credit system. But such systems, it turns out, are not unique to China. A parallel system is developing in the United States, in part as the result of Silicon Valley and technology-industry user policies, and in part by surveillance of social media activity by private companies.

China’s social credit system, called a work still in progress, has been in place since 2014, but could evolve into a single, nationwide point system for all Chinese citizens.  Similar to a financial credit score, this totalitarian system punishes citizens for “transgressions that can include membership in or support for the Falun Gong or Tibetan Buddhism, failure to pay debts, excessive video gaming, criticizing the government, late payments, failing to sweep the sidewalk in front of your store or house, smoking or playing loud music on trains, jaywalking, and other actions deemed illegal or unacceptable by the Chinese government.”

The system awards citizens with points for things as simple as charitable donations or taking parents to the doctor.

Punishments under the Chinese government social credit system can be harsh.  One could be barred from leaving the country, checking into hotels, from obtaining high-speed internet connections, as well as others previously mentioned.  The worst punishment is the social stigmatism as a result of being registered on a public blacklist.

Social media companies in China have formed partnerships with the communist government.  These companies are aiding and abetting the government to persecute its citizens.  But, this is not unfamiliar here in the united States.  According to Breitbart News, “social media platforms have become a means of extra-judicial censorship for politicians.”  While the First Amendment prevents Congress from passing laws infringing upon speech or inflicting sanctions against those asking government for a redress of grievances, aka peaceful protest, the US government can always bully or coerce the big tech giants to do their dirty work for them.

Wasn’t it President Trump who suggested using Amazon Echo and Google Assistant to listen in on private family conversations to determine who should and should not have guns in the home?  Don’t forget about the revelations Edward Snowden presented to the public about measures and systems already in place to listen in, record and preserve private conversations, activating computer and cellphone microphones and cameras remotely, gaining access to homes via “smart” TVs, and other intrusive measures the citizenry was oblivious that the government implemented after 9/11.  While the response of the citizens was mixed, divided along party and ideological lines, the outrage was less than many expected and lasted such a short time that politicians knew they could ride the wave to the end while engaging in dog and pony “congressional” hearings and investigations to satisfy a gullible public.

These big tech giants that implemented social media platforms are now going to decide how valuable individual citizens are in the US through the implementation of a social credit system similar to ones being implemented in China.  By whose authority are these companies and the CEOs charged with violation of privacy of individuals?  No one and no founding document of the united States or any of the individual States.  Moreover, no authority is given to government or has been given by our founding documents to engage in any of the unconstitutional, unlawful, illegal, and immoral violation of the right to privacy in any shape or form.

A system such as this is about as communistic, totalitarian, authoritarian and Orwellian as it can get.  It’s Pavlov’s dog system these companies seek to implement to modify behavior to what “they” deem appropriate and acceptable.  Anyone who claims this is just another way for the government to keep this republic safe from terrorism and if you are doing nothing wrong there is nothing to worry about is a full-blown ID10T card-carrying member.  This is nothing more than classical conditioning for thinking modification through programmed learning using reinforcement.

If this system is implemented because no one stops it, one could wake up one morning to find a rejection for a car one wants to purchase, eviction from one’s apartment, denial of buying a home, inability to access public transportation to get to work, or denial for promotion – all based on a social credit score.

A form of this is already in use by the New York State Department of Financial Services.

The New York State Department of Financial Services announced earlier this year that life insurance companies can base premiums on what they find in your social media posts. That Instagram pic showing you teasing a grizzlybear at Yellowstone with a martini in one hand, a bucket of cheese fries in the other, and a cigarette in your mouth, could cost you. On the other hand, a Facebook post showing you doing yoga might save you money. (Insurance companies have to demonstrate that social media evidence points to risk, and not be based on discrimination of any kind—they can’t use social posts to alter premiums based on race or disability, for example.)

The use of social media is an extension of the lifestyle questions typically asked when applying for life insurance, such as questions about whether you engage in rock climbing or other adventure sports. Saying “no,” but then posting pictures of yourself free-soloing El Capitan, could count as a “yes.”

This should put the icing on the cake for anyone still using Facebook who values privacy since there are alternatives now available for conservative, Christian, constitutionalist, and freedom-loving individuals.

However, if you patron a bar, a Canadian company called PatronScan has you in its sights.  The products in kiosk, desktop or handheld form is designed to “help bar and restaurant owners manage customers”.  PatronScan is a subsidiary of Servall Biometrics and is available in the united States, Canada, Australia, and the United Kingdom.

What does PatronScan do?  It assists with spotting fake IDs – and troublemakers.  Upon arrival to the bar, the individual’s ID is scanned using the PatronScan software.  “The company maintains a list of objectionable customers designed to protect venues from people previously removed for ‘fighting, sexual assault, drugs, theft, and other bad behavior,’ according to its website.”  This list is public and shared with all PatronScan customers.  So, if you are flagged from entering one bar or restaurant that uses PatronScan, you are banned from all bars and restaurants using the software in the US, Canada and the UK for one year.

Who judges the behavior that qualifies for inclusion on the list?  That is left to the bar or restaurant owner and/or managers.

According to Fast Company:

Judgment about what kind of behavior qualifies for inclusion on a PatronScan list is up to the bar owners and managers. Individual bar owners can ignore the ban, if they like. Data on non-offending customers is deleted in 90 days or less. Also: PatronScan enables bars to keep a “private” list that is not shared with other bars, but on which bad customers can be kept for up to five years.

PatronScan does have an “appeals” process, but it’s up to the company to grant or deny those appeals.

UBER and AirBnB have similar systems in place. AirBnB can disable your account for life, for any reason it decides and retains the “right” to keep you from knowing the reason.  Moreover, the decision is “irreversible” and affects future accounts.  With UBER, drivers can rate the customer, meaning if you receive a rating of “significantly below average”, you can be prevented from accessing UBER services.

The problem will all of this is simple – it’s outside the legal system, punishing crimes without due process, any assumption of innocence, legal representation, no judge, no jury and no appeals process.  In a “social credit system”, you have no rights whatsoever.  Basically, it’s an end run around the legal system where there are no elections to remove those making the rules.

Fast company summarized the use of a social credit system in the following context. “In the future, law enforcement may be determined less by the Constitution and legal code, and more by end-user license agreements.”

Before everyone gets up in arms, ask yourself this question.  “Aren’t these companies just following the government example of the no-fly list and various surveillance mechanisms the people have silently accepted through continued compliance?”

Now, this is different from a business owner’s freedom of association and being able to refuse service to anyone for any reason.  This system denies the individual services across multiple businesses for some behavior already considered criminal that should be addressed through the legal system and for some reasons the individual is not privy and therefore has no recourse to correct the information if incorrect.  Moreover, while the system prevents those who commit criminal offenses from entering those establishments, no mention is made about contacting law enforcement.  Simply being rude in an establishment could get one banned from all similar establishments.

America is heading toward a slippery slope, if not already sliding down one.  Government and the big tech giants already are cozy bedfellows.  This would be another avenue government could use to inflict punishment on those who object to its continued corruption, usurpation, illegality, immorality, and lawlessness.

Rasmussen: More Than A Quarter Homes With Guns Bought Them Recently
August 7th, 2020 The Lid

Guess Who Wants To Count Illegal Immigrants In The Census?