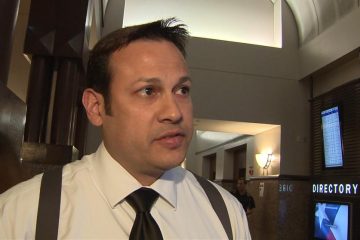 Of course, this isn’t exactly Jeffrey Epstein, but a formerly powerful Democrat attorney, who was also a judicial candidate, was found guilty on six counts of human trafficking in federal court and the mainstream media didn’t even make a peep.

Attorney Mark Benavides was found guilty of a criminal conspiracy that involved trading sex, including sadistic sex that was recorded, to providing defense services to females and the unsealing of his indictment was a part of the more than 24,000 sealed indictments that are slowly being unsealed in America.

Benavides is accused of trading legal services for sex with his female clients, then recording those sexual encounters.

During the trial, San Antonio Police Department detective Manual Morales testified that police found a filing cabinet at Benavides’ home containing 246 of what the detective called “pornographic DVDs” that showed Benavides having sex with women who police said were Benavides’ clients.

Some of the graphic and sexually explicit videos were played for jurors. A video was so graphic that a female juror fainted as the panel left the courtroom last Tuesday.

The women testified that in addition to recordings made in a motel, Benavides also had sex with them in jury and witness rooms at the courthouse.

Now, the verdict was handed down in April 2018, but how many people reading this saw it in the mainstream media?  I’m guessing not many.

That’s not all, according to Puppet Strings News:

The clients of Benavides were all criminals such as prostitutes and drug addicts, all of whom were granted his services by trial judges via court-appointed attorney programs. Benevides would then promise the women that if they allowed him to engage in erotic sex that sometimes included physical torture, that he would offer them a legitimate defense in the courtroom. Throughout the trial, the San Antonio Police Department’s Detective Manual Morales testified that during one of the searchwarrant executions at Benavides’ homes they discovered an enormous treasure-trove of digital video recordings which depicted Benavides in scenes of sexual gratification for the perverse Attorney who forced his clients into such ordeals.

Morales said police found 246 total “pornographic DVDs” inside of a filing cabinet in the home, and each of those contained videos or Benavides and those female clients. Some of the content on the explicit videos had such graphic scenes, that one of the female jurors fainted as the group of twelve left the courtroom on Tuesday after being forced to watch them.

Benavides is facing between 25-99 years in federal prison for his crimes.  According to FOX San Antonio, “Benavides will not be eligible for parole from his sentence until 30 years have been served.”

His victims, along with everyone else will be forced to pay for his food, clothing and housing during that time.  Think about it.